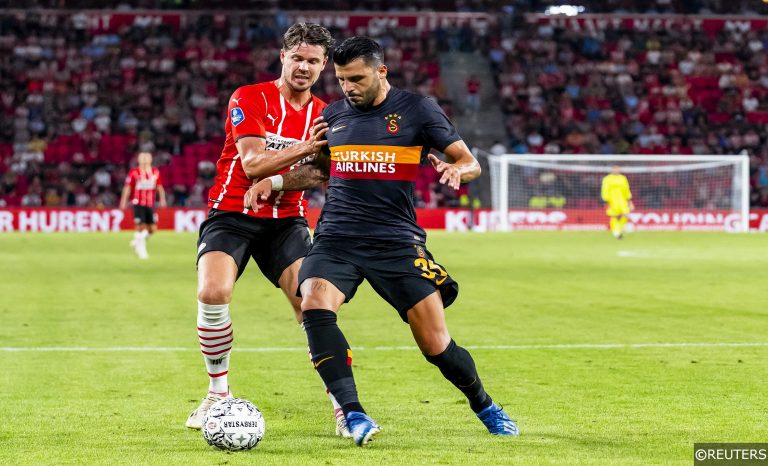 The Champions League proper is almost upon us, but there are still six spaces to be filled before the group stage draw later this week.

Tuesday night will see three of those spots claimed with three second legs from the playoff round to play. We’ve taken a look at all three games and we’ve put together a treble across Tuesday’s fixtures which can be backed at 19/2!

You can back that tip below, while you can see more analysis over on our Match Predictions page.

Ferencvaros have won all three home games in Champions League qualifying, but that run should fall against a stronger Young Boys outfit. The visitors won the first leg 3-2 in Switzerland and they head into this clash on the back of a three game winning streak.

However, Young Boys have conceded in seven of their last eight and they’re without a clean sheet in their last five matches. While the hosts look vulnerable their high-scoring first leg points to goals on Tuesday night so back Young Boys to win and both teams to score.

Malmo cruised to a 2-0 win over Ludogorets and now they’re on for a group stage place barring a big comeback here. The visitors look good to make it through, having gone unbeaten in the Champions League this term (W5 D2), scoring at least twice in each of their last five games.

However, the hosts are set to be stronger at home as they look for a way back into this tie. They’ve scored six times across their three home ties in Europe this summer and we’re backing them to score against a Malmo side who have seen BTTS land in five of their last six Champions League outings. As a result, I’m backing a high-scoring game with goals for both sides and a 2-2 draw is my correct score prediction.

Benfica won 2-1 when these two sides last met and we expect more goals in the second leg clash on Tuesday. Both teams have been brilliant domestically to start the new season, each recording perfect records so far.

I’m backing another high-scoring clash and with Benfica scoring in a defeat in four of their last six trips in this competition extra-time wouldn’t be a shock either. Over 2.5 goals in my first prediction alongside a 2-1 win for the hosts.