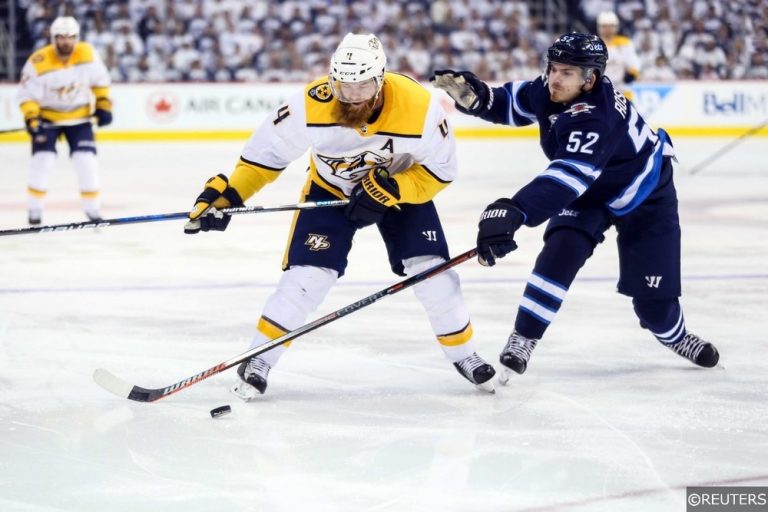 The Blackhawks were the 10th worst team in goals scored statistics last year (228, 2.78 per game), and also the 8th worst team in goals against (254, 3.10 per game). Many of Chicago’s star players had a terrible season last year, some of them because of injuries, others simply because of bad performances. You would have expected some heavy changes in the Blackhawks roster in the off-season, but this has not happened. Perhaps the Chicago management team thought this was just some bad coincidences at the wrong time? We don’t think so. The Blackhawks will be in big trouble this year and will probably not qualify for the playoffs.

Colorado Avalanche
Last Season: 4th (17th overall); 43-30-9.
Were eliminated by the Predators in the first round.

Avs lost a great goalie but have filled his position with a suitable replacement. Gabriel Landeskog and Nathan MacKinnon were amazing last year, and mainly thanks to them, Colorado ranked 10th in goals scored last year (255 goals, 3.11 per game). There are some problems, but the Avs should improve on their 2018/19 campaign. Colorado will probably qualify for the playoffs once again.

It’s obvious that the Stars were highly dissatisfied with last season’s result. Their offensive line is very strong but still can’t produce a satisfying number of goals. Defense and goaltending are great, but the lack of goals is an issue to be worried about. We believe that Dallas‘ performance this season will be better and they might even reach the playoffs.

Minnesota was the 11th best scoring team last season (250 goals, 3.05 per game). They were also the 11th best defensive team (229 goals against, 2.79 per game). Minnesota’s main problem is their playoff performance. The Wild only won 4 playoff games in 3 years, and we are afraid this season won’t be much different. Minnesota should still qualify for the playoffs easily, but we’ll see what happens when they actually start.

Great goalie, defense, defense, defense, first attacking line. This is a summary of the Preds in a few words. They are a great team, but they have problems with the productivity of their offensive lines. The Predators are still very strong contenders in the race for another President’s Trophy and also the Stanley Cup.

The St Louis Blues are another “defense first” team. The problem is in their offense (they were the 8th worst scoring team last year). A big trade with Buffalo could bring some offensive talent, but St. Louis must change some of their gameplans as well. Are the Blues a 2018/19 playoff team? Probably not. There are too many teams better than them in both their division and conference.

With an explosive offense, amazing goaltender and tight defense, it’s hard not to see the Jets in the next Stanley Cup playoffs. Both losses previously mentioned are painful ones for Jets fans (because these two were significant in Winnipeg’s game play), but they are a team able to adapt to this kind of situation. Jets are one of the favorites for the 2018/19 Stanley Cup.