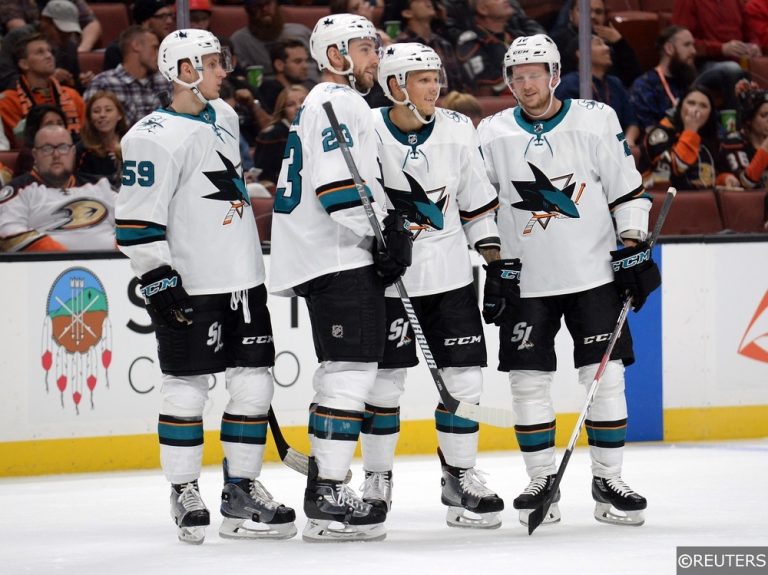 The Ducks have always been a defensive-minded team. Their defense is pretty solid and Gibson’s numbers are incredible; he is one of the best goalies in the entire league. Problems are with the offense. The former hotshots Ryan Getzlaf, Ryan Kessler, and Corey Perry had a very average season last year and they’re also not exactly the youngest guys in the league. There are some offensive prospects (like Silfverberg, Rakell or Kaše), but for offensive-minded NHL of these days… It won’t be enough. Anaheim will need to change their game soon, otherwise, they won’t make the playoffs this season.

Arizona Coyotes
Last season: 8th (29th overall); 29-41-12.
Never qualified for the Stanley Cup playoffs. The last franchise success was when they were named the Phoenix Coyotes and they got to the conference finals in 2011/12.

Arizona Coyotes will try to bounce back from the stigma of being one of the worst teams in the league. Antti Raanta had a great end of the season, and if he continues in the same way, Arizona’s goaltending problems should disappear very quickly. Oliver Ekman-Larsson is still only 27 and he is already one of the best defensemen in the league. With many young talented players on offense, we believe that the Yotes will end up way higher than last season.

Mike Smith’s numbers were quite impressive last season, but this era and style of hockey is quite a lot for a 36 year old. The Flames spent a lot of time making their defensive lines work properly, and they finally started focusing on their offensive line during the off-season. Now they have players like Neal, Lindholm, Ryan, together with Gaudreau, Monahan, Frolík, Tkachuk… if the chemistry is right, making this year’s playoffs shouldn’t be a problem at all for Calgary.

It’s hard to believe Connor McDavid is only 21. But even without him, Oilers offense is in great shape. On the other side, the defense is just plain bad – 5th worst defense in the league in terms of goals against: 262, 3.20 GA per game. Cam Talbot’s numbers are also not exactly great for a no.1 goalie of a team that wants to reach the playoffs.

LA Kings have always been a “defense first” team. This could work, and has worked, a few seasons ago but the NHL has evolved to a fast, high-scoring, offensive style of hockey. Ilya Kovalchuk, as the only aid for the King’s attack, is simply not enough. One Californian team has already realized that a defensive gameplan is obsolete, the other two teams are yet to follow suit. Without major improvement, the Kings will not make the playoffs this season.

The improved Sharks are now even better. Their new gameplan already involved offensive-minded defensemen such as Brent Bruns and Marc-Edouard Vlasic, and the arrival of the superstar Karlsson will change their game even more. It looks like last year’s Sharks did not get used to their new style even though it could already have been deemed a success after their 4-0 sweep of Anaheim in the first round. We will wait for the chemistry of the team, but the Sharks should definitely be candidates for the Stanley Cup this season.

Post Sedin era will be tough for the Canucks. Both defense (259 goals against, 3.20 GA per game) and offense (218 goals scored, 2.66 per game) was the 6th worst in the NHL last season. Markstrom, the no. 1 goalie, was very inconsistent and Nilsson, the no. 2 goalie, had some ups but way too many downs. Vancouver simply need a few more years to regroup.

Great offense, one of the best goalies in the entire hockey world… The Golden Knights‘ roster doesn’t have many holes. Maybe the lack of a top defenseman after their failed attempt to capture Erik Karlsson. Their main problem could surprisingly be their success last season. As a new franchise, they reached not only the playoffs but also the Stanley Cup finals, so there will be a lot of pressure on this team. However, we think the Golden Knights can make playoffs again in what will be just their second season.