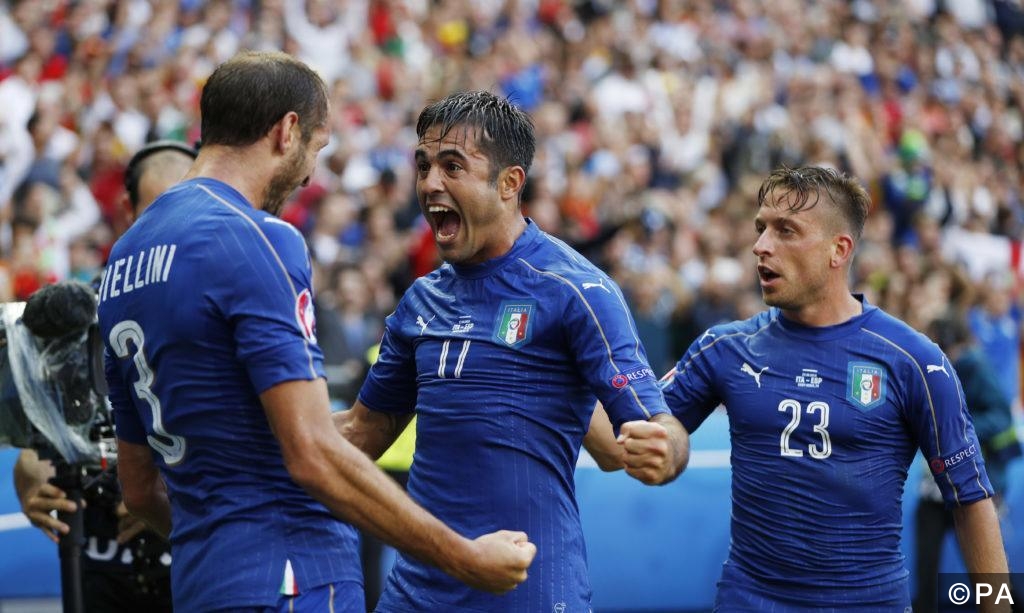 Our 3rd Accumulator win in 6 days since last Wednesday – this time £10 returned £43! This bet was a simple Double as there was only 2 games on – Italy v Spain & England v Iceland.

The 1st game kicked off at 17:00, Italy took on Spain in Paris. We needed Italy “Double Chance” (either a win or a draw) in this fixture. After Spain qualified for the last 16 phase convincingly and Italy doing the same, this game promised to be a classic – and that promise was not broken! Italy started very well, with a dominating faultless performance for the 1st 45mins, taking the lead through a poke in from centre back Chiellini in the 33rd minute. The 1st half ended 1-0 and left Spain needing a master plan to salvage something from this tie. 2nd half started as the 1st half ended. Italy proving trouble for Spain, outclassing them in every way. Towards the end of the game Spain started to press a little and created more but in true Italian style, they absorbed all pressure and even managing to grab a late 2nd goal through Graziano Pelle to round off a fine disply and the game ending 2-0. Leg 1 in.

Leg 2 was “Both Teams To Score” in the England v Iceland game which kicked off at 20:00 in Nice. What should have been a good game but slightly one sided was just that, but to the team not many people had anticipated to win the game. Raheem Sterling cut in from the left to be taken down by the Icelandic ‘keeper in the box, giving England a 4th minute penalty. Wayne Rooney stepped up and calmly slotted the ball into the bottom corner putting England 1-0 up. It was just 2 minutes later that Iceland got their reply – a long throw into the box, flicked on and the 2nd ball fell to Ragnar Sigurdsson who found the net, 1-1. TIP LANDS! It was then a long 72mins for England as Iceland scored in the 18th minute and sealed a historic victory, 2-1 it finished.

It’s really great to see so many of our followers making money on Euro 2016 by following our FREE tips! Check out a couple of the winning bet slips that were sent in to us via Twitter: