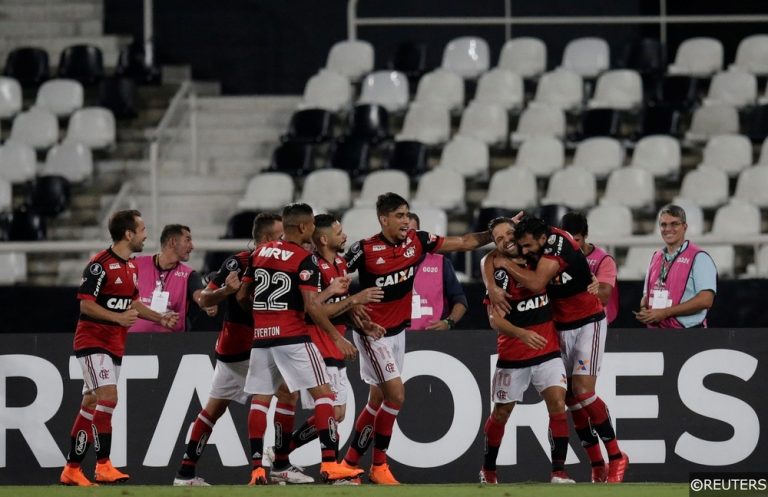 The World Cup is 2 weeks away, and our analysts have eased the transition from season – tournament with a 39/1 Correct Score Double winner!

What a winner in the build up to the #WorldCup! pic.twitter.com/uMMYF1jJ5J

Our Correct Score Double commenced at the City Arena Trnava where Slovakia hosted the Netherlands in an International Friendly. Both sides failed to qualify for the World Cup and therefore were using this as a warmup for the UEFA Nations League. The hosts started strong and led after just 8 minutes through Dinamo Bucharest forward Adam Nemec after an assist from Napoli’s Marek Hamsik. The Netherlands had a number of chances but it took them until 30 minutes from the end of the game to get an equaliser. Lyon’s Memphis Depay linked up with Spartak Moscow’s Quincy Promes to tie the game at 1-1. Thankfully the sides hung up their goalscoring boots and the fixture finished 1-1 after 90 minutes!

Our Double then transitioned to Brazil, where hosts Flamengo come into this fixture having lose just 1 of their opening 7 games this season. Bahia had lost all 3 of their away games to nil, but it took until the 42nd minute for Flamengo to open the scoring through midfielder Diego. We only had to wait 4 minutes for the home side to add to their tally, with Diego’s midfield partner Lucas Paqueta putting Flamengo 2 up before the break. There were chances for both sides in the second half but the scoreline stayed at 2-0 when the referee blew the final whistle. This landed the second leg of our bet and ultimately landed our 39/1 Correct Score Double!

The World Cup is around the corner and we cannot wait! Make sure you take a look at our  Free Football Predictions so you don’t miss out any future winners!

Thank you to all those who sent in their winning betslips to us via twitter!

A much needed win thank you pic.twitter.com/zMnUAHaqBP