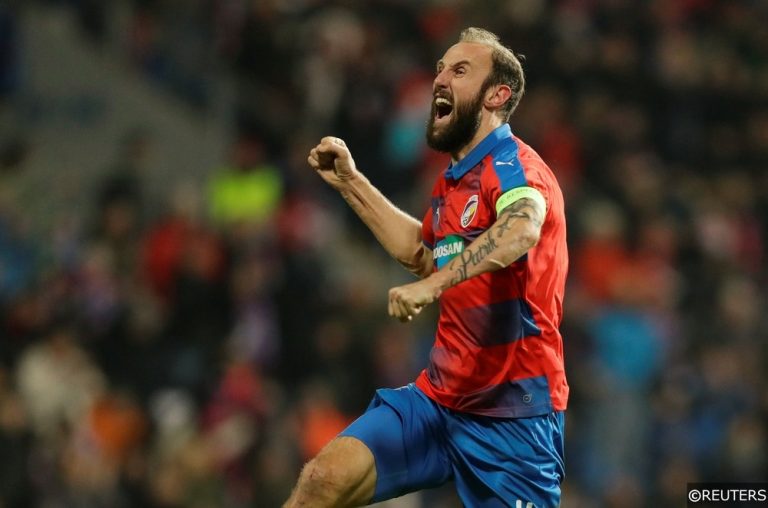 Happy Valentines Day from FST! Our football analysts have come through with a sensational 40/1 BTTS & Win Double landing on the return of Europa League football.

Here’s how the drama unfolded.

WHAT A RESULT FOR VIKTORIA PLZEN!

The first leg kicked off in Turkey for the first leg of the Europa League round of 32 clash between Galatasaray and Benfica. It was a game full of drama when the visitors were awarded a penalty in the 27th minute, with VAR introduced to the knockout stages we had to wait a few minutes but the penalty was given and slotted home by Benfica star Eduardo Salvio.

It wasn’t a great first half for the hosts but they came out firing with a goal through center back Christian Luyindama just 9 minutes into the second half. It took just 10 minutes for Benfica to regain the lead,  Swiss striker Harris Seferovic netted his 16th goal of the season to give the visitors a 2-1 lead heading into the second leg.

The second leg of the winning double is another from the Europa League with Viktoria Plzen playing host to Dinamo Zagreb. We needed luck on our side in this leg as Plzen went into the game as underdogs and found themselves a goal behind at half time. Our double was given a huge boost in the 54th minute as another center back found the net to equalise with a significant amount of time remaining.

Ludek Pernica hadn’t scored a goal for Viktoria Plzen until tonight, the center back stepped up when FST needed him most to give Plzen a well deserved lead and to land our monster 40/1 double in brilliant style!

Get in there. Cheers pal pic.twitter.com/2SaoBpdZ3r

@FootySuperTips only had £1 on it but it’s £40 I didn’t have this morning… thanks!! #boom pic.twitter.com/2fM61KmJRB