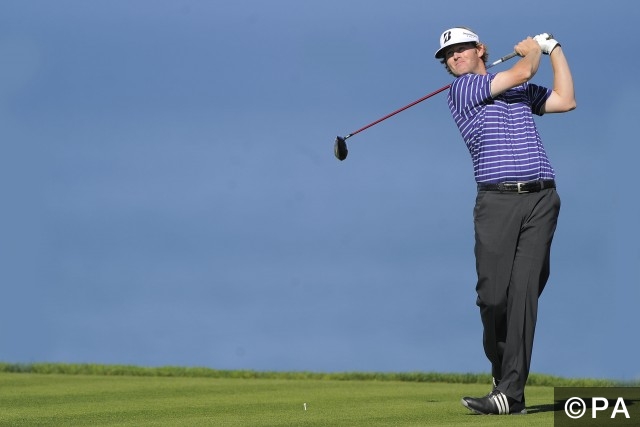 The Acca’s have got off to a great start in 2017 and we landed our third one in January on Thursday night in the Farmers Insurance Open. The original Acca paid about 15/1 but one of the matches ended in a three way draw hence the reduced odds but it is still a nice return nonetheless.

Our golf tips are posted every Monday night. What is included?

How We Did It

There’s no such thing as an easy 3-ball pick on the PGA Tour, competitive matches are always the norm. Retief Goosen was our first bet of the night, we had him to beat a tough group with Billy Horschel and Hunter Mahan. We were three shots adrift well into the back 9 but Goosen stuck at it and birdied two holes on the final stretch. Horschel’s putter was very cold luckily and he missed some easy birdie putts on the way in. All three players were on -1 going down the Par 5 18th but none of them could birdie it. Goosen missed a 14 footer and Horschel missed a 6 footer. Match ended in a draw!

Hideki Matsuyama made short work of Daniel Berger and Emiliani Grillo. The Japanese star dropped three shots in the last few holes to end the day -1 but that was still better than his rivals who finished the round over par on a very tough golf course. The last leg of the Acca was the little man, Brian Harman who played so well last weekend. Three shots adrift of Kyle Stanley after three holes, we thought our bet was doomed but he battled back so well and got himself to 4 under par by the end of his round. He saw off Kyle and Tyrone Van Asgewen to land the Acca! KABOOM!

From the cart path … into the lead.

Big Phil Shows Off His Magic

Which shot was was more impressive? pic.twitter.com/y1CjQszLn1

More money was made by our followers’ on our golf Acca last night. We will show you a handful of the winning slips. Follow us @FootySuperTips for all the latest sports tips, news, gossip and banter. The No. 1 place to be if you are a sports betting lover.