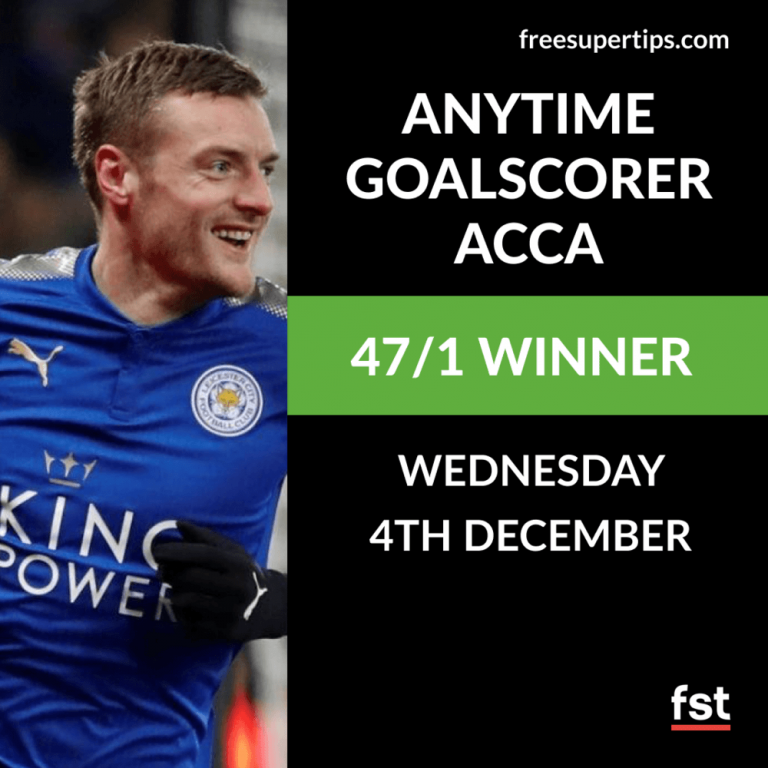 FST ARE ON FIRE!! After landing 11 accumulators over the past two weeks, our analysts have come through yet again with an incredible 47/1 Anytime Goalscorer Accumulator winner in the Premier League on Wednesday night!

With every game shown live on Amazon Prime Video, here’s how the drama unfolded!

We had to wait just 22 minutes for the first goal of our accumulator when Danny Ings sent the Saints 1-0 ahead at home to Norwich. Ings is on fire at the moment with 6 goals in his last 10 games for Southampton and always looked a great shout against 19th place Norwich.

The second goal of our winning accumulator came at Stamford Bridge for Chelsea’s clash against Aston Villa. Tammy Abraham was the man on our list and he didn’t disappoint with a tidy header to give Chelsea the lead. He now sits 2nd in the golden boot race with 11 goals in 15 games this season.

After scoring 3 goals in 2 games under the reigns of Jose Mourinho, Dele Alli was the third man we had in our accumulator. This turned out to be a controversial goal as the ball looked to hit Dele’s arm in the buildup. After a few minutes of reviewing, VAR awarded the goal and we were just two goals away!

With 13 goals scored in the opening 14 games, Jamie Vardy was always going to be included as 3rd place Leicester played host to rock bottom, Watford.  Arguably the most controversial of the night, Leicester were awarded a penalty which many thought was a poor decision from the referee and VAR. However, the spot-kick was awarded and Jamie Vardy netted his 7th consecutive goal of the season to move us to the final leg.

The Merseyside Derby was the destination for our final selection and it was a game that didn’t disappoint! With Salah and Firmino benched, Sadio Mane was in fine form and provided two assists before netting the final goal of our accumulator. Mane finished 4th in the Ballon d’Or race a few nights ago and produced a masterclass as Liverpool won 5-2 on the night.

Be sure to bookmark our Anytime Goalscorer predictions page to keep up to date with our upcoming goalscorer betting tips!

As always, our followers sent in their betslips on our official twitter page, here are a few that were sent in!