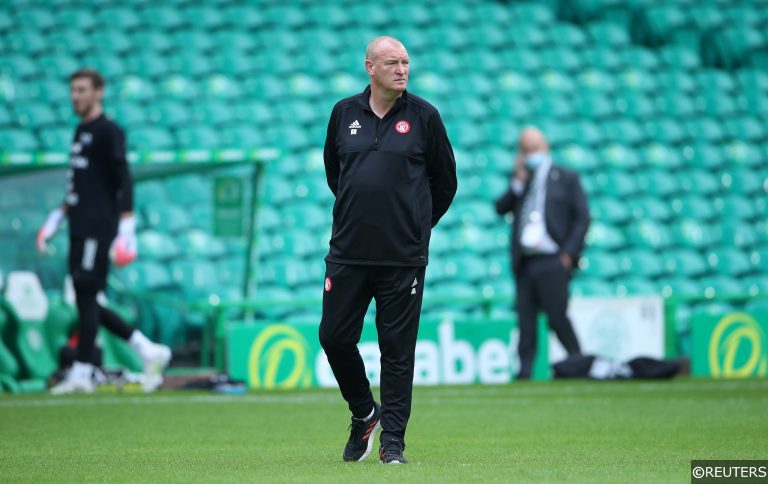 The Scottish Championship kicks off this weekend and Kilmarnock will begin the campaign as odds-on favourites to win the title after their relegation heartache last term.

Kille are 4/5 to take the top prize ahead of their opener against Ayr on Monday.  There are plenty of reasons to fancy Kilmarnock to win the league and bounce back at the first attempt.

After a surprise loss to East Kilbride in their season opener in the League Cup, the Rugby Park club have won three games in a row in the competition but they may not run away with the league and there are others to consider who offer better value.

Killie have seen a number of players depart over the summer, including last season’s top scorer in all competitions Kyle Lafferty, midfielder Aaron Tshibola and veteran defender Kirk Broadfoot, who all started in the second leg play-off defeat to Dundee in the final game of last season.

With that in mind, we feel the other relegated side could be worth a look in the outright market.

While Kille have reshaped their squad ahead of the new season, the Accies have largely kept their team intact.

There have been a few departures and the exit of goalscoring midfielder Ross Callachan is a blow, while defender Aaron Martin has also left for Port Vale.

However, Hamilton have added a few new faces themselves and the capture of striker Andy Ryan from Stirling Albion could prove to be a shrewd bit of business.  The 26-year-old is back for a second spell with the club and had an excellent goalscoring record in League Two last season with 10 goals in 19 games, if he can repeat those exploits at a higher level the Accies may have a bargain on their hands.

The New Douglas Park club were woeful last season but only finished up six points behind Kille. The Accies and have managed three wins in four League Cup games prior to the start of the Championship, and if they can get off to a good start in the league may well be able to maintain a title challenge.

Chances are the title battle will be between Kilmarnock, Hamilton and possibly Inverness Caledonian Thistle and/or Dunfermline but Raith could force their way into contention and are worth some consideration for an each-way bet.

The Rovers came in third last term, above the Pars and Caley Jags, and have recruited well during the summer.  The arrival of Christophe Berra from Hearts looks a great move to boost their defence, with the capture of forward James Keatings from Inverness also potentially an excellent bit of business.

The Kirkaldy club perhaps overachieved last season but they may be able to build on that and could well be in the mix for the title.

How many of London 2012 GB’s football squad can you name?