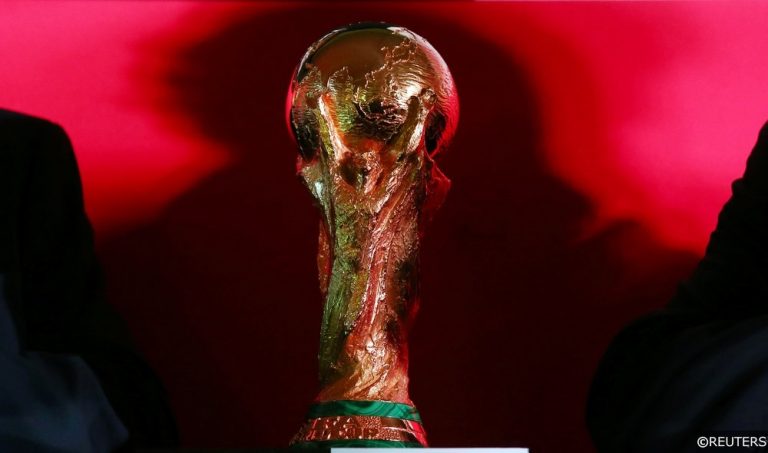 The eight Groups at the 2018 World Cup are well under way and supporters have already been treated to plenty of unanticipated odds defying upsets. The unusual results have increased the possibility of an early exit from the competition for some of the tournament’s bigger teams.

When major nations exit football’s biggest tournament at the Group Stage, it sends reverberations around the world. The fallout is usually intense and far reaching. The history of the World Cup is littered with just such seismic sporting events – let’s take a closer look at some of them.

1998 World Cup champions France had every reason to feel confident about repeating their success in South Korea/Japan four years later. Their squad was a “who’s who” of European footballing excellence and highly decorated winners. Among their number were Thierry Henry, Djibril Cisse and David Trezeguet – the top scorers from the Premier League, Ligue 1 and Serie A respectively during the 2001/02 club season.

France would be without Robert Pires’ and Zinedine Zidane’s innovation and creative spark in the opening exchanges of their Group, though Senegal, Uruguay and Denmark were expected to offer little resistance to Roger Lemerre’s side.

However, Senegal beat France 1-0 in the opening Group fixture and the first game of the 2002 World Cup itself, recording one of the biggest shocks in the history of the tournament in the process. In game two, an early Thierry Henry red card meant that France could only take a point in a 0-0 draw with Uruguay. Denmark faced and beat France (with a half-fit Zidane) 2-0 in game three to send the champions packing with one point and zero goals from their three group matches. Sacré bleu.

Brazil travelled across the Atlantic to England in 1966 as back-to-back World Cup champions. Having won their first tournament in 1958, the Brazilians defended their crown four years later in Chile. With Pele, Garrincha, Jairzinho and Tostao in their exciting team, they were expected to lift their third successive championship at Wembley.

The South Americans were handed a tough group, thrown in with Bulgaria, a strong Hungary side and Eusebio’s Portugal. Though they started their section positively, their opening 2-0 win against Bulgaria came at a price. After he scored the opening goal, Pele was cynically kicked from pillar to post by defender Dobrimir Zhechev and missed the next game through injury.

Hungary excelled in game two, blitzing Brazil 3-1 at Goodison Park in front of fifty thousand spectators. With Brazil in need of a win, Pele returned for the third and final contest of the Group, though he was far from fully fit and had to be substituted in the first half after another some more rough treatment from his Portuguese markers.

Inspired by a brace from Eusebio (who went on to be the tournament’s top scorer with 9 goals), Portugal beat Brazil 3-1 to seal the champion’s exit at the first time of asking. Brazil returned to win the World Cup in 1970, further proving just how surprising their 1966 group exit was.

Spain had looked set for a sustained period of world domination before their untimely exit from the World Cup in Brazil. The Spaniards had lifted the European Championship in 2008 and 2012 and were the winners of the 2010 World Cup in South Africa, dazzling the world with their “tiki-taka” passing triangles and mastery of the ball.

Drawn alongside the Netherlands, Chile and Australia, Spain’s passage through to the knock-out stages of the competition was thought to be a relatively straight forward one. However, the Netherlands, keen to avenge their final defeat four years earlier, had different ideas. In a clash that bordered on the surreal, the Dutch came from behind to batter Spain 5-1, despite only having 34% of the ball.

Still reeling from their annihilation, Spain fell to a 2-0 defeat against Chile in game two and their exit from the 2014 World Cup was sealed.  Vicente del Bosque’s men tried to restore some pride against Australia in their dead-rubber final Group game, thought their 3-0 win did little to alleviate their misery.

Usually any predictions made or praise lavished by the legendary Pele can be brushed off as another one of his overly grandiose, relationship-building pieces of lip-service, but when he tipped Colombia to win the World Cup 1994, many agreed with his forecast.

The Colombians had been sensational in qualifying, ending their campaign with a fabulous 5-0 victory over Argentina in Buenos Aires – a result that thrust Colombia centre stage and to the top of the favourite’s list of the World Cup in the USA.

However, things didn’t exactly go to plan. Their build-up to the tournament was controversial, with stories of illegal betting syndicates, organised crime cartels and death threats circulating around the Colombian camp.

The unease had a noticeable effect on performances. A slightly unfortunate 3-1 loss to Romania in their opening Group match was followed up by a harrowing 2-1 loss to the USA, a game decided by the now infamous Andres Escobar own goal. Colombia beat Switzerland 2-0 in their last game, though the damage had already been done. Just a week later Escobar was gunned down outside a bar in Medellin.

Cast into the “Group of Death” along with England, Nigeria and Sweden ahead of the 2002 World Cup, Argentina were the team who had least cause to worry out of the quartet of evenly-matched nations in Group F.

Argentina looked well on track for a place in the knock rounds when the opened their World Cup campaign with a hard-fought 1-0 over Nigeria. Gabriel Batistuta (who would retire from international football after the World Cup) struck the game’s only goal just after the hour mark and with England having drawn with Sweden in the evening game, Argentina were firmly in the Group F driving seat.

In game two, David Beckham exorcised the ghosts of ’98, when he scored from the spot to win the game for England against Argentina. Nevertheless, the Argentines’ fate was still in their own hands coming into their final match against Sweden.

Despite dominating throughout, Argentina could only a manage a 1-1 draw against the Swedes and were sent crashing out in 3rd place. (Incidentally, a 30-year old Henrik Larsson was replaced by a 20-year old Zlatan Ibrahimovic in the 88th minute in that game. What would Sweden give for striking options like that now?)

The Argentines had racked up 45 shots in their trio of group games and enjoyed two thirds of the possession against both England and Sweden. Their good performances only added to the exacerbation felt by their exit. South American rivals Brazil compounded Argentina’s misery by going on to win the 2012 World Cup a few weeks later.