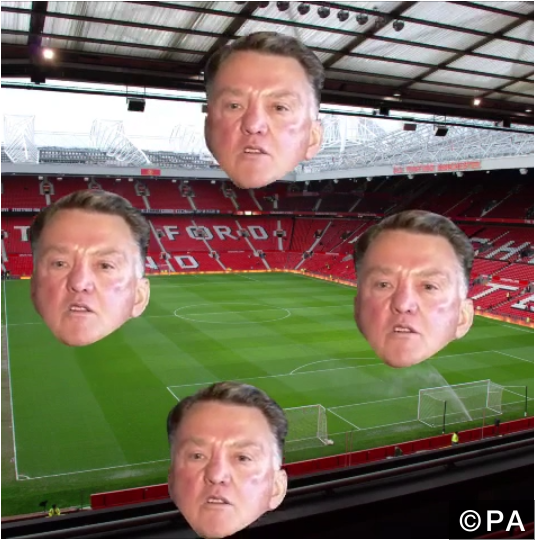 During his short time in the league, Van Gaal has displayed some outrageously funny moments including THAT moment during the Man United-Arsenal game at Old Trafford that pretty much broke the internet.

“I wish you a Merry Christmas and maybe also a Happy New Year.”

The Dutch manager likes to have things his way and you can see that from when he walked out on an interview where reporters kept asking questions that he had absolutely no intent of discussing:

Or when he called a journalist a fat man for criticizing his captain Wayne Rooney:

I’m not sure if it would be weird or wonderful to be a reporter attempting to interview Louis but I do know that I wouldn’t want to be on the end of that creepy ‘death stare’!

At times, the Red Devils manager can come up with some weird sayings. Just look at the face on Juan Mata:

Van Gaal has only been in the Prem for two seasons yet he’s already cemented his place as one of the most memorable managers going.