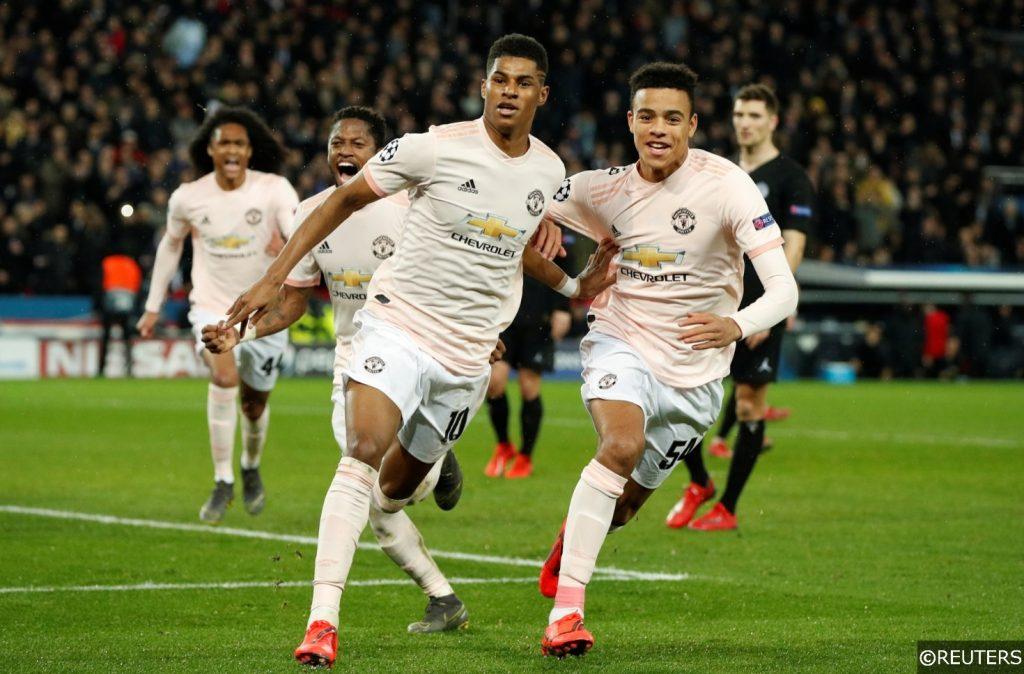 While the Carabao Cup is a competition that continues to rank low on the list of priorities for the majority of Premier League clubs, the tournament remains a valuable platform for younger players hoping to take their first steps towards regular first team football.

This week, a whole host of promising youngsters and players with untapped potential are certain to feature for their respective teams, as managers shuffle their pack for the mid-week knock-out football action.

Let’s take a closer look at some of the exciting up and comers hoping to make a splash in the Carabao Cup this week.

Remember – we’ll be covering all of this week’s Round Three fixtures on our Carabao Cup predictions page.

Prolific youth team striker Rhian Brewster will likely be one of the main beneficiaries of Klopp’s personnel re-shuffle, and the highly-regarded 19-year old is expect to start his first competitive match for Liverpool on Wednesday.

Brewster scored four times for Liverpool during their pre-season programme, and now the former Chelsea academy star looks ready to make his mark against MK Dons in a more meaningful tie.

Our experts have backed The Reds to triumph in their MK Dons vs Liverpool predictions for Wednesday’s game. Read our match preview of the game for more betting tips.

Having finally, fully recovered from ankle surgery in the summer, defender Reece James looks set to start for Chelsea for the first time this season against Grimsby at Stamford Bridge on Wednesday.

The 19-year old fullback enjoyed a hugely productive year at Wigan last season, earning a place in the Championship Team of the Year for 2018/19 with his energetic displays for the Latics.

Now James, who joined Chelsea at the age of six, is hoping to follow fellow academy graduates Tammy Abraham, Mason Mount and Fikayo Tomori into the Blues first team.

James and his teammates have been backed to ease past Grimsby in our analysts’ Chelsea vs Grimsby betting tips this week. Make sure to read our detailed match preview for more predictions.

Irish midfielder Gavin Kilkenny is on the cusp of breaking through into Bournemouth’s first team plans, and a confident performance from the 19-year old in the Cherries’ cup tie at Burton Albion could give Eddie Howe a real selection headache.

Dublin-born Kilkenny was a shining light for Bournemouth during their pre-season campaign, but apart from his start in the Cherries’ Carabao Cup Round Two penalty shoot-out triumph over Forest Green, the youngster has been given a watching brief this season.

Kilkenny has remained a stand-out performer in Bournemouth’s U23 team however, and Eddie Howe won’t be able to keep him on the periphery of Premier League action for long.

The Republic of Ireland U21 international should have plenty of chances to make a positive impact on Wednesday in a game our experts are tipping the Cherries to coast. Read our comprehensive Burton Albion vs Bournemouth predictions in our match preview.

Man Utd supporters have had little to get excited about this season, though there is hope that the emergence of talented young attacker Mason Greenwood can change all that.

The 17-year old has had to be patient so far this season, with first team minutes handed out sparingly to United’s younger players by Ole Gunnar Solskjaer since the summer.

However, Greenwood netted on his first start of the campaign against Astana in the Europa League last week, and the United academy starlet is expected to lead the line for United against Rochdale on Wednesday in the absence of more senior, injured alternatives.

In their Man Utd vs Rochdale betting tips, our experts have suggested that we should expect a low scoring game at Old Trafford, though Greenwood will back himself to be on the spot when any opportunities to score present themselves.

Coventry, who has been attached to West Ham since the age of 10, has plenty of competition for a place in the Irons’ midfield, though there is a belief at the club that he has the tools to eventually cement a place in the first team.

Our betting tips for Oxford’s meeting with West Ham suggest that Wednesday’s game at the Kassam Stadium has the all necessary ingredients for an exciting contest, and Coventry will be keen to play his part.

Keinan Davis’ involvement with Villa’s first team this season suggests that he is on the verge of a regular starting berth, and the 21-year old centre-forward will be given another chance to impress against Brighton on Wednesday by Dean Smith.

Davis has started and scored for the Villains in the Carabao Cup already this term, hitting one of the six goals Villa plundered in a Round Two battering of Crewe Alexandra at Gresty Road.

The former Stevenage employee has been hovering around the edges of the Villa first team for successive seasons now, and having appeared in over 40 Championship fixtures since 2016, Davis will hope to add to his three Premier League substitute appearances soon.

Our tipsters are forecasting a tight contest between Brighton and Aston Villa in their predictions for the game on Wednesday, though a competent display from Davis against a Premier League level opponent would go a long way to heightening his chances of winning his first top-flight start soon.