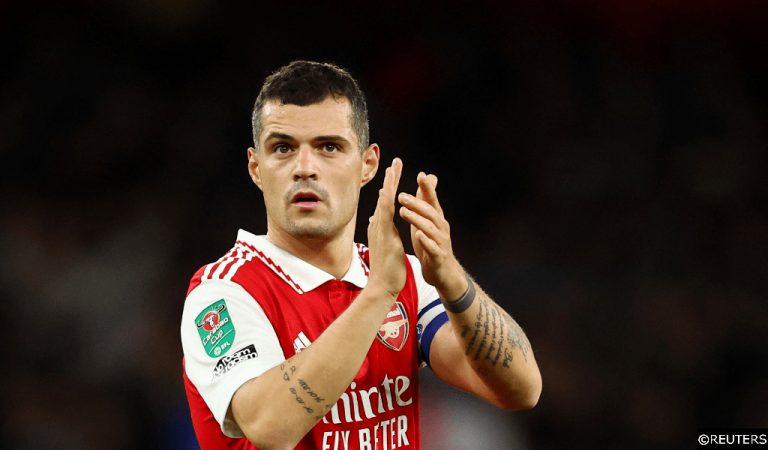 Saturday’s Premier League action ends with an interesting clash between Steve Davis’ Wolves and Mikel Arteta’s title-chasing Arsenal. These teams faced differing fates in the midweek League Cup games and will be chomping at the bit to get points on the board ahead of the impending World Cup break.

We’ve already covered the fixture in our dedicated Match Predictions section, and now we’ve put together this huge 61/1 Ultimate Bet Builder tip with four special bets – which you can back below.

Arsenal’s incredible start to the Premier League season has kept rolling on and now they’re just one win away from topping the tree for Christmas with the World Cup break due to start following this game.

Only Arsenal have scored in every Premier League match so far this season whilst they also boast a joint league-best defensive record ahead of the round with just 11 conceded goals.

Such scintillating form combined with a Wolves side that are enduring their worst start to a top-flight season in over a decade should be a nice recipe for an away win. Wolves may well pick up beyond the break with esteemed coach Julen Lopetegui coming in, but this game may come too soon.

Clean sheets have been the order of the day for Arsenal this season, with their six shutouts representing a joint league-high ahead of this round. Combine that with Wolves’ league-worst attack with just eight goals and this should be a rather straightforward win to nil for Arsenal on paper.

Whilst Arsenal scored in every game, no side has failed to score in more Premier League games than Wolves’ seven ahead of the round. As such, we’re popping a BTTS – no selection into our ultimate bet builder!

Ahead of his World Cup campaign with Brazil, Arsenal’s joint top league scorer this season, Gabriel Martinelli, has a great chance to add to his tally against an out-of-sorts Wolves side.

The impressive 21-year-old attacker has already netted in five of Arsenal’s 11 league wins this season and has hit three match-opening goals across the campaign so far, so we’re sticking Martinelli to score first in to boost the odds even further.

Red card in the match – Yes

Going for a red card in the game always comes with risk attached, although there is something of a case to be made for someone to receive their marching orders.

Firstly, Wolves have received a league-high three red cards already this season and with the new manager yet to stamp his authority on the players, it remains to be seen whether they’ll keep their cool ahead of the month-long hiatus.

Two of the Wolves red cards came in their last two league games whilst only one was away from home. To add further intrigue to the selection, Arsenal were shown three red cards across their last two visits to Molineux, including one for star-man Martinelli!