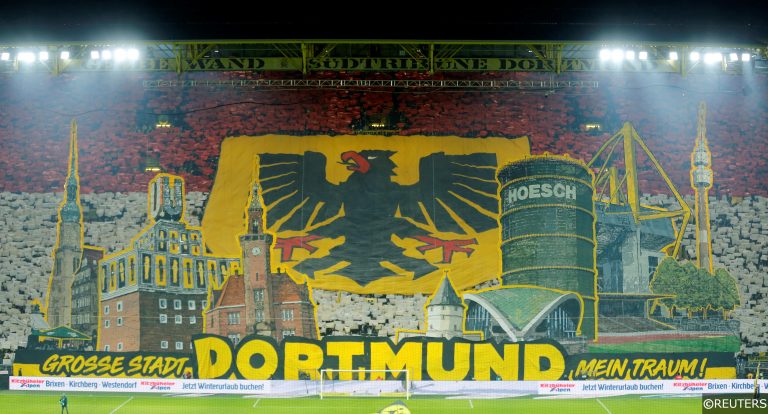 We’ve covered the match in our predictions and have also put together our ultimate 63/1 bet builder ahead of the clash at Sigunda Iduna Park in Dortmund as the two Bundesliga giants battle it out for the first piece of domestic silverware on offer.

Bayern began the new season with a 1-1 draw at Borussia Monchengladbach but their recent record against BVB suggests a win for the Bavarians.

Bayern have won each of the last five meetings between the two German rivals, including last year’s Super Cup, and they have won their last two trips to Dortmund – although there were no spectators in either of those two fixtures.

Goals could well be on the agenda on Tuesday as there have been at least five scored in each of the last three meetings between the two sides.   Dortmund have been involved in some high scoring games recently and there have been over 3.5 scored in six of their last seven competitive outings.

Both teams to score in both halves

Borussia Dortmund’s Erling Haaland is on fire and he managed a brace in the win over Frankfurt, as well as two assists, after hitting a hat-trick in the DFB-Pokal win at When in BVB’s season opener.  The Norwegian now has seven goals in his last three competitive games – and he has scored in each of his last three appearances against Bayern.

Robert Lewandowski is the standout candidate for an anytime Bayern goal but if you’re after an outsider midfielder Leon Goretzka is a solid option.

The Germany international isn’t particularly prolific but he does have a habit of finding the net on big occasions. Goretzka scored in the last Der Klassiker and hit a crucial equaliser for his country against Hungary at Euro 2020 as the Germans avoided a humiliating group stage exit, before being knocked out by England in the next round.