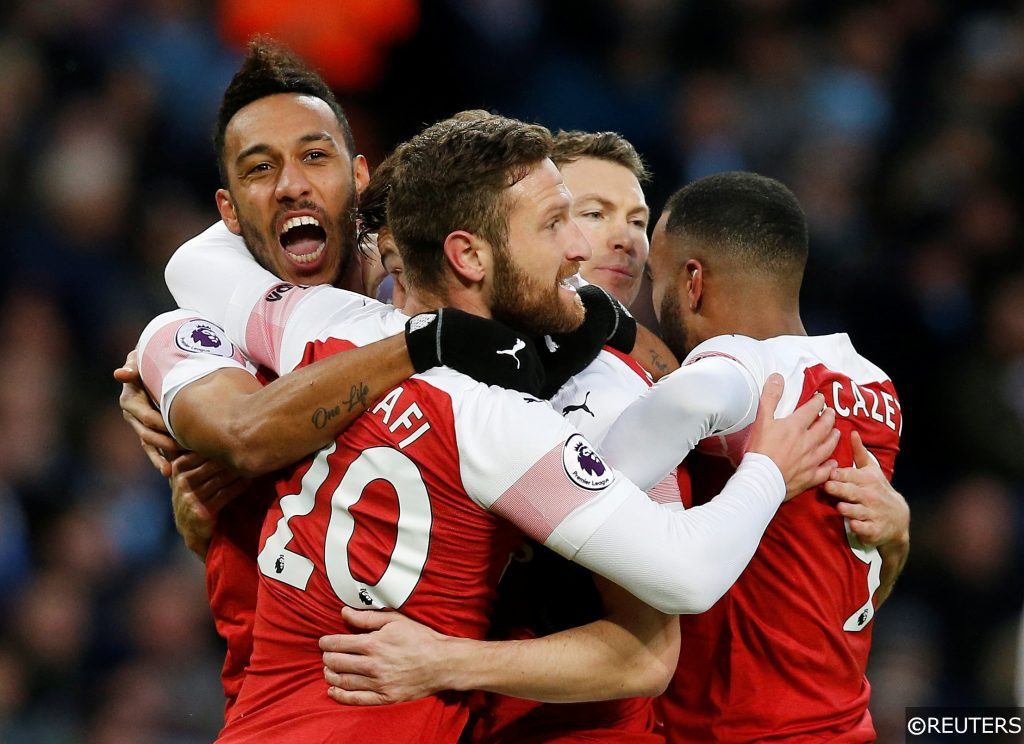 We are less than a week into 2020 and already our football tipsters have landed a winning accumulator!

Despite not a lot of football being played during this time of the year, our tipsters made the most out of what was available and delivered a 9/1 winner!

The Accumulator included 6 games and here is how it unfolded: 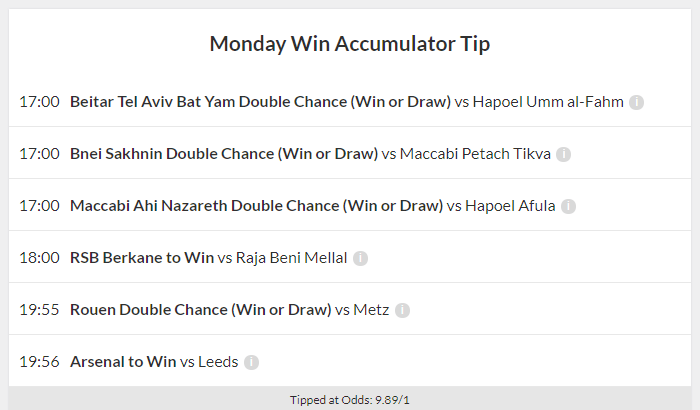 Three games on our Accumulator were from the Israeli league and we kicked things off with Beitar Tel Aviv Bat Yam who we backed to avoid defeat at home against Hapoel Umm al-Fahm. Not only did they avoid defeat, but the home team came through with the win here. The score was tied at 1-1 heading into injury time when D. Moskovich scored the winning goal in the 2nd minute of injury time.

Another team we backed not to lose at home was Bnei Sakhnin against Maccabi Petach Tikva. Despite falling behind 1-0 in the 11th minute, the home team managed to turn it around in the 2nd half with the two goals coming in the 52nd and 84th minute respectively. That was all she wrote in this one and we were 2 from 2 on our Accumulator!

We also backed Maccabi Ahi Nazareth not to lose at home against Hapoel Afula. The two relegation threatened teams didn’t produce much in this one, two red cards were shown and the game ended all square at 0-0, which landed our 3rd tip of the acca.

Our focus then switched to Morocco where we backed Berkane to beat Raja Beni Mellal at home. In a game that saw only one shot on target it was the home team that came through with the win. They scored in the 22nd minute and managed to hold on for a valuable 1-0 win.

Our 5th tip on the Acca landed surprisingly easy. Rouen dominated Metz 3-0 in the French Cup. They went up 1-0 in the 6th minute and were lethal in front of goal, scoring on all three of their shots on target. Metz tried everything to level the score, but Rouen doubled their lead in the 77th minute and put the icing on the cake in the 88th for a convincing win, leaving us on the final tip of our Acca!

In that final leg of the Acca, we had Arsenal to beat Leeds in the FA Cup. It didn’t look promising after the first 45 mins, as Leeds were the better team, but luckily for us Arsenal found the breakthrough in the 55th minute through Nelson. The Gunners managed to hold on despite 18 shots on goal from Leeds and we could start celebrating yet another Accumulator winner!

Cheers mate….I went for it. Now I can fix my car. pic.twitter.com/5c5v0anVfn