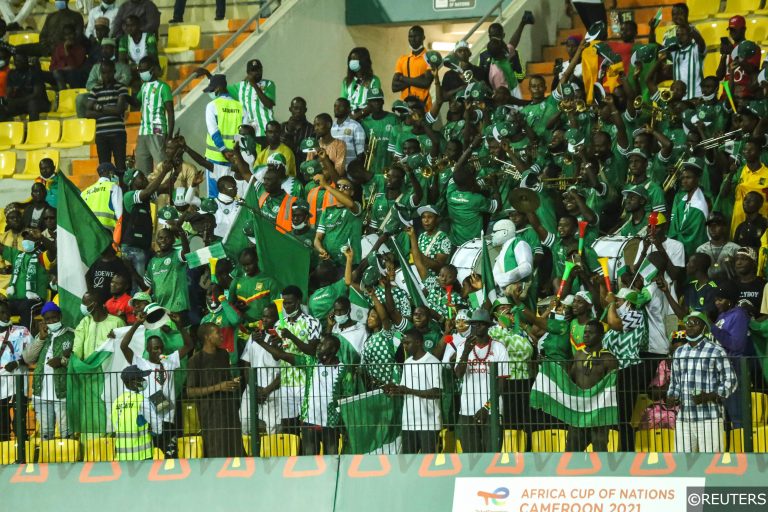 It took a while to get going but AFCON 2021 kicked into life towards the end of the Group Stage and now the remaining 16 teams go head-to-head as they search for glory.

Algeria’s capitulation let our AFCON 2021 group winners acca down in the end, but we go again for the Round of 16 as we try to predict the eight teams that will make the grade.

Remember to check out all out detailed previews for the tournament over on our AFCON 2021 predictions page.

Burkina Faso may have lost their opener but that came against one of the tournament favourites, Cameroon, and they showed much more quality in the final two group games.

Admittedly those challenges were easier than Gabon’s group games but the underdogs have only made it to the AFCON quarter-finals once – all the way back in 2012 – since 1996. Burkina Faso, on the other hand, were beaten finalists in 2013 and made the semi-finals in 2017, not to mention the fact they beat Gabon 3-0 in a friendly earlier this month.

Expect a close match, but I fancy Burkina Faso to edge it.

Nigeria kicked off AFCON 2021 with a win over Egypt and they haven’t looked back since, beating Sudan and Guinea-Bissau to take maximum points from their group and setting up what looks to be a relatively easy Round of 16 clash with Tunisia.

Heavy underdogs, Tunisia lost two of their three group games and only qualified courtesy of a 4-0 thrashing of Mauritana. They haven’t beaten Nigeria since 2004 – a penalty shootout win in the AFCON – and I don’t see that changing here.

Gambia are undoubtedly having a solid debut appearance in AFCON 2021 but their lack of experience could hamper them when they face the much more experienced heads of Guinea.

The favourites lost their final group game but had already qualified after beating Malawi and holding Senegal to a draw and the Elephants have made it to the quarter-finals in four of their last six AFCON appearances.

Gambia have never beaten Guinea competitively and that unwanted run should continue here.

Undoubtedly the most mismatched of the Round of 16 ties, 2017 AFCON champions Cameroon come into this tie having scored seven goals in their three group games and picking up seven points.

They face tournament debutants Comoros, who lost their opening two matches before a dramatic showdown with Ghana. They took an early lead and doubled their advantage after Andre Ayew’s first-half red card, but they almost threw it all away as Ghana recovered to 2-2, only to be saved by a late winner by Ahmed Mogni.

Their journey is expected to end here, though. Cameroon are five-time AFCON champions and looked excellent throughout the group stage, so I’m backing the hosts to progress in front of a home crowd.

Another serious mismatch, pre-tournament favourites Senegal didn’t exactly set the tournament alight in the group stages but they are yet to concede a goal at the tournament and 2019’s runners-up should coast past Cape Verde.

The underdogs are playing in only their third AFCON finals and while their draw with Cameroon was a solid result, it’s important to remember that Cameroon had all but secured the top spot in Group A by the time that fixture was played.

Senegal have beaten Cape Verde in all four of their meetings since 2010 and that trend isn’t expected to end on Tuesday.

Morocco coasted through the AFCON group stage with seven points from three games and they shouldn’t have much trouble making the quarter-finals on Tuesday.

Malawi did pick up a point against Senegal but their opponents had already sealed their spot in the knockout rounds by then and Malawi don’t exactly have the best AFCON pedigree. This is just their third appearance at the finals and the first time they’ve made it past the group stage.

They have never beaten Morocco in competitive action and haven’t scored in any of their five meetings since 2005.

Egypt were one of the pre-tournament favourites but they always looked overvalued considering their form leading up to the tournament.

They had won none of their four games prior to AFCON in normal time and kicked their campaign off with defeat to Nigeria. The Pharoahs did recover but narrow 1-0 wins against Guinea-Bissau and Sudan hardly make them a match for the in-form Ivory Coast.

The favourites picked up seven points from their three games and scored six goals. They have been eliminated before the quarter-finals in just one of the last eight AFCON instalments and they are fancied to edge Egypt.

Mali are the favourites for this one but I fancy Equatorial Guinea to pull off an upset, especially given Mali’s rather poor recent record in AFCON.

They were eliminated in the Round of 16 in 2019 and didn’t even make it out of the groups in the two tournaments prior to that, while Equatorial Guinea have made it to the quarter-finals in both their previous AFCON appearances. Admittedly they haven’t qualified for the finals regularly, but when they do qualify they tend to step up their game.

Confidence-boosting wins over Algeria and Sierra Leone ended their group campaign and they can pull off a shock against a Mali side that haven’t won a knockout tie in AFCON since 2013.