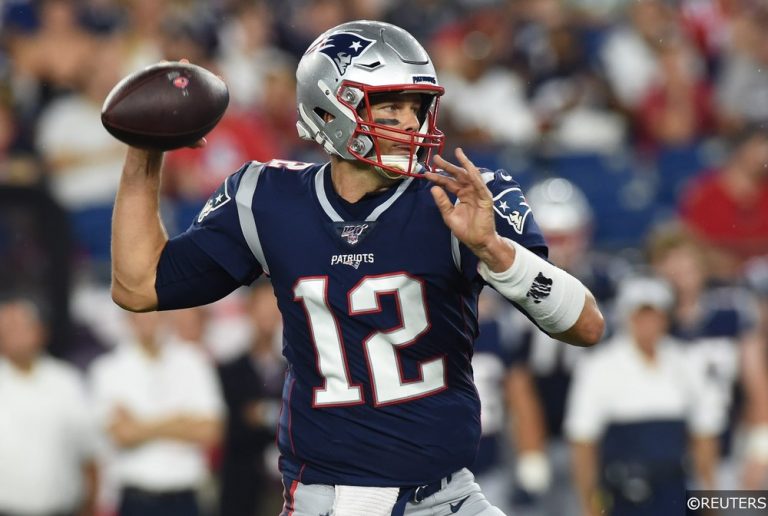 It is hope season in the NFL as the 32 teams prepare for the 85th edition of the draft, an event which normally guarantees a night of drama. In a world currently starved of live sport this year’s draft has received more attention than usual so here is all you need to know about the NFL Draft so you can follow along when it gets underway on April 23rd.

Remember to stay tuned to FST for all the latest NFL draft predictions and betting tips, which you’ll be able to find on our NFL tips page over the next couple of days.

What is the NFL draft?

The draft is a three-day event in which the professional football teams in the United States select the best players to emerge from the college football system. The draft is the main resource franchises have for improving their squads and a good draft can change a team’s prospects overnight.

The teams take it in turns to select players over the course of seven rounds with a total of 255 players chosen. Each team starts out with one in each round but some franchises will have more or less picks than others due to previous player trades.

This year, the New Orleans Saints and Kansas City Chiefs have the fewest picks with just five each, whilst the Miami Dolphins have the most with 14.

When is the NFL draft and where can I watch it?

The draft kicks off on April 23rd and will go on over a three day period. The number one pick is expected to be announced around 1am BST on Friday, and you can watch all the action on The NFL Network and Sky Sports.

Where is the NFL draft?

The plan was for the selections to be announced on a floating stage in front of the world-famous Bellagio fountains in Las Vegas with thousands of fans in attendance.

However, the Coronavirus outbreak has led to the scrapping of such lavish plans, with NFL commissioner Roger Goodell now unveiling the picks from the basement of his upstate New York house.

How do they decide the order?

The order of the draft is largely decided by a team’s record from last season, with the worst performing franchise getting the first choice.

This year, the Cincinnati Bengals have the No.1 overall pick after going 2-14 through 2019, with the 3-13 Washington Redskins second and so on.

Teams can also trade where they pick in the draft so it is likely that the order will change as deals are done.

Who should we watch out for?

Quarterback Joe Burrow is the 1/50 favourite to be taken No.1 overall in the draft by Cincinnati after an incredible 2019 college season and the LSU graduate is likely to be one of at least three QBs selected in Round One.

Justin Herbert and Tua Tagovailoa could also ‘come off the board’ inside the first 10 picks given the need for quarterbacks, although Tagovailoa’s draft position is one of interest after he suffered a serious hip injury last year.

Picking early doesn’t always guarantee your team selects a new superstar with numerous flops over the years, while conversely the latter rounds can hold plenty of gems too. The best example of an overlooked talent is six-time Super Bowl winner Tom Brady, who was selected 199th overall by the New England Patriots in the 2000 draft.

What betting markets are available?

With the identity of the No.1 pick all but decided, bet365 have plenty of other betting markets to get involved with, including who will be the first wide receiver and running back selected.

There are also a host of over/unders markets available, including how many offensive players overall will be taken in round one, with the line currently set at 16.5 with bet365.