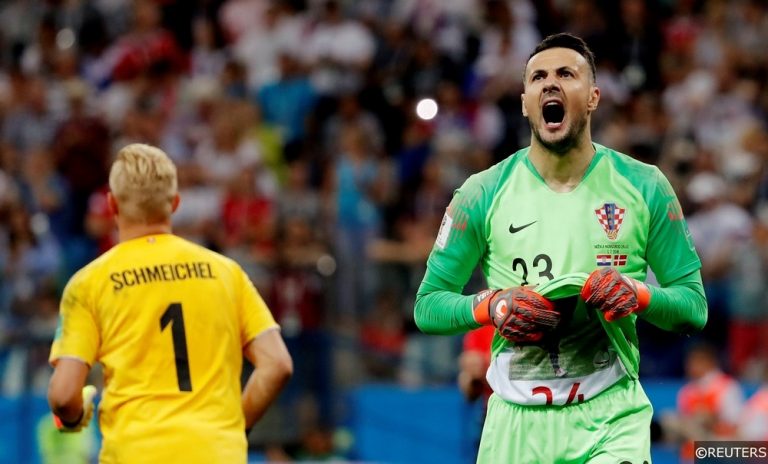 This Saturday, for only the second time in their history, Croatia will compete in a World Cup Semi Final as they lock horns with England at the Luzhniki Stadium in Moscow. The Russian capital will be the point of destructive interference this week as two colossal waves of optimism come crashing into each other.

For Croatia, their run to the Semi Final has been equal parts elation and vindication – their current “Golden Generation” is undeniably what it claims to be and now they have a real shot at making the Final of a major international tournament.

Let’s take a more detailed look at how Croatia navigated through the earlier rounds of the 2018 World Cup. 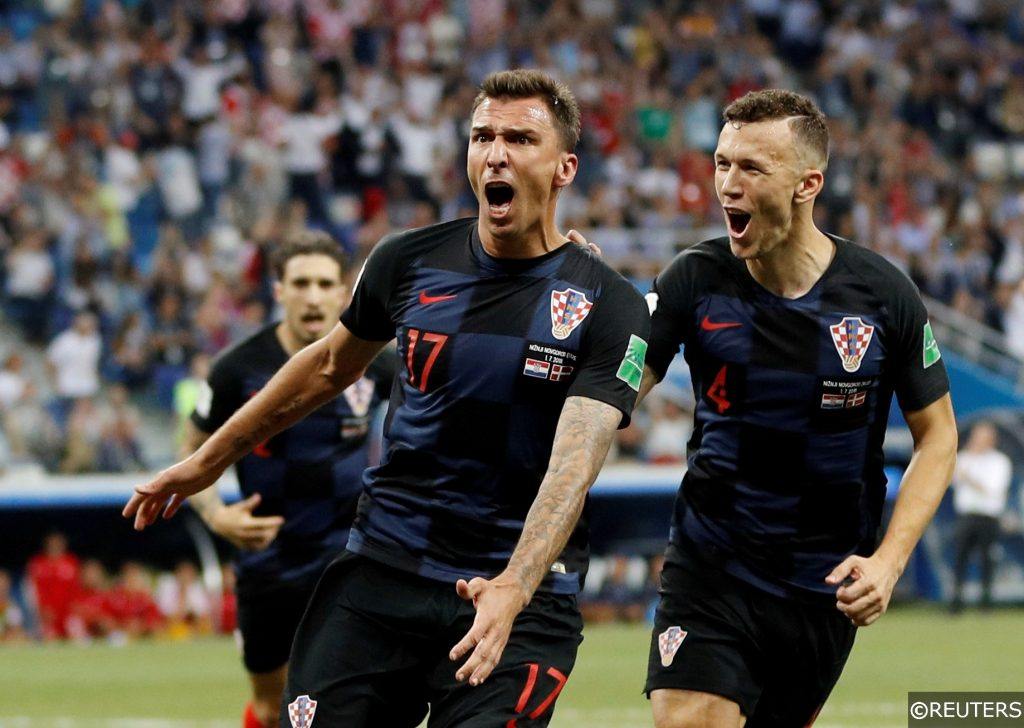 The first half of the opening Group D fixture between Croatia and Nigeria was characterised by a cautiousness and the reluctances of both sides to over-extend themselves in the early exchanges. The teams managed just one shot on goal between them in the first forty-five, though there was sufficient goalmouth action to hand Croatia a 1-0 lead at the break.

Nigeria’s Oghenekaro Etebo was unfortunate to divert the ball into his own net from a Croatian corner and his error separated the teams at half time. In the second period, Croatia played with more purpose, putting together a series of flowing moves without any of the end product their approach had probably deserved.

The second goal, when it arrived, came via the penalty spot. William Ekong held Mario Mandzukic in the box in the 71st minute and Luka Modric sent the keeper the wrong way to double Croatia’s lead. The contest finished 2-0 in a display that scratched the surface of Croatia’s ability, providing the perfect platform to built upon.

Man of the Match: Luka Modric

Croatia showed they had the tactical intelligence to complement their technical skill in their second group match against Argentina in Nizhny Novgorod. Having drawn against Iceland in their first fixture, Argentina needed a victory a little more than their Croatian counterparts and their attacking intent was notable from the start, even if their execution in the final third didn’t match their enthusiasm.

Croatia were content to sit relatively deep for the first forty-five and defended comfortably against a directionless Argentine attack and a muted Lionel Messi. Content that that they had the measure of the South Americans, Croatia upped the tempo in the second period and after Ante Rebic finished beautifully to capitalise on Willy Caballero’s mistake after 53 minutes, Argentina’s desperation was palpable.

At the heart of everything was Luka Modric, who drifted weightlessly across the blades of grass, lending the ball to his team mates with teasing passes and cushioned touches. The Argentinean players couldn’t cope with his genius and the Real Madrid midfielder rattled in a stunning second from distance on 80 minutes.

Ivan Rakitic rubbed salt into Argentine wounds with a third in injury time to cap a sensational Croatian performance. The game showcased Croatia’s capacity to nullify big-name attackers and their ability to go toe-to-toe in real footballing terms against a traditional international heavyweight.

Man of the Match: Luka Modric

With qualification for the Last 16 already secured, Croatia made 9 changes to their team for their third group match against Iceland. The much-changed Croatian eleven were the better side for the opening quarter of the fixture, though Iceland cranked their performance up a few notches when they learned that Argentina had taken the lead against Nigeria the group’s other game.

Iceland created and spurned some good openings before the break and they were made to pay for their profligacy on 53 minutes when Milan Badelj arrived late in the box to volley the ball into the ground, sending it bouncing high past Hannes Halldorsson in the Icelandic goal.

Iceland’s frenzied search for an equalizer was rewarded when Dejan Lovren was adjudged to have handled a cut-back in the penalty area. Gylfi Sigurðsson found the roof of the net with his spot kick, but with Iceland all but exhausted from chasing a winner, Ivan Perisic latched on to a through ball to drive the ball sweetly into the top corner for the game’s winner. The result made it three games and three wins for Croatia in what was more an examination of their squad depth than a measure of their quality.

Man of the Match: Milan Badelj 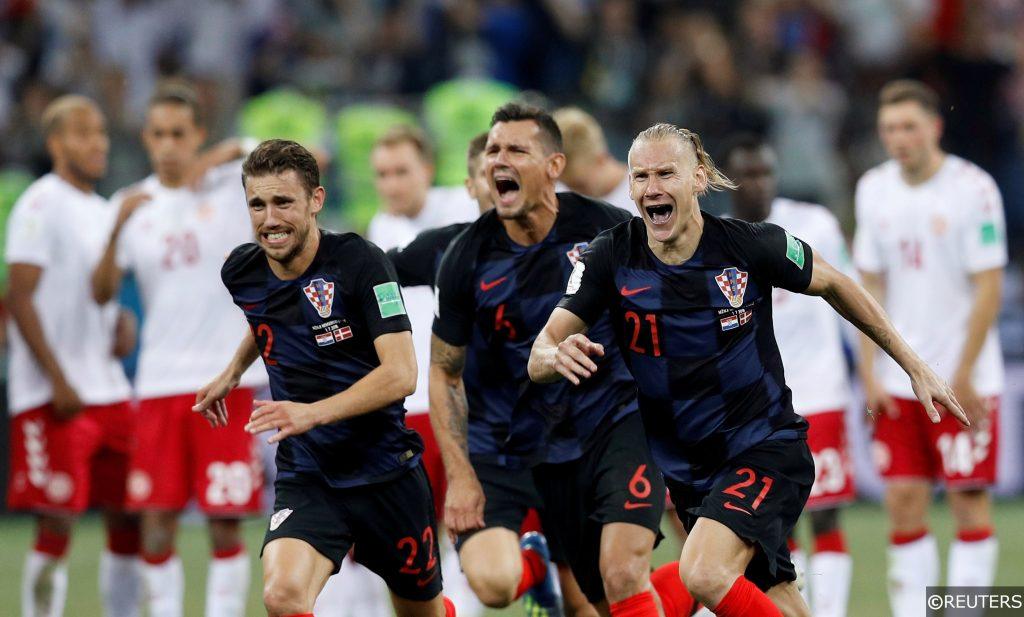 Denmark got off to a dream start in Nizhny Novgorod after Mathias Jørgensen bundled in one of the least pretty goals of the World Cup after just one minute of their Last 16 meeting with Croatia. Rather than wilt after their early set back, Croatia showed their mettle by forcing an equalizer through Mario Mandzukic just a couple of minutes later.

From there, Denmark had the better of it without threatening to re-take the lead. Even while playing on the back foot, Croatia kept Schmeichel busier at the other end, forcing the Leicester City stopper to deal with some blistering shots from range.

With extra time looming, Ante Rebic was slipped in through the Danish middle, though when he rounded Kasper Schmeichel, he was denied an easy finish into an empty net by Mathias Jørgensen. Luka Modric’s subsequent miss from the spot cruelly robbed Croatia of a regulation time victory, stolen from them by a moment of calculated cynicism.

After a nerve-wracking period of extra time, justice was served in the penalty shootout with Modric making amends for his miss and Danijel Subašić saving three Danish penalties to earn Croatia a place in the Quarter Finals.

The performance was an all-round lesson in mental strength in the face of adversity by Croatia, who recovered from multiple setbacks over the course of their game against Denmark. The Vatreni showed courage to strike back almost immediately after conceding in the first minute. They didn’t let the misery of missing a match-winning normal time penalty drag them into World Cup oblivion. Nor did they crumble when they missed their first penalty in the shootout. Resolve by the bucket load.

Man of the Match: Danijel Subašić 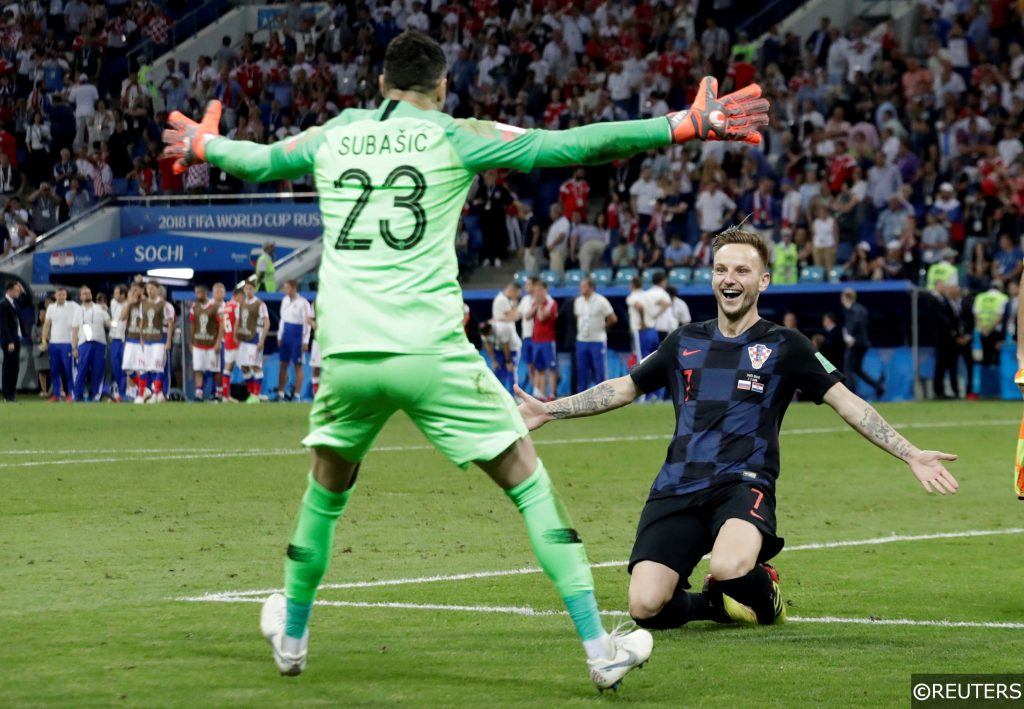 In the 2018 World Cup Quarter Final, Croatia didn’t just beat a football team, they beat an entire nation. Backed by a vociferous and passionate crowd at the Fisht Olympic Stadium in Sochi, the Russian players seemed energized from the off.

The game ebbed and flowed somewhat, with both sides tussling to secure a foothold in the game. With the battle for ascendency peaking, Denis Cheryshev cracked home a superb drive from twenty-five yards to send the crowd into delirious rapture.

Showing again their steadfastness in the face of adversity, Croatia hit back 8 minutes later through Andrej Kramaric. The teams went in level at half time, though as has been the trend in their World Cup adventure so far, Croatia emerged a reinvigorated force in the second half.

Their dominance wasn’t punctuated by a winning goal in normal time however, though they did squeeze back into the lead in extra time thanks to a header from Domagoj Vida. Encouraged by the support from the stands, Russia found another gear to level the scores through full-back Mario Fernandes.

Croatia held their nerve to win the penalty shootout that followed, scoring 4 of their 5 spot kicks. Going the 120-minute distance in successive games may prove to have had a depreciating effect on their energy levels, but winning two shootouts in a row will add another layer of strength to their already iron clad mental fortitude.