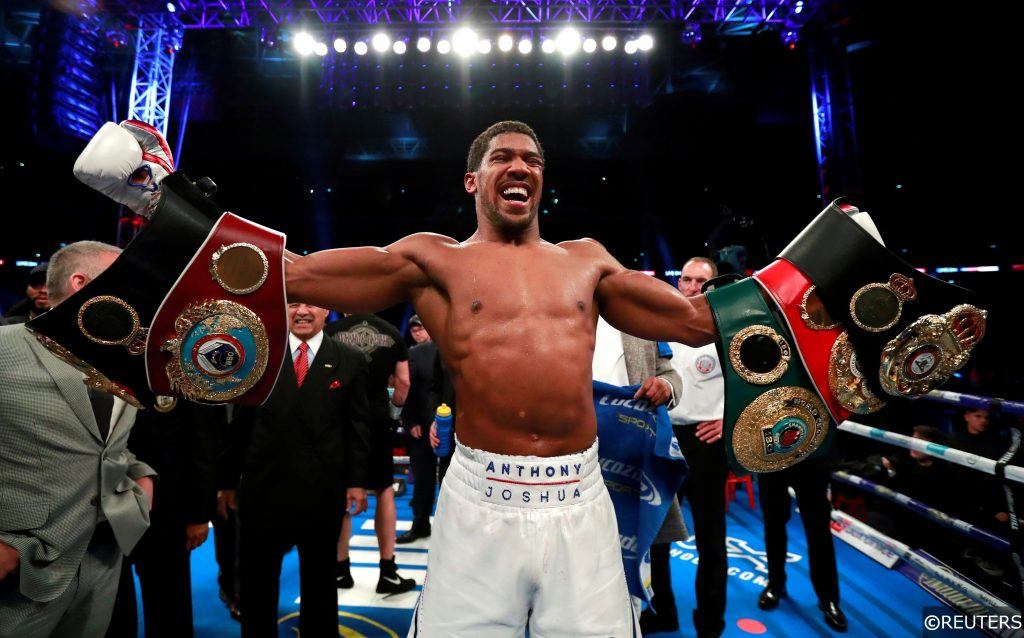 Joshua must face Pulev in order to retain his IBF title, while his WBO, WBA and IBO belts are also on the line at the SSE Arena at Wembley and the Brit is a strong favourite to successfully defend.

Experienced 39-year-old Pulev has climbed the rankings and has won his last eight fights since his sole professional defeat. The Bulgarian was knocked out in the fifth round by Wladimir Klitschko six years ago when last contesting for a world title.

This is AJ’s first fight in the UK for two years and comes after two fights with Mexican Andy Ruiz Jr.

Ruiz stunned the world when beating Joshua back in June last year at Madison Square Garden, but Joshua exacted his revenge with a dominant win on the judges’ scorecards to become a two-time world champion in Saudia Arabia a year ago.

This is perceived as the final hurdle for Joshua before a super fight with WBC champion Tyson Fury next year for the title of undisputed champion of the heavyweight division.

Anthony Joshua v Kubrat Pulev: when is it and how do I watch?

The heavyweight bout is scheduled to take place on Saturday 12th December 2020 at the SSE Arena, Wembley, London.

Seven fights feature on the card, which will be available to watch on Sky Sports Box Office via Sky television and streaming services.

The event is £24.95 to purchase and broadcast begins at 7pm with ring walks for Joshua-Pulev at approximately 10.30pm.

Anthony Joshua took a more measured and sensible approach in his rematch with Andy Ruiz and cruised to a comprehensive win on the judges’ scorecards.

We may see a similar style from the champion in the early exchanges here, but he remains one of the best finishers in the sport and is expected to get to Pulev in the later rounds.

Joshua is as short as 1/14 to successfully defend his four world titles, with victory via KO, TKO or DQ fancied most at 2/5 and another success by decision or technical decision as big as 7/2.

Pulev is the betting outsider and can be found as high as 9/1 to win by stoppage and 22/1 to win the belts on the judges’ scorecards.

Joshua has 21 knockouts in his 23 professional wins and another is fancied here. Pulev is slow and moves in straight lines – perfect for Joshua to attack after a tentative start.

The most appealing wager for this bout AJ to get the stoppage inside the final five rounds at 15/8, he is the younger and more powerful fighter.

Lessons were learnt against Ruiz, Joshua was caught in the first fight rushing in trying to put on a show in America. He won’t make that same mistake twice and will strike when the time is right on Saturday night.