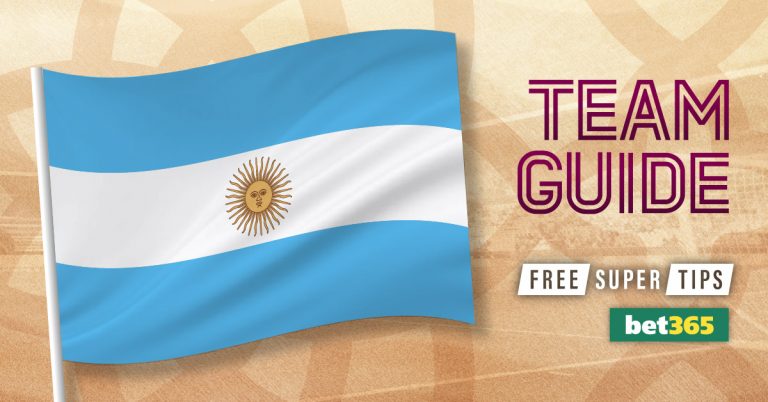 Argentina head to Qatar with renewed confidence having finally ended their major tournament hoodoo by winning the 2021 Copa America.

The Albiceletse had lost in four Copa finals since last being crowned South American champions in 1993, as well as going down to Germany in the decider at the 2014 World Cup.

However, they now look to have rediscovered the winning touch and with the 2022 tournament likely to be captain Lionel Messi’s last chance at global glory, Lionel Scaloni’s men have extra motivation to secure their country’s third World Cup triumph.

Argentina: The story so far

Unlike previous campaigns where they have muddled through before securing qualification late on, Argentina encountered few problems on their road to Qatar.

Scaloni’s side emerged unbeaten from their 17 CONMEBOL clashes, winning 11 and drawing six to finish six points behind Brazil.

They have since maintained their momentum with an impressive 3-0 win over Italy in the revived Finallissma between the European and South American champions, before outclassing minnows Estonia 5-0 in their other June outing, with Messi scoring all of their goals.

Messi has gone on to score four more goals in 3-0 wins over Honduras and Jamaica, taking his tally to 90 in 164 appearances for his country.

Argentina have been drawn in Group C and will kick off their campaign against Saudi Arabia on November 22, before further pool ties against Mexico and Poland.

Understandably given their history and form, the Albiceleste are the clear 2/5 favourites to top Group C and should progress. It looks like they could face Denmark in the last-16 and are 5/6 to go one better than four years ago in Russia by reaching the quarter-finals.

However, with Messi likely to retire from international football after the tournament, it will be all systems go for his side and they are 13/2 to add global glory to last summer’s continental success.

Argentina first appeared in the World Cup in 1930 and have not missed a finals since 1974. During that time they have won the tournament twice and, as well as their near miss in Brazil, were also runners-up in 1990.

Their round of 16 exit four years ago was disappointing but reflected the imbalance of their side. However, they have dramatically improved since and, of course, have Messi.

Can the Paris Saint-Germain star emulate past number 10s Mario Kempes and Diego Maradona by leading his side to World Cup glory?

Perhaps most famous in England, among West Ham and Liverpool fans at least, for being the man whose mishit clearance eventually found its way to Steven Gerrard to rocket in the Reds’ late equaliser in the 2006 FA Cup final, Scaloni’s name may otherwise be new to some observers.

The 44-year-old had a decent career as a right-back, also playing for the likes of Deportivo la Coruna and Lazio, and after retiring in 2015, his first coaching job was as Jorge Sampaoli’s assistant at Sevilla.

He retained his role as Sampaoli’s right-hand man with the national team and then took caretaker charge after his mentor’s sacking in the aftermath of the 2018 World Cup.

Since then, the clarity and efficiency with which he has conducted his business has earned him praise following the chaos of previous tenures and he seems to have the full backing of his squad.

Scaloni has favoured a 4-3-3, with Messi nominally the central striker but often given a free role.

Argentina’s full-back options remain uncertain, with the possibility of Cristian Romero having to play right-back, but their midfield is much improved and if their skipper isn’t firing, Lautaro Martinez can pick up the slack in attack.

Martinez matched Messi’s seven goals in qualifying and appears to be emerging from his shadow, while look out for Julian Alvarez to star off the bench. The 22-year-old has looked promising in his appearances for Manchester City since joining the club and could be the tournament’s breakout star.

Argentina to win the World Cup at 13/2

The Albiceleste may have stumbled in Russia but have regrouped and built a spirit often lacking in the past.

Scaloni seems happy to set his side up to counter their potential defensive weaknesses and his attacking options are as good as any and his squad looks as strong, if not better, than the one that went agonisingly close in 2014.

Not only that, but Lionel Messi has hit form at just the right time and, at the time of writing, has 11 goals and 12 assists in all competitions for PSG this season.