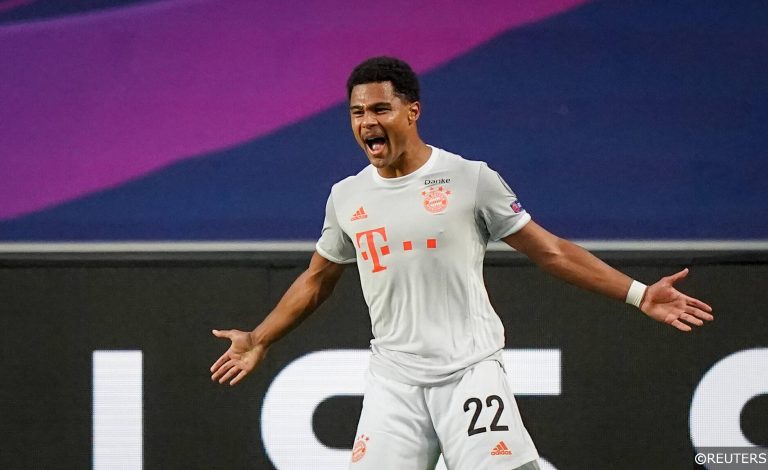 Football enthusiasts were treated to a host of top-notch televised action last week as the Champions League and Europa League returned to the midweek schedules. The changing of the guard continued as Kylian Mbappe scored a hat-trick at Lionel Messi’s Barcelona and Erling Haaland inspired Dortmund to victory, while Manchester United turned on the style in Turin to decimate a previously solid looking Real Sociedad side.

The weekend saw Liverpool fall to their first Merseyside Derby defeat this millennium, while the Bundesliga and La Liga leaders both suffered shock defeats ahead of their Champions League return this week.

We’re hoping for more of the same this week, and we’ve combed through the fixture list to pluck out the most promising bunch of matches coming to your screens.

Don’t forget, you can see in-depth analysis of these games and more in our latest football predictions and you can find the rest of our football accumulators here.

If you’re looking for high scoring action to start the week Turin looks the destination of choice. Crotone have an atrocious record against Juventus but with the leaders of La Liga and Bundesliga already losing this weekend there is definitely the chance of an upset. Make no mistake, it is an very small chance.

The reigning champions of Europe are undoubtedly huge favourites here, but Lazio can’t be underestimated in their first season in the Champions League proper since 2007. The Italians went unbeaten in the group stages and scored in every match, while Bayern Munich’s rock-solid defence has come under some scrutiny this season and they were shocked by Eintracht Frankfurt on Saturday.

Atalanta have emerged as the neutrals’ team of choice over the last season and a half and their free-scoring ways go up against Europe’s most successful club. The relative newcomers are by no means ruled out of this tie though and, unlike Borussia Monchengladbach vs Manchester City, this is looking like it could be a lot closer than you would imagine.

It might not be the most exciting of ties in goalscoring terms but Arsenal vs Benfica is finely balanced after last week’s 1-1 draw at the Stadio Olimpico, not to mention the fact it’s a tie between two former heavyweights of Europe. The return leg will be taking place in Greece due to Covid-19 restrictions, so it’s set to be just as tight as the first leg.

Betting tip: Both teams to score at 3/4

Kickstart your weekend with a fiery East Midlands Derby at Pride Park as these rivals look for bragging rights after rather disappointing campaigns. Both Derby and Nottingham Forest find themselves in the bottom half of the table and in danger of being sucked into a relegation battle, but a victory over rivals is always a surefire way to send confidence skyrocketing.

Two of the most highly regarded young managers in Europe face off in a tactical battle of wits here. RB Leipzig will be hoping to close the gap on Bundesliga leaders Bayern Munich while the next manager of Borussia Dortmund is looking to push his Monchengladbach side above his future club. Both Julian Nagelsmann and Marco Rose are well known for constantly shifting their tactics and formation, so this could be a cracker.

The possession-based tactics of Thomas Tuchel come up against a side renowned for their lighting quick counter attacks on Sunday. Manchester United’s meek defence could struggle with the Tuchel-ball style but, with Bruno Fernandes dictating play and Marcus Rashford, Mason Greenwood and Edinson Cavani up top, anything is possible in this clash between rivals.