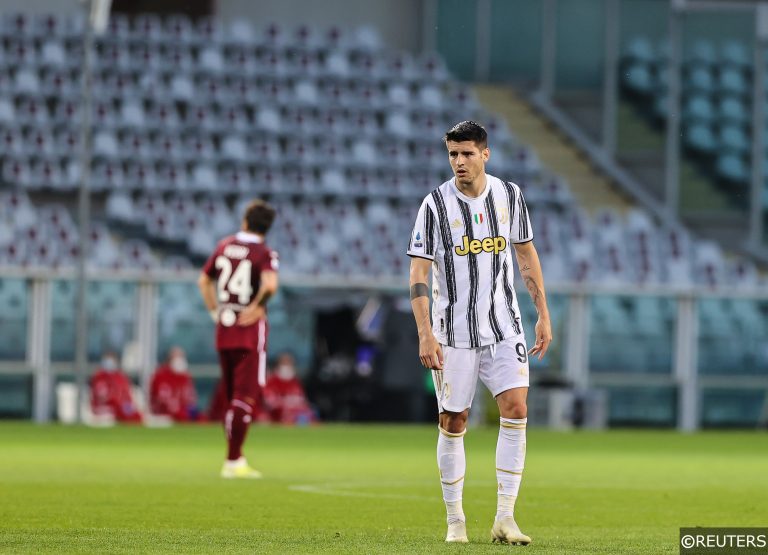 As the 2020/21 season comes to a close, there’s plenty to be decided all across Europe. With big sides pushing for titles and European qualification, we’re spoilt for choice when it comes to top matches over the next seven days.

Given that, we’ve picked out the best live games between Tuesday and Sunday, featuring matches from the Premier League, La Liga, Serie A and the Bundesliga. See our selections below, alongside our 53/1 accumulator tip.

For more accumulators head over to our free football tips hub.

Barcelona’s draw with Atletico Madrid keeps them in the title race, but there’s no more room for error. The visitors have won 12 of 17 away trips and we’re backing them to continue that form form against a Levante side who have lost four of their last five. The hosts have seen both teams score in 65% of their home games and we back them to notch here.

Juventus haven’t kept a clean sheet since the start of March and we’re not backing that to change when they face Sassuolo. Both teams have scored in six of Juve’s last seven and they meet a Sassuolo side who are in form with the hosts unbeaten in six. The Neroverdi have scored in their last 10 games, so it’s worth backing goals in this one.

This has been a busy week for the Red Devils but we don’t think that makes Liverpool worthy favourites for this encounter. United have gone unbeaten in eight clashes with the top six this term and it’s worth backing them holding firm against the Reds, who have had plenty of issues going forward despite seeing off a poor Southampton side.

Man City have had a long week watching Manchester United but they return to action aiming to improve after last week’s 2-1 loss to Chelsea. The Citizens have managed one clean sheet in their last three league games and they face a Newcastle side who have seen BTTS land in five of their last six, so we expect an exciting game.

There may be no one in attendance, but that doesn’t dull the fire of the Rome derby. Roma have been terrible against good Serie A sides this season, winning none of their clashes with the sides in the top seven. They were hammered 3-0 by Lazio when the pair last met. The Biancocelesti have won seven of their last nine and look good for victory here.

Where to watch: BT Sport Extra

Tucked away on BT Sport this weekend is a huge Bundesliga encounter. The sides in second and third meet on Sunday night, with Wolfsburg still worried about booking their top four place. Having lost four of five clashes with the top four, we’re backing the visitors to take another hit in their Champions League push.