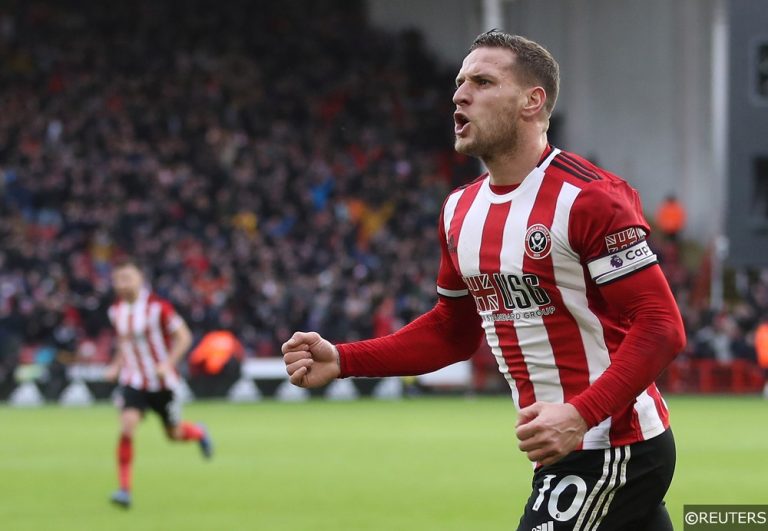 Friday features a close-to full slate of EFL action as the chase for promotion and battle for survival continues across the three divisions. The Easter double-header could prove pivotal in those races, with key games sprinkled across the long weekend.

Of course, there are always a few mismatches at this stage of the season. Friday’s games feature some heavy favourites and that’s always tricky to navigate if you want to avoid adding a short-priced side to your accumulator. Luckily, we’ve got you covered there, as we’ve picked out the best bet in five of those games, adding up to an 86/1 accumulator!

Sheffield United are 3/5 favourites for a home win after some impressive recent form, having gone unbeaten in their last 12 at home. The fact they’ve won their last six against Reading also suggests they deserve to be heavy favourites.

Given that the Blades have kept a clean sheet in four of their last five, backing them to win to nil looks like a great option. They’ve conceded just 13 times in 20 home games this term, so that’s how we’re siding with the Blades.

Fulham are 8/13 favourites at Derby despite their 3-1 home defeat to Coventry at the weekend. That’s left the Cottagers with just two wins from their last five, including a slip up at Barnsley. The Tykes have picked up just one point more than Derby, despite the Rams’ 21-point deduction.

The hosts have lost only once across their last 10 at home, picking up seven wins in that time. Wayne Rooney has made Derby hard to beat despite the limitations placed on him, so expect the Rams to fight in this one. With Fulham looking a little complacent, back the hosts to pick up at least a point.

After going unbeaten in their last seven at home, Portsmouth are 8/11 favourites to see off Lincoln. That’s a solid price against a side who have lost nine away trips this term, but we can pick up even more value by backing over 2.5 goals.

Exeter are second after winning five of their last six, pushing them in to 4/6 to take the points against Colchester. That’s not a huge surprise, especially given that the visitors are fifth-bottom in the fourth division.

Colchester have lost all five of their trips to the top six and they’ve lost by two or more in six of their 10 away defeats. They’ve lost by at least two in 10 of their losses this season, so back Exeter with a -1 handicap.

Leyton Orient are 14th in League Two but they’re the strongest favourites of the day at 2/5. That’s because they host a Scunthorpe side who are bottom of the table after losing each of their last six matches.

The visitors have scored just 26 goals in 41 matches this term, while Leyton Orient have conceded just 17 times in their 20 home matches. They should be good enough to shut out the worst side in the league, so back a home win to nil.