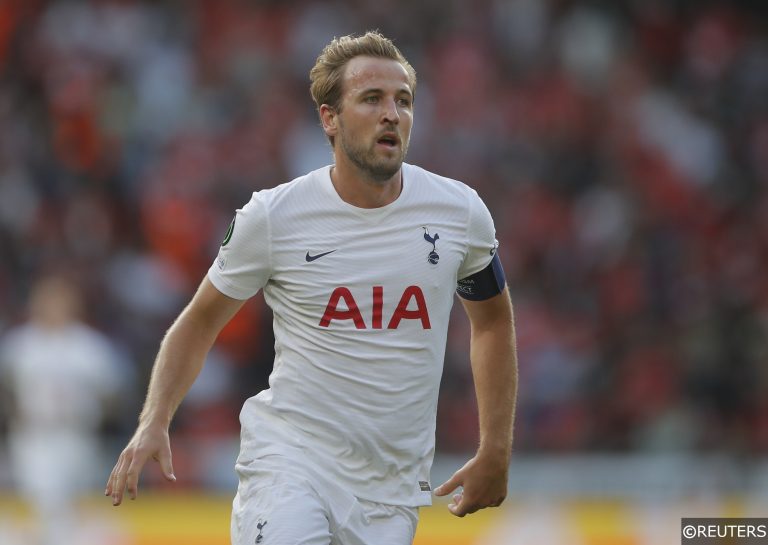 2021 might have been a year to forget in everyday life, but in the sporting world it was one to remember.

We saw England reach a major final for the first time in over half a century, a British team lifted the Champions League and Lionel Messi finally ended his wait for an international trophy in his burgeoning cabinet.

There was plenty of other drama from around the sporting world, too, and to welcome in the New Year bet365 have listed a host of 2022 specials to peruse over.

bet365 is abound with Premier League specials for the New Year, with betting available on anything from a team having three or more players sent off in a single match (40/1) to any top-flight game having zero corners (50/1).

One that catches the eye is 8/1 for a goalkeeper to score a Premier League goal in 2022. Last May Ederson became the sixth goalkeeper to find the net in the Premier League and all of these have come in the last 20 years, since Peter Schmeichel notched against Everton in 2001. That’s a goalkeeper goal every 3.33 seasons, so 8/1 looks a pretty decent price!

Elsewhere you can back Steven Gerrard to take charge at Liverpool at 10/1, but my preference lies in Wayne Rooney to manage any Premier League team in 2022 at the same odds. The former Manchester United striker has impressed in charge of Derby but a host of off-field problems and a 12-point deduction means the Rams are almost certain to be relegated this season, and there’s every chance a top-flight club could make a move for Rooney.

Finally, odds of 6/4 for Harry Kane to join another Premier League club this year look excellent value. The England captain made it clear he wanted out of Spurs in the summer but Manchester City couldn’t get a move across the line. The saga will start again this summer and given how poorly he performed in the first half of the season I can see Daniel Levy cashing in on his star striker.

All eyes on Fury ahead of a big year in Boxing

The heavyweight division is clearly the big draw in boxing and Tyson Fury’s next moves will dominate the headlines over the course of 2022. Beforehand, we have the long-awaited showdown between Amir Khan and Kell Brook is an early highlight. This is a fight that perhaps should have been made a few years ago but there is genuine animosity between these two former world champions and both have been involved in some hugely entertaining contests over the years, so we could well be in line for a thriller when they finally go head-to-head in a bout labelled as ‘Judgement Day’ in Manchester in February.

Oleksandr Usyk destroyed our hopes of an all-British heavyweight showdown between Tyson Fury and Anthony Joshua by sensationally beating the latter via unanimous decision in September. Fury’s next move remains unclear at the moment but he is expected to fight again in March before targeting the winner of the rematch between Usyk and Joshua, who are widely expected to meet again as the latter bids to reclaim the world titles. My money would be on Usyk if that rematch is agreed, but even if ‘AJ’ does slip to another loss there is still a chance he could fight Fury in 2022.

WBC heavyweight king Fury is 4/6 to achieve two or more world title defences in the year ahead and one of them may well be against Joshua. Fury will is expected to meet the winner of Joshua’s meeting with Usyk in a huge battle that would unify the division, but that doesn’t mean a meeting with his British rival would be off the table as this is a fight fans clearly want to see, and the 9/4 on Fury to face Joshua in a heavyweight title fight in 2022 has some appeal.

Conor Benn is the rising star of British boxing right now and the pick of bet365’s boxing specials for me is the 7/4 on offer for the unbeaten welterweight to win a WBC, WBA. IBF or WBO world title in 2022. Benn has won all 20 of his fights with 13 of those victories coming inside the distance, and he is becoming harder for the current title holders to ignore with each passing victory.

Countdown to the F1 2022 season begins

The most intense F1 World Driver’s Championship battle in recent history culminated in dramatic and controversial circumstances in Abu Dhabi a few weeks ago but already we’re looking ahead to the 2022 season, which is scheduled to begin in Bahrain in March and features a hefty 23 races.

Lewis Hamilton is even-money favourite to reclaim the crown he was robbed of in Abu Dhabi with Max Verstappen 9/4 to retain the title, and my money is on Hamilton.

A sweeping set of regulation changes is the main talking point of 2022 with the redesigned cars and tyres allowing them to run better in dirty air, hopefully allowing for closer wheel-to-wheel racing.

Why does this matter? Because the last major overhaul in the regulations heralded in an unprecedented period of domination for Mercedes and it wouldn’t be a surprise to see the same happen here. Red Bull put most of their eggs in the 2021 basket while Mercedes limited development of this year’s car and focused on the next season, so it would be a shock if Mercedes wasn’t the most dominant car on the grid in 2022.

With that in mind, you can take your pick of the Hamilton-based specials on bet365. The veteran is evens to win the WDC and evens to win eight or more of the 23 races, while he’s 8/11 to record the most F1 race wins in 2022.

Want to get new teammate George Russell in on the action? You can back a British driver to win the F1 British Grand Prix at 8/11. Lewis Hamilton has won seven of the last nine British Grand Prix and, if Mercedes do indeed turn out to be the car to beat, Russell could be up there with him at Silverstone in July. Even if both Hamilton and Russell fail to make an impact at Silverstone, you can always pin your hopes on Lando Norris.

If you fancy going against the grain, Carlos Sainz is priced at 3/1 to take a race win next season. The underrated Spaniard impressed in his first season at Ferrari, outperforming the highly-rated Charles Leclerc in the WDC standings and taking his place on the podium four times. If Ferrari can provide him with a race-winning car, Sainz has more than enough ability to take his first F1 victory.

In the Mixer: Experts pick their 2022 breakthrough stars