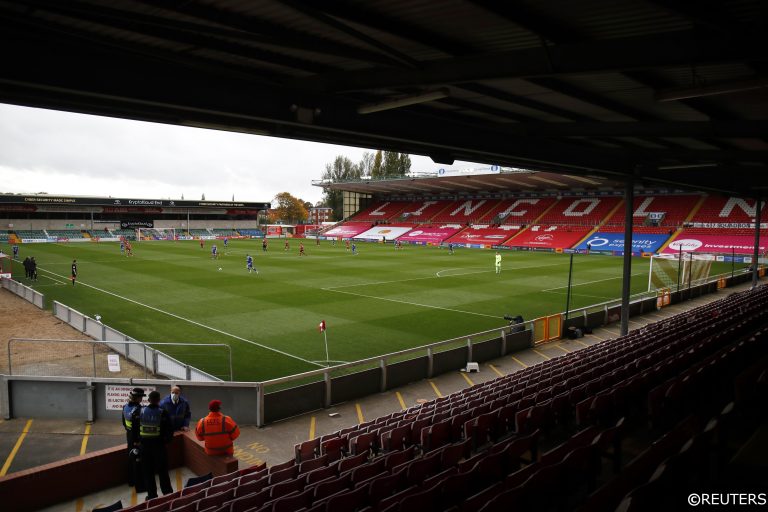 Every football team has that one annoying opponent that they just can’t ever seem to get the better of, and whenever fixtures against them arrive, you always fear the worst.

League positions and current form seem to go out the window when your club meets their bogey team, and it can feel like the football universe has it in for you when the inexplicable happens again.

Millwall just hate traveling to Berkshire, and the Lions have won on just one of their last 12 trips to face Reading at the Madejski Stadium.

The Royals have momentum to draw from following a return of three wins from their last four assignments on home soil, and another successful day against Millwall looks in the offing.

Charlton Athletic vs Gillingham (League One)

League One playoff hopefuls Charlton are without a win in five at the Valley, though the Addicks should be able to get their home form back on the right track against Gillingham.

Charlton have tasted defeat just once in 17 meetings with the Gills on their own patch, and Gillingham’s 3-0 reverse against Lincoln last time out will have softened their resolve.

Lincoln vs Accrington (League One)

League One leaders Lincoln can consolidate their position at the top with a victory over Accrington on Saturday, and The Imps’ chances will be buoyed by their superb record in games against Stanley at the LNER Stadium.

Lincoln have put Accrington to the sword in ten of the teams’ last 12 encounters at that venue, and Accy’s three-match winless run on the road doesn’t like ending there this weekend.

Shrewsbury Town vs Ipswich Town(League One)

Shrewsbury have found form following a surge of three wins in their last four assignments, though New Meadow has long been a happy hunting ground for Ipswich, and the Tractor Boys could leave their hosts disappointed again.

Ipswich have avoided defeat in ten of their last 13 visits to Shropshire, and having lost just once in five League One away tests, they can approach their latest trip there with confidence.

Carlisle United hold League Two’s strongest home record this season, and while their away form continues to let them down, they are a reliable force at Brunton Park.

The Blues have put home advantage to good use in recent meetings with Crawley there, and having beaten Town in four of their last five attempts in Cumbria, they will be lining up another victory on Saturday.