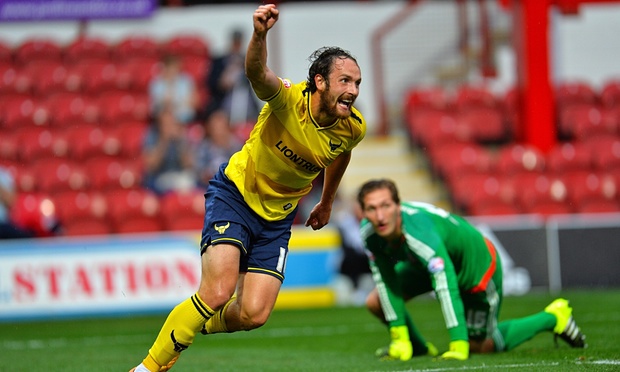 The first domestic cup of the season kicked off in midweek as Championship sides and below met up in the Capital One Cup first round. Tuesday evening was full of drama as a number of Championship sides fell to an early exit to lower league opposition.

Everyone loves a good David and Goliath story, and the cup competitions are the only way us football romantics can get their fix of giant slayings.

Yes, the first round of the Capital One Cup might not be the same as minnows winning the FA Cup at Wembley, but seeing League Two sides knock out Championship teams is still entertainment at it’s finest.

7 Championship teams fell to lower league opposition on Tuesday evening, with Bolton, Blackburn, Burnley, Nottingham Forest, Brentford, Bristol City, and Huddersfield all being humbled early on in the Capital One Cup.

League 1 side Burton Albion held on well away to Bolton, and Matt Palmer struck late on to take a 1-0 victory and a place in the 2nd round home with them.

Blackburn also had a home fixture against League 1 opposition, but Shrewsbury’s 2 goals courtesy of James Collins and Tyrone Barnett were enough to send Blackburn packing.

The newly relegated Burnley saw themselves back contesting in the Capital One Cup 1st Round on Tuesday, and had to travel to Port Vale. It was deadlocked going into the final stages of the match, but Byron Moore fired home late in the match to settle the game.

Luton Town enjoyed a rare win in the League Cup when they beat Bristol City 3-1, and Notts County were the slayers of Huddersfield Town thanks to a 2-1 victory.

The best 2 have been saved for last in this round up of the Capital One Cup. Walsall paid a visit to Nottingham Forest, and came out on top in a dramatic 4-3 victory.

Walsall’s Bradshaw netted a hat trick to lead his side to victory, with the last of his goals coming in the 5th minute of injury time after Forest gave away a penalty. This wasn’t the only drama though, as Nottingahm Forest’s Antonio got 2 goals in the final 10 minutes to bring the game back to 3-3 in the dying embers. 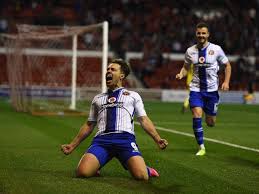 Oxford United produced the most comprehensive shock of the evening with an emphatic 4-0 victory over Brentford. They managed to score 3 goals in the opening 12 minutes, with the 3rd goal a shoe in for goal of the tournament. Take a look below as Kemar Roofe scores an incredible 40 yard volley to make it 3-0.

With so many of the Championship sides eliminated from the competition already, the hopes are high for a lower league team to take the competition by the scruff of it’s neck and make a run for Wembley. You can check out all the highlights from last night’s action below.

CLICK HERE to get FREE daily Football tips from our experts!