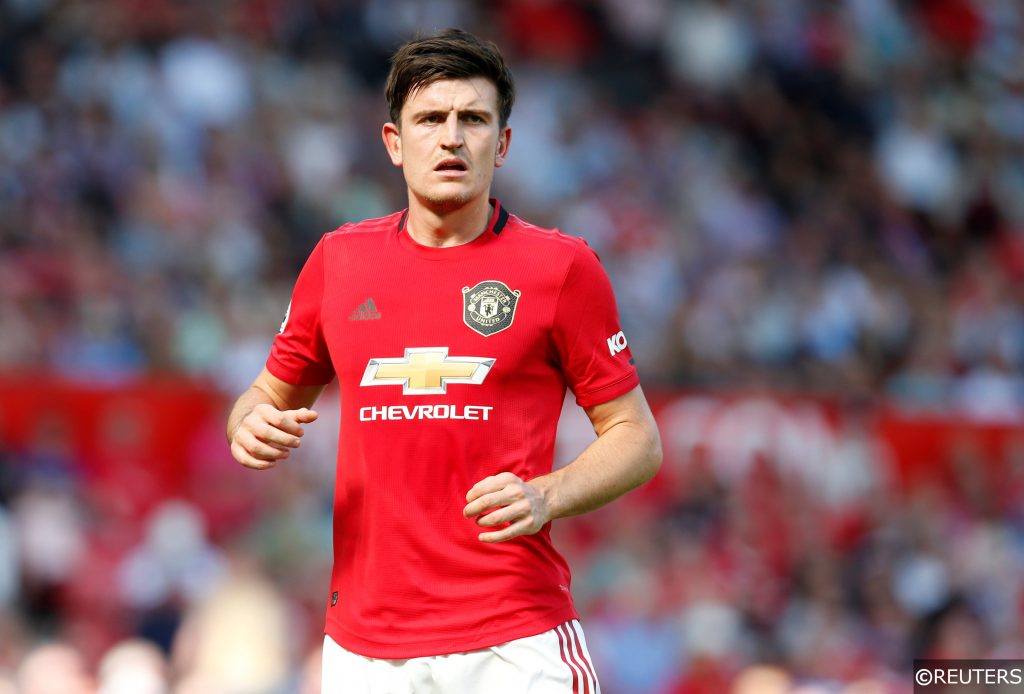 All eyes will be on Old Trafford this evening when United and City lock horns in the first leg of their Carabao Cup Semi Final Manchester Derby double header.

In the first of this two-act epic, United and City will go head-to-head for local bragging rights and what could prove to be a pivotal lead ahead of the second leg later this month.

City are overwhelming favourites to progress to the competition’s final in March, though United’s rapid counter-attacking stratagem proved successful against the Citizens once already this season in the clubs’ Premier League tussle in December.

Ahead of the derby action, we’ve compiled a list of player special betting tips for the game. Check them out below.

Anthony Martial over 0.5 shots on target

Ole Gunnar Solskjaer will be desperate to have Anthony Martial available after the French striker missed United’s 0-0 FA Cup Third Round draw at Wolves at the weekend through illness.

The 24-year old is a hugely influential player, and the statistics show that United’s win-rate spikes dramatically when he plays.

Martial has been averaging 2.5 shots per 90 minutes of Premier League action this term, and the former Monaco star has been hitting his mark with an impressive 1.3 of those efforts.

The rapid forward scored for United with a well taken left footed effort in December’s Manchester Derby, and given the attacking threat he carries, he is priced generously to register over 0.5 shots on target on Tuesday.

Towering centre-half Harry Maguire was one of United’s top performers in their 2-1 triumph over City at the Etihad last month, and the 26-year old will need to be at his best again to help his team to victory again this week.

The statistics behind Maguire’s performances this term show that the England international has averaged just 1.0 tackles per game in the Premier League for United since the summer, though the former Leicester City employee doubled that average at the Etihad in December.

Maguire made in fact, at least one tackle in 17 of his 21 top flight appearances this season, and made two or more challenges on 10 separate occasions overall.

The big-money acquisition is certain to be kept busy and heavily involved on Tuesday against City’s dynamic frontline, and that in turn makes Maguire a prime candidate to make over 0.5 tackles again this week.

Like Maguire, United midfield anchorman Fred will be gearing up for a busy evening on Tuesday.

The fast-improving 26-year old will be tasked with plugging holes and breaking up play in front of Maguire and the other members of United’s defensive unit, though the Brazilian should find that his own time in possession is more limited than usual.

The possession hungry Citizens tend to have much more of the ball than their opponents, and that certainly was the case in December’s Manchester Derby when City enjoyed 71.9% of it.

Fred played just 32 passes that evening and his distribution figures promise to be well below his season average of 57.9 passes per game when he lines up against City again on Tuesday.

Gabriel Jesus was rested for City’s comfortable FA Cup win over Port Vale at the weekend, and though the fit-again Sergio Aguero played a starring role in the 4-1 victory, his Brazilian counterpart is expected to be restored to the Citizens’ starting XI against United.

The in-form attacker hit both of City’s goals in their 2-1 Premier League triumph over Everton in his last start, and the talented technician has scored 13 times in just 15 appearances this season when deployed in a central striking role from the first whistle.

Jesus led the line for City in December’s disappointing Derby, and while he failed to get on the scoresheet, the Brazilian did muster three attempts on goal during the 90 minutes.

The 22-year old tops the charts for City this term for average attempts on goal per game (3.1) and it’s interesting to note that his average jumps to an even healthier 3.4 in his appearances away from the Etihad.

Those numbers suggest that Jesus should have little trouble firing his way past our attempts target on Tuesday.

Luke Shaw to get booked

With pressure from the rapidly developing Brandon Williams starting to intensify, Luke Shaw needs a string of top performances to keep hold of his left-back berth at United.

The 24-year old has been troubled by injuries again this season, but having been rested for United’s FA Cup tie at Wolves, Shaw should be ready to go for Tuesday’s Semi Final first leg.

The usually quick fullback has looked a little leggy this term, and Shaw has already picked up two yellow cards in just eight starts for United since the summer as he begins to chip away at last season’s whopping 11-card haul.

A sluggish looking Shaw will come up against some of the quickest, fleet-footed wide attackers in the game on Tuesday, and we think the defender will struggle to stay out of the referee’s notebook.