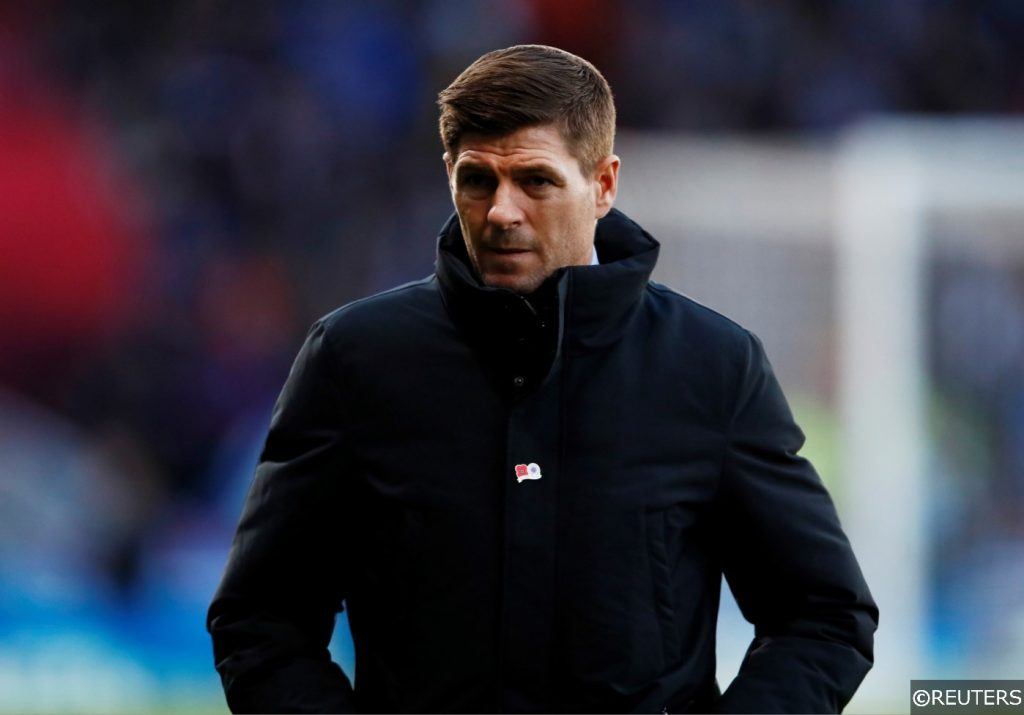 Celtic’s dominance over Scottish football during the last 3 seasons has been evident. The Glasgow club has won every domestic trophy in that space of time, despite the main orchestrator Brendan Rodgers leaving mid-way through last season.

Neil Lennon was brought in to replace his fellow Northern Irishman, but the Hoops had shown signs of wear and tear throughout Rodgers’ 3rd season at the club. This is backed up by the fact Rangers beat their bitter city rivals twice – something they had failed to do since achieving promotion at the end of the 2015/2016 campaign.

You can read our predictions and tips for Sunday’s clash here and whether Rangers can keep up last season’s home form against Celtic.

Gap Narrows Between Bhoys and Gers

Celtic are faced with the following problem: They’ve lost last season’s key defensive players in Dedryck Boyata, Filip Benković, Mikael Lustig and Kieran Tierney. After seeing the club’s pre-season performances, European qualifiers and a trio of league games, it’s obvious that the backline is where Celtic will have the most trouble in the coming months, and Steven Gerrard will be well aware of that.

Over in Govan, Gerrard has been able to maintain his core roster of players for his 2nd attempt at wrestling the league title away from Celtic. He’s also made some key additions to his squad- namely Joe Aribo, Sheyi Ojo, Filip Helander or Jordan Jones, to name a few. Despite calling into question whether the Gers’ boss was up to the task last year, he has vastly improved the club since their liquidation over 7 years ago and this Rangers side is by far the best to date.

The first Old Firm Derby of the season could potentially see a marker lain down for how the rest of the season will pan out. Will the depletion of Celtic and the continued improvement of Rangers set these old rivals on a collision course for a Scottish Premiership title battle?

Could we be in store for the first real title battle since 2011, or will Celtic once again reassert their dominance? We could get our first taste of an answer to this question on Sunday afternoon.

You can follow all the action at Ibrox live on Sky Sports Main Event, and you can find all the other live football on TV here.

The Two Sides to Alfredo Morelos

Then there is the question of star-striker Alfredo Morelos. After failing yet again last season to score against the reigning champions, can the top goalscorer finally net against them? There are going to be at least 4 clashes between the Old Firm sides this in the next 9 months, so the law of large numbers indicates that eventually, he must score. Whether he can do that on Sunday is another question entirely. 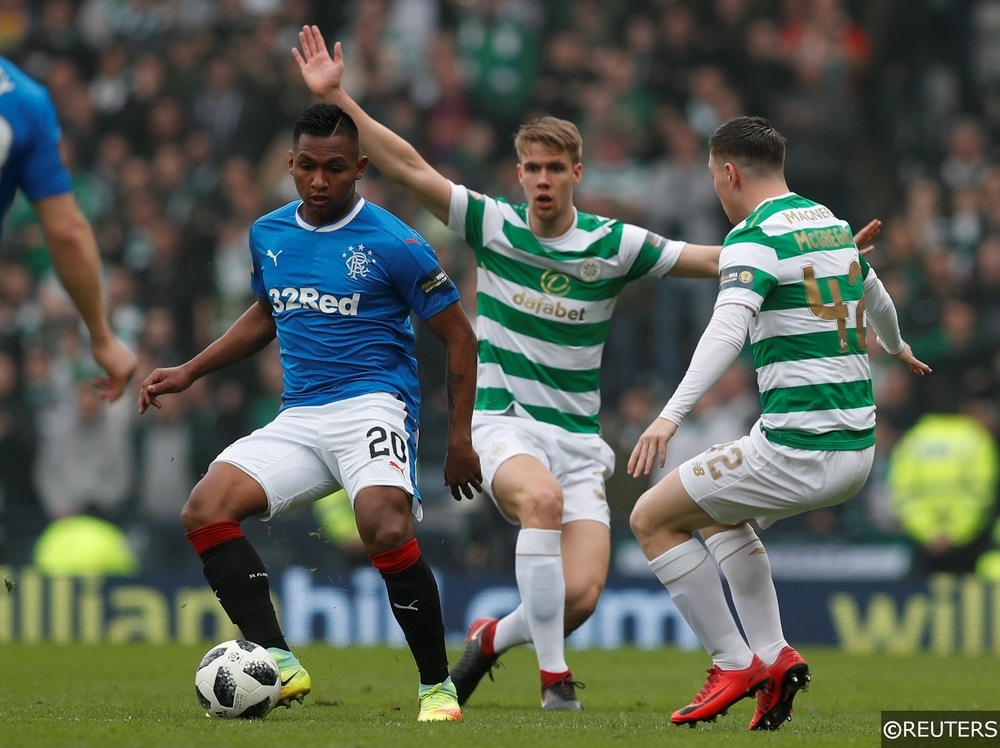 His goalscoring stats last season were off the charts, and so far he seems to be mirroring them this time around. In the 635 minutes of football he’s played this season, he’s scored an impressive 10 goals- an average of a goal every 64 minutes.

However, Gerrard might not even play the Colombian. An obvious reason is Morelos’ temper, which saw him pick up a whopping 5 red cards in all competitions last season. This also probably diminished any supposed interest from clubs outside of Scotland.

The fiery tempered Colombian picked up 9 bookings and 3 red cards in the Scottish Premiership last season, and his record against Celtic doesn’t paint him in an angelic light. His 9 clashes with Celtic have resulted in 4 yellow cards and 2 straight reds, 2 reds. At the time of writing, Alfredo Morelos is 16/1 to get sent off in Sunday’s Old Firm clash, which doesn’t look a bad price at all considering his record.

16/1
Alfredo Morelos to be Sent Off
Bet Here
New bet365 customers can join here
Get Up To £100 In Bet Credits
Open Account Offer: Up to £100 in Bet Credits for new customers at bet365. Min deposit £5. Bet Credits available for use upon settlement of bets to value of qualifying deposit. Min odds, bet and payment method exclusions apply. Returns exclude Bet Credits stake. Time limits and T&Cs apply. 18+
Claim Now

Instead, the Liverpool legend may opt for the more experienced and arguably better suited Jermaine Defoe for this match- someone mature enough to not rise to an opposition player’s bait. Or in other words: Scott Brown.

Rangers will also have the home advantage for the teams’ first clash of the season. Ibrox has been absolute fortress this season, and the fans have played a huge role in the Gers’ home performances. That’s why Rangers will feel lucky that Uefa’s decision to partially close a stand on Thursday in their return leg against Legia Warsaw wasn’t going to affect their most crucial game of the season so far.

On derby days, 3,000 fans less can be the difference between a win and a loss.

All in all, both Celtic and Rangers come into this game in near-equal form. They also find themselves on top of the league and taking the competition by storm. A win for either side won’t necessarily give them that much of an advantage with 8 months of football to be played, but it will certainly apply some unwanted pressure.

It will be interesting to see whether Gerrard decides to field Morelos and whether the Colombian has what it takes to get the buffalo off his back and finally pick up his first goal against his team’s biggest rivals.

Defoe might be the more level headed of the Rangers strikers, but leaving your most lethal forward on the bench against your arch rivals would be a very brave move to make. Instead, we’re expecting him to start, and at 13/8 he looks a good price to pick up his first goal against Celtic.

Remember, you can find all our betting tips and predictions for this weekend’s Scottish football on our Scottish Premiership homepage.