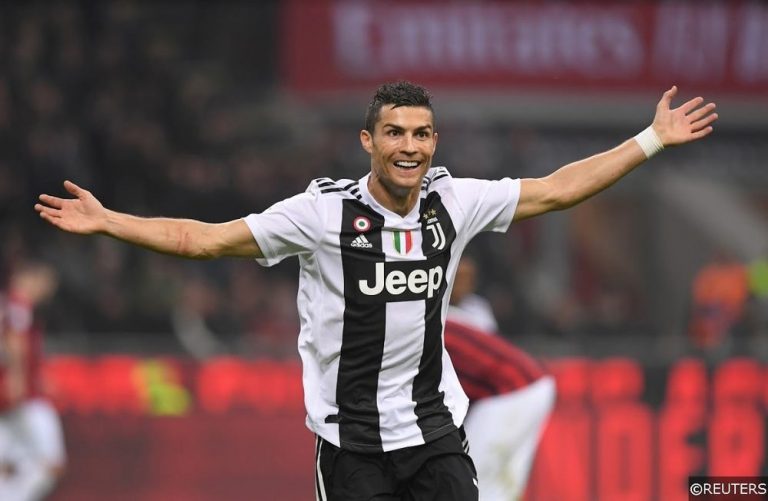 The battle for European club football’s biggest prize resumes this week with four Champions League Last 16 first leg fixtures scheduled to played across what promises to be two dramatic nights of continental action on Tuesday and Wednesday.

In the second pair of Last 16 games on Wednesday evening, tournament favourites Manchester City travel take on Schalke in Germany, while Atletico Madrid host Cristiano Ronaldo and Juventus in the Spanish capital.

With that in mind, we’ve compiled a list of player specials for Wednesday’s Champions League fixtures. Take a look at our selections below:

Make sure to check out our selection of player specials for Tuesday’s Champions League action here!

Manchester City’s electrifying Argentine Sergio Aguero has been in scintillating form for the majority of the 2018/19 campaign, though his performances have reached even loftier match-defining levels in recent weeks.

Aguero has rattled the net an incredible 9 times in his last 6 appearances for City, a sequence that included a double dose of sensational hattricks against Arsenal and Chelsea respectively.

On Wednesday, a Schalke team that has won only 4 of their last 14 games enter Aguero’s cross-hairs in a Champions League Last 16 first leg tie in Gelsenkirchen.

The 30-year old has only started twice and appeared off the bench once in the Champions League so far this season, though Aguero still managed to average 4 shots per 90 minutes, 2.3 of which were on target.

Aguero is almost certain to spearhead City’s attack in Germany this week, and City’s all-time leading goalscorer should have ample opportunities to have a crack at goal against a floundering Schalke team.

You can back Aguero to have over 1.5 shots on target at a cracking looking 4/5 with bet365. 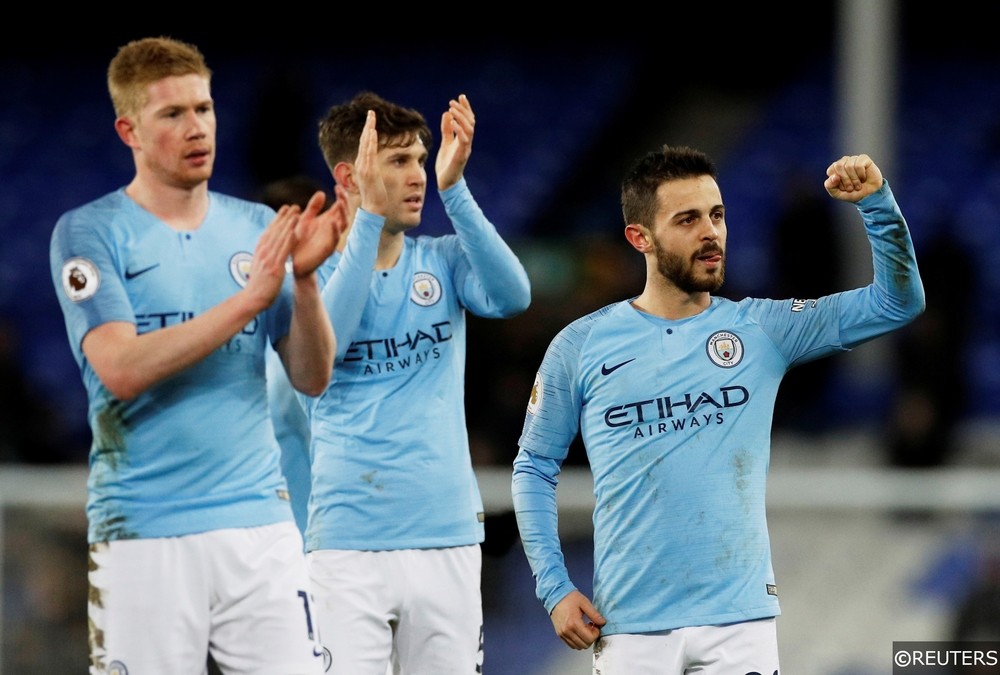 England international John Stones has been used relatively sparingly in the Premier League this season, starting just 17 of the champions 27 league fixtures in 2018/19 to date.

The 24-year old started all but 1 of City’s Champions League 6 Group matches before Christmas however, which suggests that Stones is likely to start ahead of some his competitors for a central defensive berth on Wednesday.

Stones, of course, is famed for his calmness in possession and use of the ball. The former Everton star has played an average of 66 passes per UCL game so far this season, though that average drops to 54 passes when you look at City’s continental away matches alone.

Stones is priced at 5/6 by bet365 to play under 88.5 passes against Schalke, which looks great value when you consider the factors involved.

The defender has played over 88.5 passes in just 8 of his 29 appearances in all competitions for City this season, and with City expected to play most of the game in the opponents third this week, Stone’s time in possession should be minimal.

Make sure to read our comprehensive Schalke 04 vs Manchester City match preview for more predictions and betting tips here.

Juventus’ metronomic possession recycler Miralem Pjanic looks a great bet at 1/2 with bet365 to play over 58.5 passes against Atletico Madrid for several reasons.

Deployed at the base of Max Allegri’s midfield trio, Pjanic is the conduit through which all Juventus’ football generally flows.

Pjanic tops the charts at Juventus for average passes played per game in Serie A (66.8) this season, while the 28-year old ranks second in the same metric for Juve in the Champions League (66.8) behind Leonardo Bonucci (72.8).

Pjanic will put his passing acumen to the test this week against an Atletico Madrid side that regularly like to cede possession to their opponents – Diego Simeone’s men enjoyed just 49.7% of the ball in their 6 Champions League fixtures so far this season.

During an influential 2018/19 campaign to date, Pjanic has played over 58.5 passes in 14 of his 18 Serie A and in 4 of his 6 Champions League starts for Juventus. At the prices available, he looks a great bet to maintain his impressive passing averages in Spain this week. 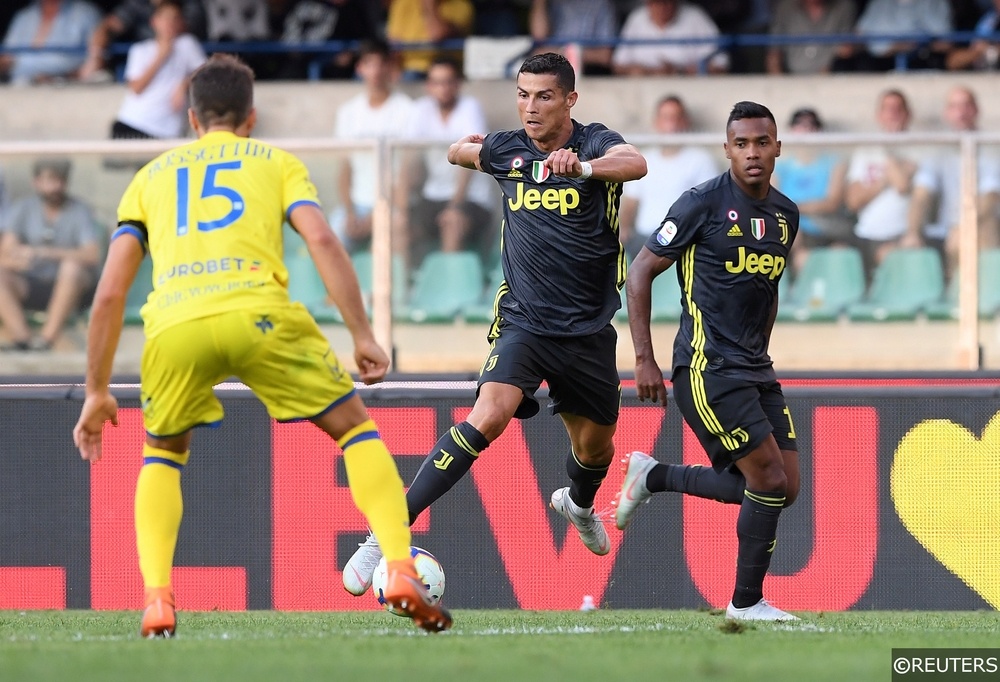 As we touched on above, Juventus look set to enjoy the lion’s share of possession against Atletico Madrid on Wednesday, however, converting their dominance of the ball into attempts on goal will almost certainly be a much trickier task.

Under the direction of Diego Simeone, Atletico have forged a reputation as one of the best-drilled, most highly organised defensive units in world football.

It’s worth highlighting that Atletico have conceded fewer shots per game on average (7.8) than any other team competing in this season’s Champions League.

Los Colchoneros are notoriously difficult to score against at the Wanda Metropolitano, in fact, they have kept 6 clean sheets in their last 8 domestic games there and in 2 of their 3 Champions League matches there this season.

With a defence so expertly knit together, even the incomparable Cristiano Ronaldo will likely struggle to get a regular sight of goal. Juventus’ star-man has averaged an eye-watering 5.6 shots per game in the Champions League in 2018/19, though Ronaldo’s goal tally still stands at a paltry 1.

Ronaldo’s attempts average drops considerably to a more human looking 3.7 when you analyse Juve’s UCL away games in isolation however.

With Atletico’s defence certain to be at threat level red against the Italian champions on Wednesday, Ronaldo could be in for a frustrating evening. That makes him a brilliant price at 5/6 with bet365 to have under 3.5 shots this week.