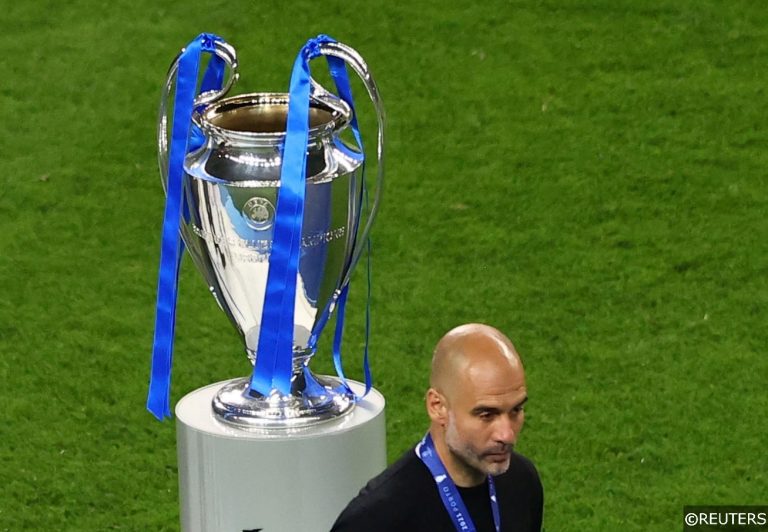 The Champions League group stage has a reputation for being a bit of a procession, but that’s not exactly fair this season. With two rounds of games left there are still 12 places in the last 16 up for grabs.

Liverpool, Ajax, Bayern Munich and Juventus are all into the next round, but there are plenty of races which look set to go to the wire. Given that, we’ve taken a look over the betting odds to qualify and the remaining fixtures to predict who will be playing in the Champions League after Christmas.

With Leipzig taking just one point from their opening four games, Manchester City and PSG are looking good for the last 16. The pair are five and four points clear of Club Brugge respectively and they meet in a showdown this week to see who will win the group.

City lost in Paris but their three wins has put them ahead of PSG thanks to the French giants drawing to Brugge and Leipzig. Neither side will want to take the risk of being unseeded in the next round, so that’s a make-or-break clash. If Leipzig can beat Brugge this week, then the top two will qualify regardless of their result.

Liverpool have won all four games and they’ve already won this group. The three sides below them can all still qualify, but AC Milan need all four remaining results to go their way in order to have a chance. Essentially, it’s a shoot-out between Porto and Atletico Madrid.

Porto have a one-point advantage and the fact that Liverpool have already qualified could play into their hands. The Portuguese side head to Anfield likely to face a much-changed Reds outfit. Porto have the chance to get something there, before hosting Atletico in a final-day showdown. Given that their fate is in their own hands, I are backing the Portuguese side as the first leg in our to qualify accumulator.

Ajax have a perfect record and a place in the last 16 as a result, while they’ve basically put first place beyond doubt too. Besiktas can’t climb any higher than third after losing all four games, while they’ve been no match for any of the other three sides.

Borussia Dortmund and Sporting Lisbon are locked together on six points, they meet in the Portuguese capital on Wednesday night in a game which should decide their fate. Dortmund have looked vulnerable after losing heavily to Ajax twice, while they’ve lost two of their last three games. Sporting lost narrowly in Germany and they host Dortmund on a nine-game winning run, so I’m backing them for the last 16.

As expected, Real Madrid and Inter Milan lead the way in this group. However, underdogs Sheriff Tiraspol are just a point shy of Inter and they’re still in the mix for a spot in the next round. If this group is going to remain competitive, then Sheriff will need to get something at home to Real this week.

Barcelona have lost twice in their opening four games, including a heavy defeat by top side Bayern Munich. The Germans are on course to win the group, so it’s between Barca and Benfica for second spot. The Portuguese outfit will head to the Camp Nou this week, with Barca needing to stamp their ticket before a difficult visit to Bayern to finish the group.

With just four points between top and bottom, this is one of the most open of the Champions League groups. Manchester United lead the way with seven points, but they’ve not found things easy so far. Villarreal are level with the Red Devils and Atalanta are only two points off the top. Even Young Boys – having beaten United on MD1 – can consider themselves in the hunt.

Atalanta head to Young Boys – with the Swiss side on a three-game losing streak in Europe. Atalanta are in fine form and they also have home advantage against Villarreal in the final game, so I’m backing the Italian side to make it into the next round.

With no European heavyweights, we expected this group to be quite even. However, no one would have had Sevilla bottom of the group on three points by this stage. They’re still only two shy of second and there’s only four points between top and bottom. Red Bull Salzburg lead the way, with Lille and Wolfsburg both both on five points in the middle of the pack.

Wolfsburg have done well to stay in contention despite a terrible start to the season, but a managerial change has seen them win three and draw one of their last four. They head to struggling Sevilla before hosting Lille, so Wolfsburg are the final selection in the to qualify acca.

Juventus have booked their place in the next round, but they head to Chelsea this week. The Blues can join them in the next round – and potentially leapfrog them into first place – with a victory. Zenit have three points and they’re battling with Malmo for third realistically.