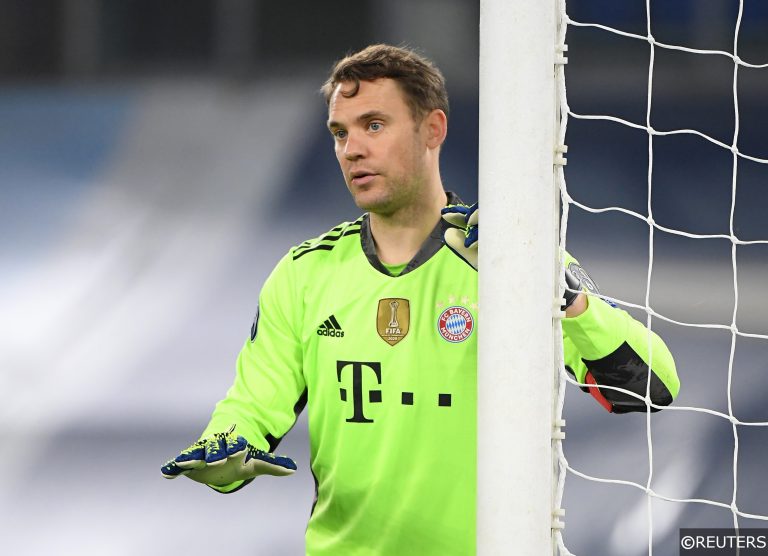 The Last 16 stage of the Champions League concluded yesterday evening, and with the field of combatants halved, just eight teams of distilled and concentrated quality are left to battle it out for football’s most prestigious piece of silverware.

Dozens of the game’s biggest names and best players will compete in the Champions League quarter-finals next month, and to whet your appetite for what promises to be a feast of high-calibre action, we’ve put together a Best XI from the tournament’s remaining sides.

If you disagree with any of our selections, make sure to tweet us @footysupertips to have your say – and remember – we’ll be covering all of the quarter-final developments in detail over on our Champions League predictions page. 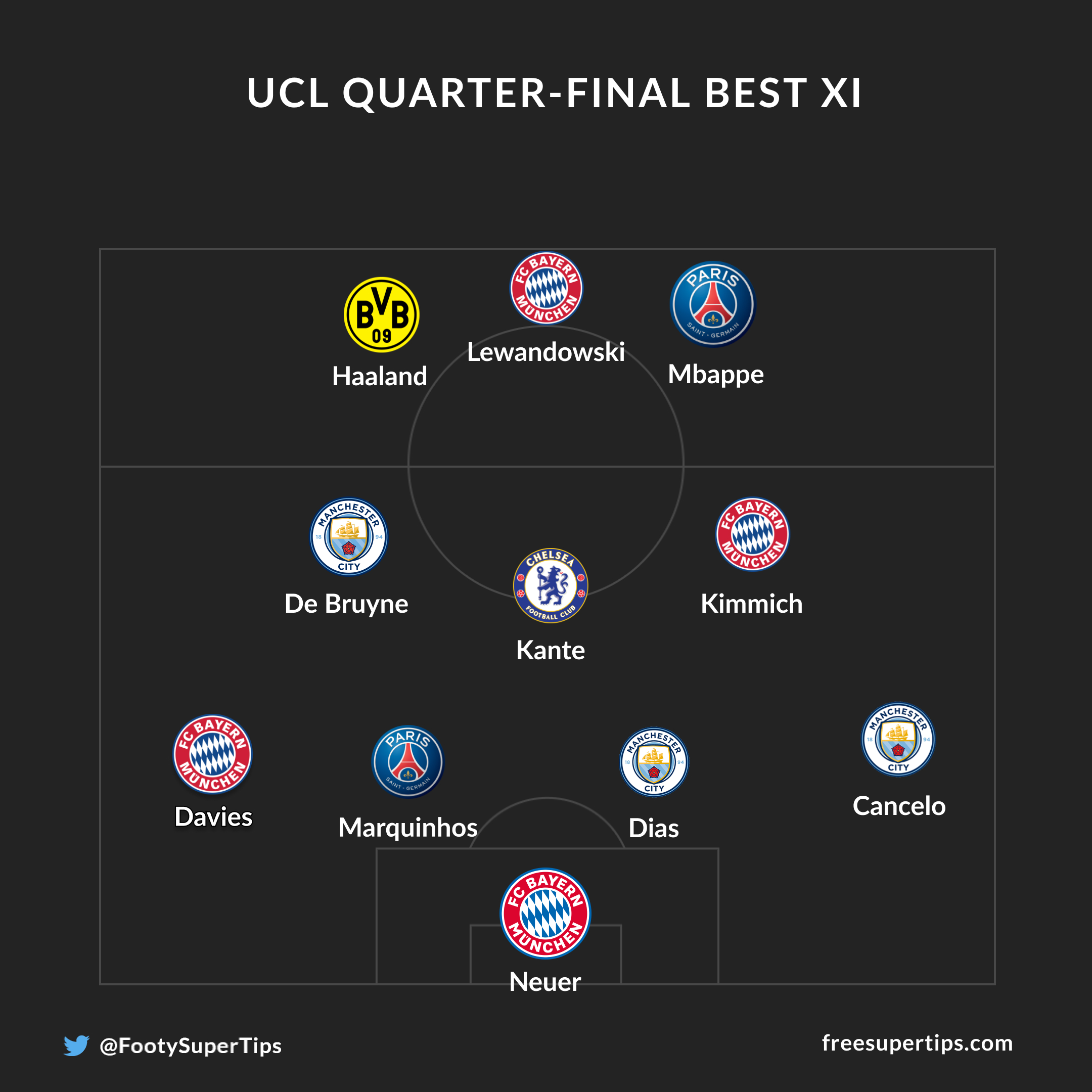 With an average of 5.2 saves made per 90 minutes, Manuel Neuer ranks top of the pile as the Champions League’s best remaining shot-stopper. The highly-decorated keeper has seen it and done it all, and Neuer’s record of producing match-defining moments in the biggest games is unrivalled. Few keepers can match the German’s total command of his penalty area, and Bayern’s number one is our number one for that reason.

Liverpool supporters might not like it, but City’s Joao Cancelo has out-performed Trent Alexander-Arnold by a considerable distance this season. The versatile Portuguese international has made the right-back spot his own since the turn of the year ahead of Kyle Walker, and the 26-year-old’s devastating surges from deep have made him one of the most potent weapons in Pep Guardiola’s armoury. 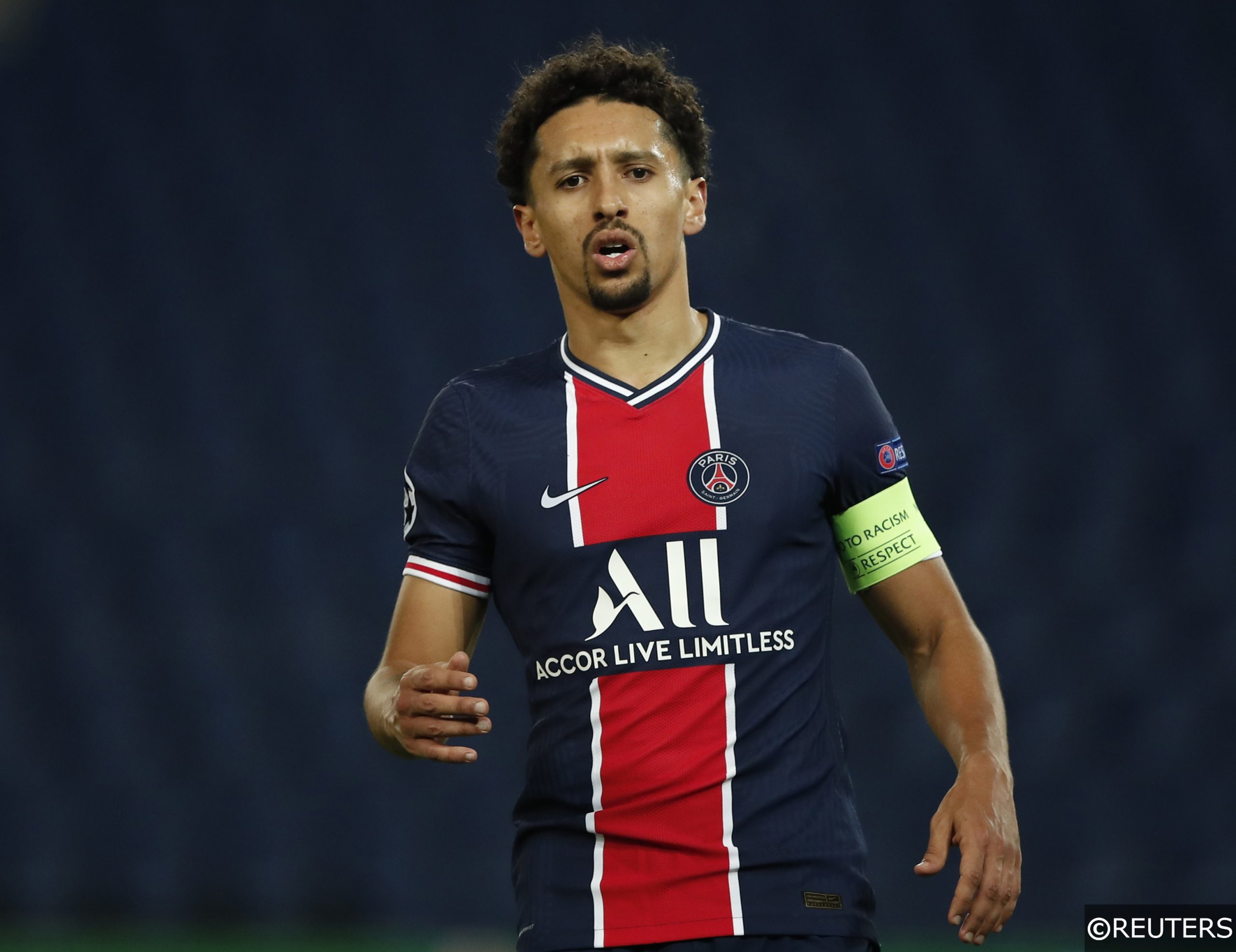 Cultured Brazilian defender has only missed one of PSG’s eight Champions League games this season, and the 26-year-old’s performances at elite continental level have been superb. Marquinhos, who has already played over 60 times in the competition, has taken on greater responsibility since Thiago Silva’s departure, and he will be central to the Parisians’ chances of success.

Ruben Dias has been a revelation since swapping Benfica for Manchester City last summer, and the giant Portuguese defender’s arrival has had a transformative effect on Citizens’ entire defence. City conceded just one goal in the five Champions League fixtures Dias has started this term, and their new talismanic centre-half will be key to the club’s hopes of landing their holy continental grail for the first time.

With Liverpool’s Andrew Robertson off the boil in 2020/21, flying Bayern Munich fullback Alphonso Davies is the obvious choice for our left-back berth. The Canadian international had some injury issues earlier in the season, but he has roared back to his best form since the turn of the year and he looks ready to take the Champions League by storm in the latter stages, just like he did in 2020.

While some of his more attack-minded teammates tend to hog the headlines, Joshua Kimmich is arguably the heart-beat of Hansi Flick’s all-conquering Bayern Munich team. The 26-year-old is a bundle of energy in midfield and the German national team mainstay has a range of passing that is often underrated.

Kevin de Bruyne is enjoying another stellar season for Manchester City and the brilliant Belgian is well on course to surpass his 20+ assists tally in al competitions from last season in 2020/21. The Citizens chief creator has been used sparingly in the Champions League so far, though he has still delivered four assists and one goal in only three appearances in the competition. Expect him to feature heavily from here on in. 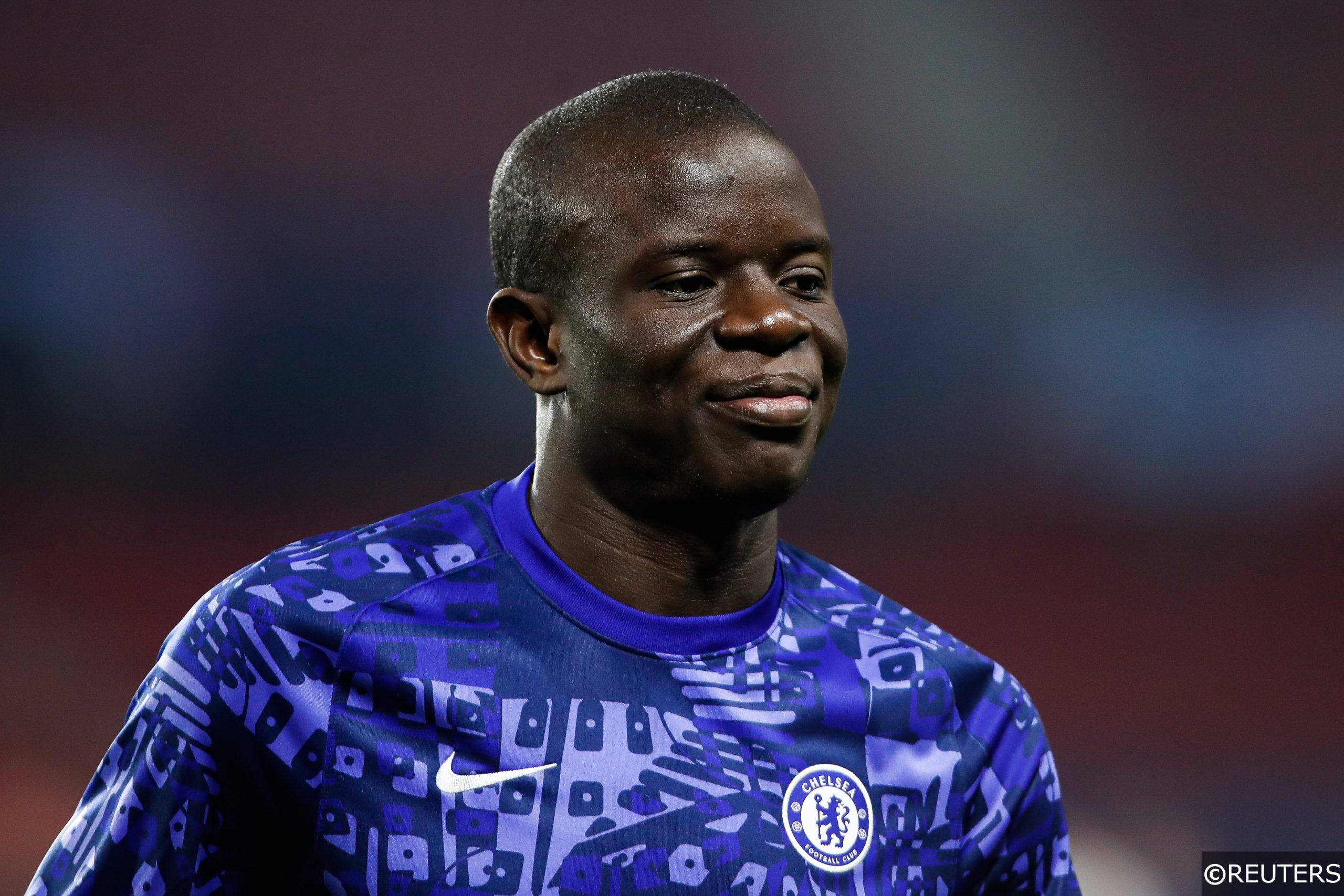 N’Golo Kante has looked back to his very best in a Chelsea shirt since Thomas Tuchel’s appointment, and when the Blues’ anchorman is on song, he is the best in the business in his position. The French destroyer everywhere against Atletico Madrid in Wednesday’s Last 16 second-leg at Stamford Bridge and restored to his favored role, Kante looks set for a strong finish to the campaign.

With 24 goals in 27 Ligue 1 and Champions League appearances combined, Kylian Mbappe has been devastatingly effective this season, and the French wonderkid destroyed Barcelona over two-legs in the Last 16. The 22-year-old is one of football’s most feared forwards and his searing pace and other- worldly close control should prove near impossible to deal with in the tournament’s latter stages.

Norwegian sensation Erling Haaland is Europe’s most in-demand striker – and with good reason. The 20-year-old is the competition’s leading scorer with ten goals, and Haaland’s powerful centre-forward play in the Champions League has been wowing his lengthening list suitors. With Haaland leading from the front, Dortmund will hope to upset the odds to push deeper into this year’s tournament.

With more goals than games to his name, Robert Lewandowski’s strike rate in the Bundesliga and Champions League this season has been exceptional. The veteran hitman remains one of Europe’s deadliest finishers despite his advancing years, and his recent return of ten goals from just seven starts, including both legs of the Bavarians’ Last 16 tie with Lazio, showed that Lewandowski is ready to close out the campaign in typically prolific fashion.