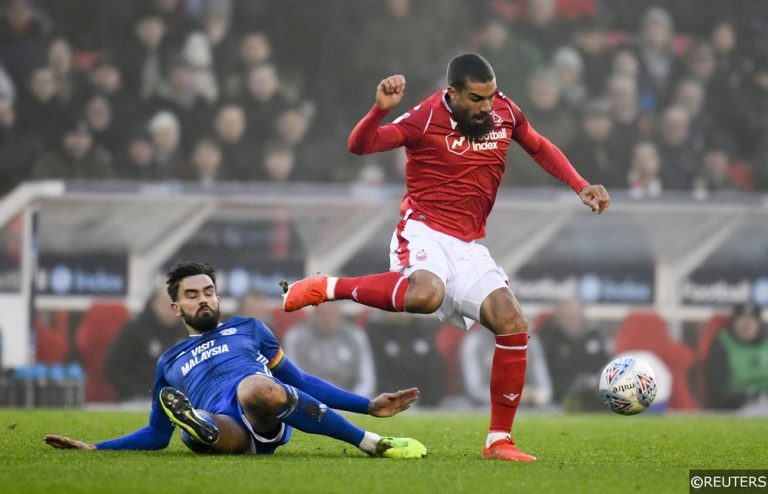 As usual, there’s a bumper offering of Championship clashes on Boxing Day. With a full round of games played across a matter of hours, this crucial day for the second tier is great for the fans.

You can get the rundown on each Boxing Day game in our free football predictions. We are also taking a closer look at the 3pm Championship games on Thursday, which has plenty of value flying around according to the form guide.

We’ve put together a fourfold which is priced at 26/1 ahead of those 3pm games. While there’s plenty to choose from in this packed day of football, we have taken four of our Championship tips to produce this accumulator.

See our guide to all of the live Championship football this Christmas!

We see goals in our Cardiff vs Millwall predictions, but how will Neil Harris do when his former side visit? It’s been a tough season for Cardiff, but the manager certainly landed on his feet when he got the Cardiff job after his Millwall sacking. So far, he’s paid back that debt with some solid results.

The Bluebirds have one of the best home records in the division, winning seven of their 11 home matches. They have won every clash at home to a bottom half side ahead of this meeting with 13th placed Millwall. While they face a Millwall side who are in form, the first signs of problems were exposed at the weekend, as the Lions went down at home to a struggling Barnsley side.

The visitors have picked off some sides on the road who have been in bad form. They’ve preyed on Derby, Bristol City and Swansea, but their loss to Barnsley – the Tykes only away win this season – has to be a major concern. Now they head to a club who have an impressive home record. When you add to that the Harris factor we expect the Bluebirds to win. The manager should be desperate to gain three points over his former employers and we expect him to do it.

These two were in different divisions last season, and they’re both on their way to a return. Luton are struggling near the bottom of the table, while Fulham are making their way towards a playoff spot. Can the visitors continue their promotion push with three points here to push the Hatters closer to danger?

The hosts are the worst side defensively in the Championship. Aleksandar Mitrovic put them to the sword with a treble in their clash earlier this season. We see him striking again in our Luton vs Fulham predictions. However, can the Serbian striker fire the Cottagers towards another victory as they look to follow up the weekend win over Leeds?

Luton have already lost to each of the league’s top seven so far, while they have five losses in six clashes with teams in the top half. Fulham are back to winning ways and they should have enough to see off a side with 15 defeats in 23 league games this term. We are going with a Fulham win in our Championship fourfold.

See our football betting tips today for the latest selections and accumulators.

Boxing Day has been a happy hunting ground for Middlesbrough in recent years, as they have won six of their last seven home league games on December 26. They are hoping to add to that fine run, as Jonathan Woodgate’s team are in need of a result. They have spent most of the season inside the bottom six, performing far below expectations.

However, Boro have been stepping it up of late. The hosts have claimed victories in each of their last three home matches to comes into this one as the favourites. They are going up against a Huddersfield team who have lost six of their last seven visits to Middlesbrough. With just one win in 15 meetings with Boro, this isn’t a great trip for the Terriers.

We expect the hosts to add to their fine record over Huddersfield with another victory here in our Middlesbrough vs Huddersfield predictions. Middlesbrough are gaining confidence at their own ground, especially against lower-ranking sides. With a 100% record against sides from 16th down, we’re going for a home win.

There’s certainly some value to be found in this clash at the bet365 Stadium. As we pointed out in our Stoke vs Sheffield Wednesday predictions, there’s little between these two in the betting yet they are 21 places apart. The Potters spent Christmas bottom of the league, having won once in six games.

Meanwhile, Sheffield Wednesday thumped Nottingham Forest 4-0 in their last away game and they head here with four wins in five matches. The Owls have moved into the top three as a result, with that good form built on a solid record against the lowest sides in the division.

Wednesday have claimed eight wins in nine clashes with the lowest nine sides in the league. That includes a win over Stoke earlier this season. We expect them to continue that good record with a win here. Since Stoke have lost seven of 12 home league games this term, a Sheffield Wednesday win is our final addition to the fourfold.