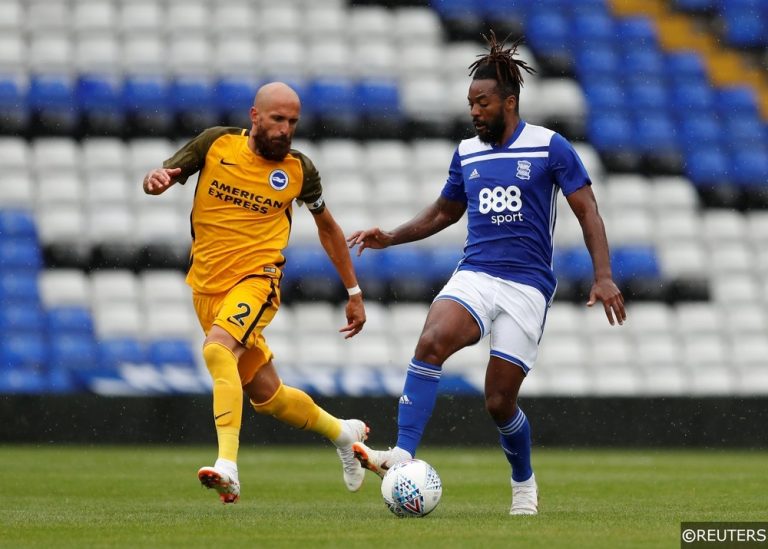 When it comes to the Championship, it’s rare that Aston Villa and Birmingham City are out of the headlines. Yet again they’re the focus as the international break fades and league action returns. With three games in a week to contend with, this is a vital stage of the season. However, there’s reason for worry at both of the Second City clubs.

Can Villa and Birmingham turn things around with a result this weekend? And what twists and turns will we see in the race for promotion? Ahead of the next round of matches from the second tier, we’re looking through the biggest clashes, and key talking points.

The international break brought the threat of a 12 point deduction for Birmingham, following a season battling the EFL. The club are trying to get their finances in check, after going under a transfer embargo in the summer. They are set to be punished for breaking financial fair play laws, with the club breaking laws on profitability and sustainability.

That huge threat could push the Blues in to relegation danger, given that they only have four points from six games. Pushing a club with financial issues closer to League One isn’t exactly going to help, but that’s the EFL tax on ambition. Clubs who recklessly underspend – like Blackpool or Charlton – are allowed to go about their business freely. Racking up debt with a club is obviously a worry, but oddly owners who are willing to invest are villainised. Meanwhile, owners who do nothing with clubs in turmoil are left alone.

Regardless, the Blues have a huge threat hanging over them going in to a clash with local rivals West Brom. It’s not the greatest atmosphere for this midlands derby, which pits Birmingham against a confident Baggies outfit. They’re aiming for a quick return to the Premier League after picking up form, and their attacking talent could pile more misery on to the Blues.

Steve Bruce Under Pressure at Ewood

Meanwhile, things aren’t going too well at Villa Park. Aston Villa head to Blackburn this weekend without a win in five games, a run which has dented their hopes of a play-off push. The top six is the aim for the Villains after sorting out their finances, but they’ve seen their promotion aims stall in recent weeks.

That’s brought pressure on to Steve Bruce, who was being linked with the sack back when the club’s takeover took place in the summer. Thierry Henry was their rumoured pick to replace him, despite his lack of experience. It still seems like the current Villa boss has something to worry about, despite dumping all of his problems on former owner Tony Xia. However, it isn’t the former owner who isn’t getting the best out of key man Jack Grealish this season.

Villa were beaten 4-1 by Sheffield United last time out, and their visit to newly promoted Blackburn is a big test for Bruce. Not only does he have to turn around their form, but the dull style of play has come under fire. Yannick Bolasie has arrived at the club as they look to become a more attacking side. They’ve got work to do in order to fix the problems at Villa Park, and with Rovers starting off well this season, Bruce’s problems could be about to grow even bigger.

Will Brentford Get Back to Their Best?

Elsewhere, Brentford look to have a great chance to continue their push for promotion, as they host Wigan this weekend. The Bees have emerged as contenders for a top two finish, playing some great football in the early stages of this season. Their one setback came at Blackburn, but they managed to bounce back with consecutive victories.

However, narrow wins over Cheltenham and Nottingham Forest aren’t exactly proof that the Bees are back to their best. The early promotion contenders will be aiming to kick on now that they have forward Neal Maupay back once again. The striker missed their last with Blackburn, but the league’s top scorer is available this weekend, as the Bees chase a win.

Brentford already know the strength of the newcomers from League One following their loss at Blackburn, and Wigan have looked strong since gaining promotion. The Latics will test Brentford, but the Bees should continue their promotion chase with a result this weekend. We’ve already gone in to detail on Brentford’s promotion hopes, with the bookies marking them out as serious contenders. Returning with a win this weekend would keep Dean Smith’s side in the mix.