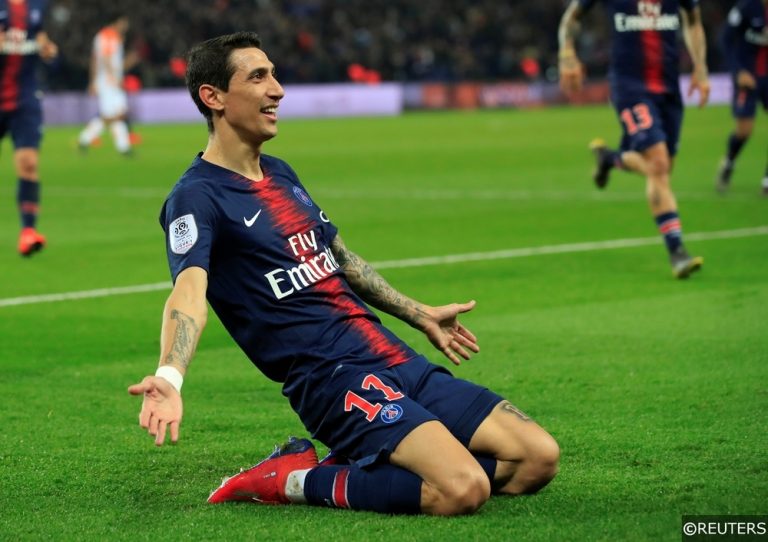 This Ligue 1 season has been a fantastic one with a lot of glory stories while other teams have fallen way off the mark. Lille have been the standout side as they have bounced back from near relegation last year to Champions League qualification this time round and with two weeks still to go, there could still be some movement on the league table.

Teams like Strasbourg, Amiens and Monaco all still have goals still to fight for so even though some may be planning their summer holidays, a few of the remaining matches will be fought tooth and nail. Below we’ve picked out four of this weekend’s most intriguing affairs with different betting angles as well that we’ve collated into an accumulator which can be found at the bottom of the article. Find our reasoning for each bet below.

You can find all of our match previews for this weekend’s Ligue 1 games by clicking here.

A similar story can be heard at Montpellier where they have scored twelve goals in their last seven games, which have included five wins, but they only kept two clean sheets in this time which we feel opens this game up for the both teams to score market. It has won in nine of Montpellier’s last twelve games and in five of Nantes’ last six matches so we’re going to make it our first selection of the acca.

Click here to see our full betting preview for the Montpellier vs Nantes match.

Strasbourg have been a very exciting team to watch this season but for all their attacking ability they just haven’t been able to hold on to a win. They have only tasted victory in one of their last 14 Ligue 1 matches but with 19 goals in that time, you can see where their strengths lie.

The Alsatians travel to Rennes who have conceded at least two goals in seven of their last eight away games and if we pair that stat with the fact that Strasbourg have scored eleven goals in their last five home matches, we can expect some flair from the hosts here. We’re backing Strasbourg to score over 1.5 goals due to their incredible attack, Rennes’ woeful defence and because a win here could see them jump into the top ten, a fantastic achievement for the club. Rennes have also been in horrible form and it doesn’t look as if that’s going to improve as they travel to Alsace.

Click here for our full preview of Rennes’ trip to Strasbourg.

Next we travel to the capital where we’re backing a resounding win for the champions. Even though they have been rather shaky in recent weeks, they still have a lot of quality in their ranks and host 19th placed Dijon who are on the edge of relegation.

Paris’ home form is what should bring them the points though as they have scored twelve goals in their last five games at the Parc des Princes. The stadium has been a dominating figure of French football and with Dijon losing six of their last seven clashes with Paris to nil, we’re backing the Parisians to get the win without much reply from this hopeless Dijon side. After all, Dijon recently lost 8-0 to PSG and that match always resounds in the players’ ears when they travel to the capital.

You can find our full match preview for this game by clicking here.

Our last selection takes us to the principality where Monaco will host Amiens. It’s been pretty well-documented the state of les Monegasques this season and with four losses and three draws in their last seven matches, it’s not hard to understand why they currently sit 17th in the table, level on points with the relegation play-off zone.

Leonardo Jardim’s men cannot afford to lose any matches and with them facing Amiens who sit just above them in the table and are also scrapping to stay in the league, we’re backing a very tetchy affair. Only one of Monaco’s last six home games have seen over 2.5 goals and two of Amiens’ last seven so we’re backing under 2.5 goals for this match as the stakes are so high with relegation looming over the two sides. Amiens have also had five 0-0 draws in their last eight matches so a low scoring match is what we’re predicting.

Our full match preview for Amiens trip to Monaco can be found here.

You can back any of the above bets by clicking on the banners or if you want to compile them into an accumulator, we’ve already put one together which can be backed by clicking below.