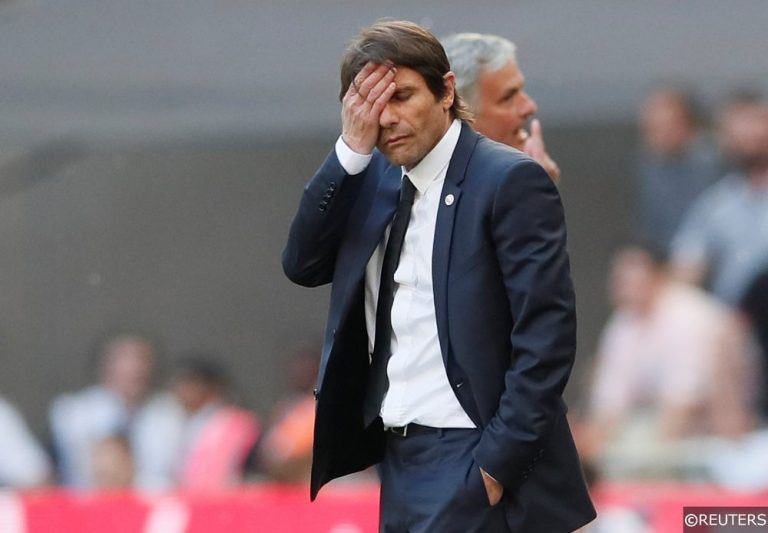 Arrivederci Antonio. After a strange and protracted summer saga, the axe has finally fallen on Italian manager Antonio Conte as the most famous centre parting in the Premier League parts ways with Chelsea.

Conte leaves Stamford Bridge with a Premier League and an FA Cup winners medal from his two seasons in charge in London, though the latter wasn’t enough to gloss over what had been the meekest of title defences in 2017/18.

That poor league showing coupled with an increasingly fractious relationship with the Chelsea board sealed Conte’s fate, though the manner of his departure and the length it has taken to confirm it, has left the club in a state of flux.

Why was Conte sacked?

Since the turn of the year, it had been widely accepted that Antonio Conte was teetering over the precipice at Stamford Bridge. With arguments over the direction and control of Chelsea’s transfer policy rumbling in the background exacerbating the team’s underwhelming performances on the pitch, it seemed inevitable that Conte was a goner.

Rumours of personality clashes in the dressing room heightened tensions even further, with Eden Hazard, Willian and Thibault Courtois all rumoured to have been rubbed the wrong way by Conte.

The Italian’s touchline intensity and authoritarianism had been a recipe for success in his first season at Chelsea, but when results started to turn, so did the players enthusiasm for Conte’s despotic training regime. 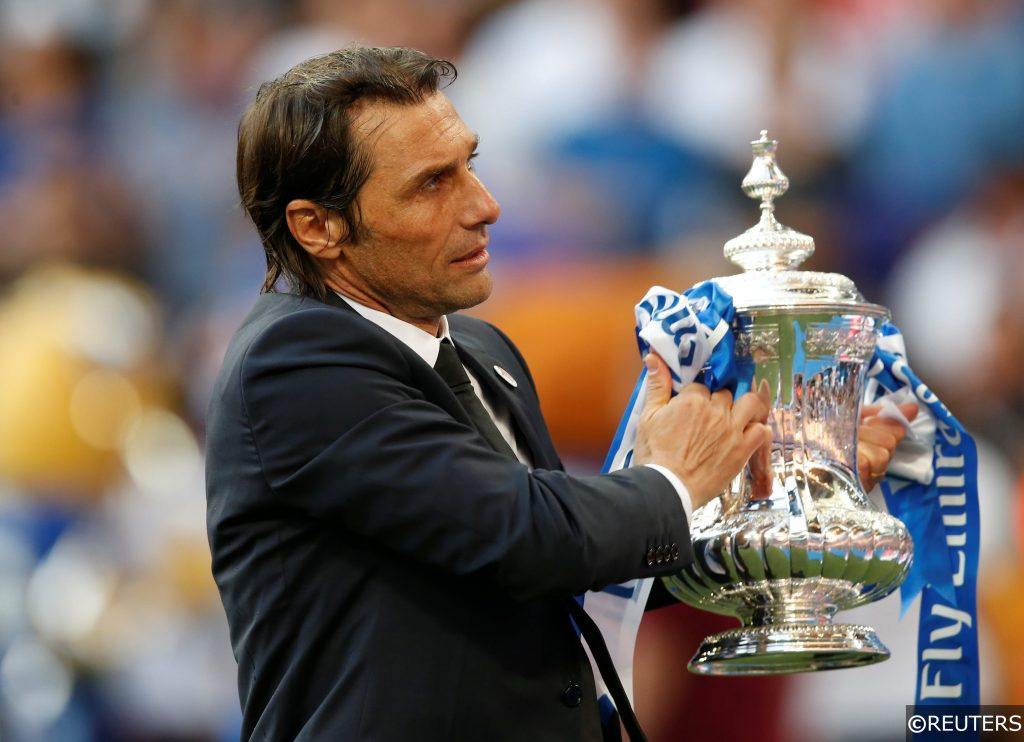 When the Blues beat Manchester United to win the FA Cup at the end of the 2017/18 campaign, it felt like the ideal finishing point for Conte’s Chelsea career. Yet, 54 days after lifting the cup, Conte was tracksuited and booted at The Cobham Training Centre, running pre-season drills for a bewildered playing staff.

Conte must have been sitting by his phone throughout June, watching on as Chelsea publicly courted and opened negotiations with Napoli manager Maurizio Sarri. From the outside at least, it looks as though Conte was kept firmly in the dark as Chelsea actively worked on replacing him.

But even with communication kept to a minimum, the experienced Conte would have known full well that his days were numbered. It seems far-fetched to believe that he was happy to be Chelsea’s contingency plan – to play the role of managerial safety net in case the Sarri deal fell through.

So why did Conte and Chelsea prolong what was such an obvious charade for nearly two months?

Unsurprisingly, the reason for the delay looks decidedly fiscal.  Antonio Conte had 12 months of his lucrative £9m a year deal still to run at Chelsea and Roman Abramovich and his board were reportedly reluctant to pay the compensation required to end that contract early.

Conte had been linked with the vacant manager’s position at Paris St. Germain and with a return to his homeland. But when PSG looked elsewhere to fill their managerial void and no job of note opening up in Italy, Conte’s escape route from Chelsea suddenly looked more complicated.

If Chelsea had hoped that their open pursuit of Sarri would cajole a prideful Conte into walking away, they were wrong. Cleverley, Conte kept his counsel, stayed out of the press and turned up for pre-season training as normal.

With the new season rapidly approaching and the window of time to sort out their transfer plans and preparations starting to creak shut, Chelsea’s hand was forced. Now they must hack their way through a potentially convoluted pay-off for Conte and at the same time pay a huge chunk of compensation to Napoli to secure Maurizio Sarri as their new manager.

Conte’s severance package is likely to take the total paid by Chelsea to sacked managers to somewhere in the region of £90m since Roman Abramovich bought the club in 2003. Sarri will be the 13th man to take charge at Stamford Bridge since the Oligarch purchased the club (15th if you include Steve Holland’s 2 days as caretaker boss in December 2015 and Ray Wilkins 6-day stint in the hot seat back in 2009).

What can Maurizio Sarri bring to Chelsea?

In short – aesthetically pleasing, fluid football. In complete contrast to the style of his compatriot and predecessor Antonio Conte, Maurizio Sarri’s philosophy is built around playing fast, imaginative football.

While Conte’s leant heavily on positional discipline, defensive rigidity and structured play, Sarri’s purist doctrine saw Napoli playing some of the most eye-catching football in Europe.

Under Sarri, Napoli’s players zipped one and two-touch passes to each other, opening up spaces and pulling defenders around through their clever movement and relentless running. Their forwards pressed high and aggressively, which allowed them to win the ball back early and in dangerous areas.

In many ways, they play a similar style to Pep Guardiola’s Man City, with many of the tenants of the Citizens game mirrored by Sarri’s Napoli. Sarri’s style certainly seemed to make a huge impression on Guardiola when Napoli played City in the Champions League.

After the game, Guardiola said: “We faced one of the best sides I faced in my career – probably the best.”

In terms of statistics, Napoli posted some great numbers last season. They had the second highest number of successful across Europe’s top leagues in 2017/18, completing 88% of their passes during the campaign in total. Only Guardiola’s Manchester City had a higher percentage. Napoli topped the charts for possession in Serie A last season too, dominating the ball for 60% of their games on average.

Which of Chelsea’s players are likely to thrive? 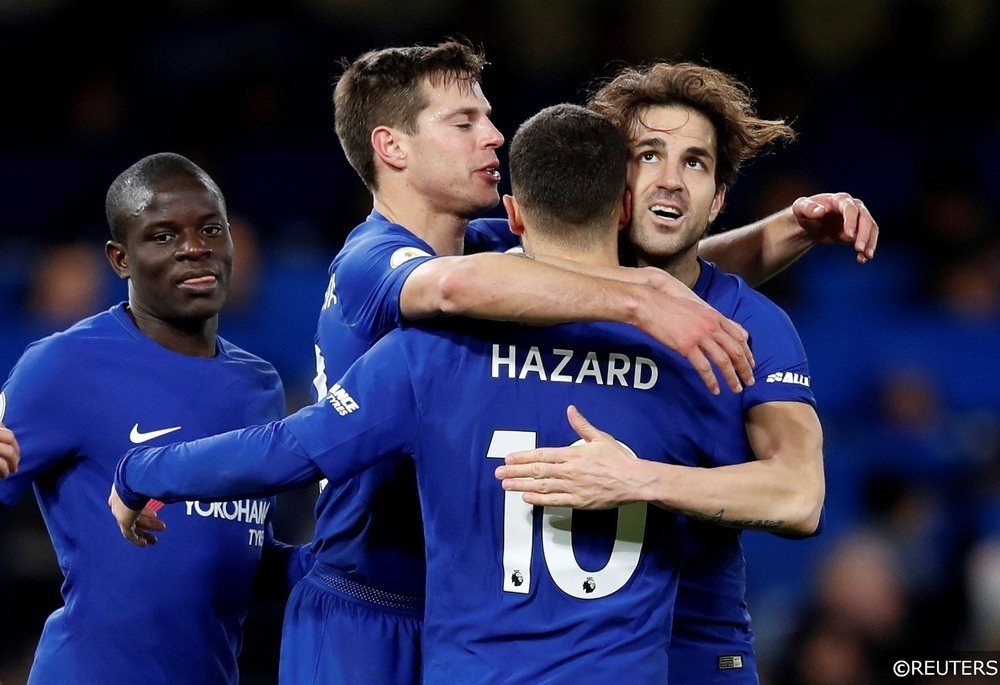 Sarri favours mobile, technical players in attack, which is good news for Eden Hazard, Pedro and Willian, should the Brazilian decide to resist the overtures from Spain. However, Olivier Giroud and Alvaro Morata could struggle to adapt to the rigours of an attacking system that requires perpetual motion.

Chelsea’s fullbacks should love life under Sarri, who worked wonders with Napoli’s Faouzi Ghoulam down the left and Elseid Hysaj down the Partenopei right hand side. At centre back, Sarri likes his defensive pair to hold a high line – that could take some getting used to for players who have become accustomed to playing in a three under Conte.

But while every managerial change tends to send ripples of uncertainty through a squad, Chelsea’s players can at least look to development of their counterparts at Napoli who, almost to a man, improved and blossomed under Sarri’s management. The Partenopei also played with the air of a team that were thoroughly enjoying their work and the Chelsea players would certainly welcome the chance to similarly revel in their task having had their enthusiasm for football drained by Conte.