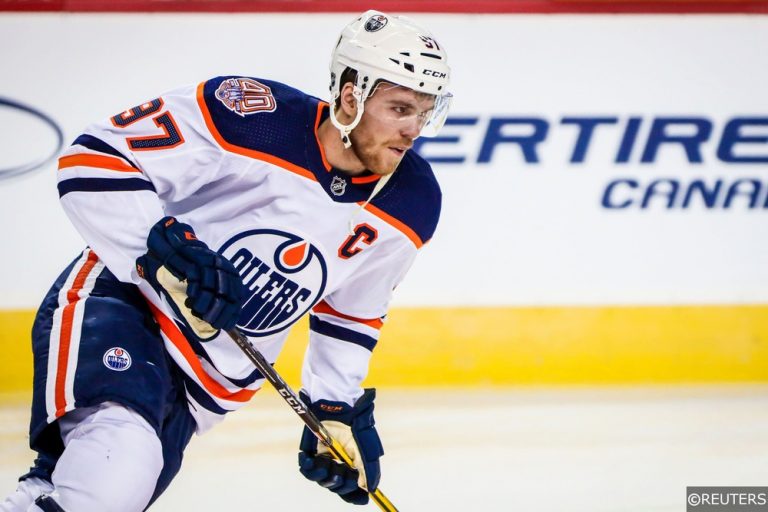 What a start to the new NHL season it has been for our expert here at FST!

They’ve landed six of their nine NHL Double selections and also landed an 11/1 Accumulator on their fourth attempt and a HUGE 47/1 Mega Accumulator (reduced odds) on their second attempt on Thursday Night! Here’s how the action unfolded:

We targeted goals on Thursday’s games and needed the following totals from each match: 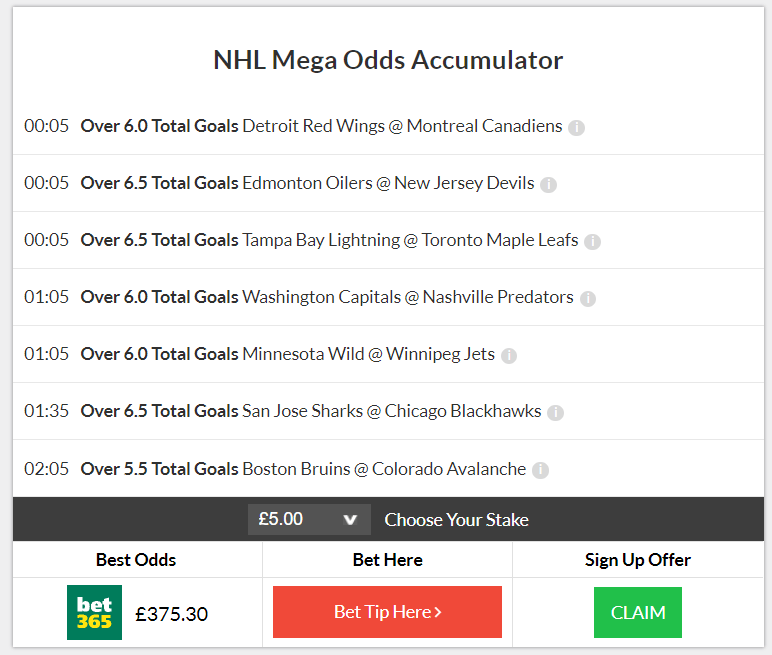 The Leafs v Lightning game got us off to the quickest start, with seven goals in the first period. Our other 00:05 legs were a bit more problematic. The Devils v Oilers game went all the way to a shootout to reach the seven goal total, while the Canadiens v Wings game ended with six goals exactly, meaning that leg was a push and the odds of the Mega Accumulator were reduced from 74/1 to 47/1.

Predators v Capitals and Jets v Wild were the next games up. These were two more matches that made us sweat. Both games only really got going in the final period, with five goals in the Predators’ game and four in the Jets’ game eventually bringing those legs home.

Finally, we had Blackhawks vs Sharks and Avalanche vs Bruins. The former landed comfortably within the second period… but in the Avalanche game we’d only seen four goals by the end of that and we needed six! Fortunately, Avalanche were determined to make it three wins from three in the new season, and two goals from them in the final period saw our accumulator land!

As we liked goals for Thursday’s games, it made sense that our five-legged accumulator included the same games. However, for this to be a less risky bet, we reduced the amount of goals needed in the opening four legs, to give us an even greater chance of winning. 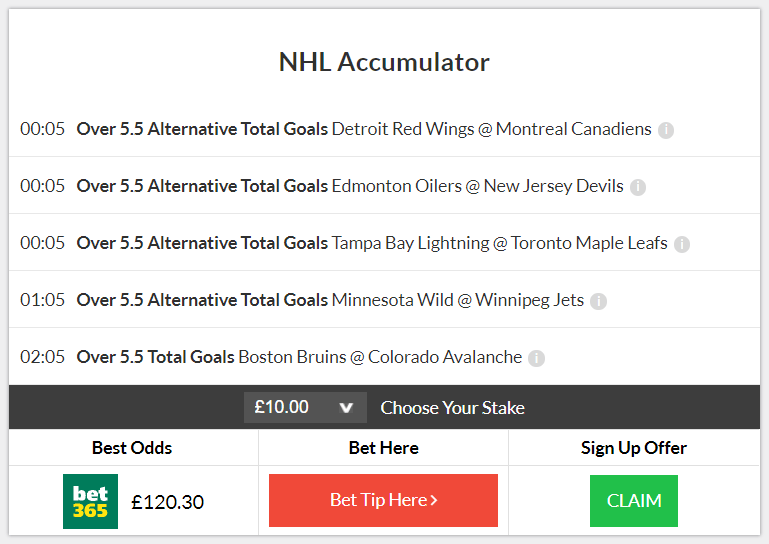 Finally, our Double was our two most confident selections for goals on Thursday’s games. Interestingly, though this bet also landed, these were not the two highest scoring games of the night. That honour goes to the Predators v Capitals and Maple Leafs vs Lightning matches!

The NHL is back in full swing, so be sure to bookmark our Free NHL Tips page for future predictions!