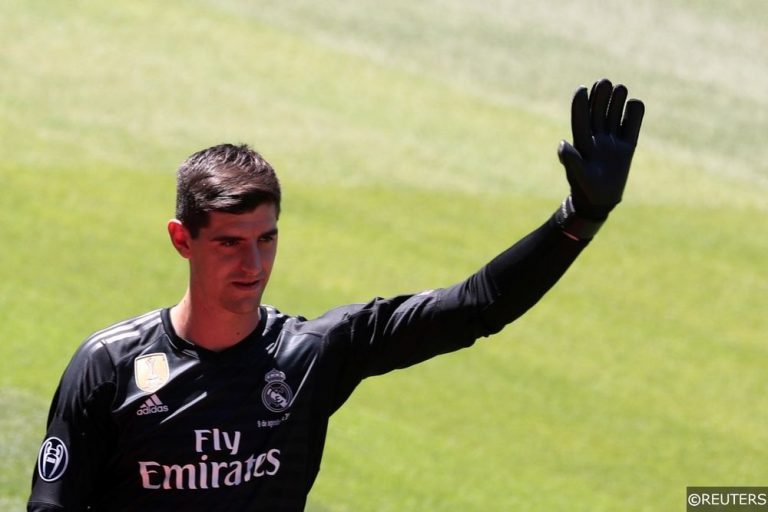 5 games in, the Spanish top flight already has a familiar look to it with Barcelona and Real Madrid setting the pace at the top with 13 points apiece. All the early signs are that it will be a very close title race, in contrast to last season when Barca were already starting to pull away at this point. It has been a case of so far, so good for Julen Lopetegui in La Liga and although they’ve had a couple of close games, they’ve arguably been more impressive than Barcelona, who haven’t convinced on the road and dropped points at home to Catalan rivals Girona at the weekend.

We are in the midst of a busy period in the season with the games coming thick and fast both in the Champions League and La Liga, which has a full midweek fixture list. Clearly at such times, squad depth is key and Real Madrid look as though they might just have an advantage in that area despite a pretty active summer of recruitment by Barcelona. Of the two sides, it is Los Blancos that still seem far more comfortable with the sheer notion of rotation and that could be key as the season wears on.

Read more – How Bale, Benzema & Asensio are thriving without Ronaldo

The blueprint for success in La Liga as far as Real Madrid are concerned may just lie with what they managed to do two seasons ago. With one of the strongest squads any Spanish side has ever managed to assemble, they won La Liga in spite of, or arguably thanks to regular rotation and the consistent resting of key players.

The stats from that campaign are pretty remarkable and show just how much faith Zinedine Zidane placed in his fringe men. Not a single Real player made 30 league starts that season and surprisingly the only man to make more than 30 appearances was Lucas Vazquez, who was never a first choice selection. The 15 goals scored by Alvaro Morata were key in Real’s eventual title success and their ability to rest the likes of Ronaldo and Benzema and replace them with players of that kind of quality was decisive as they pipped a consistent but ultimately tired-looking Barca side to the title.

Real’s squad may not be quite as strong now but there is still plenty of quality in reserve and Julen Lopetegui has already demonstrated his willingness to rotate and keep his players fresh. Gareth Bale didn’t even get off the bench at the weekend even though Real Madrid were labouring slightly against Espanyol. Only Sergio Ramos, Marco Asensio and Karim Benzema have started all five league games so far this term and only Ramos has played every minute of their fixtures in La Liga.

📻[Esports RAC1] | Barcelona will appeal to the competition committee against the red card for Lenglet in the match against Girona. pic.twitter.com/n6R0EuPl1G

In contrast, Barcelona have five players who have played every minute in La Liga and while Real Madrid seem capable of rotating all over the pitch without significantly weakening the team, it’s a very different story at Camp Nou. While Leo Messi would be tough for any team to find an adequate deputy for, Barcelona’s dependence on what is perhaps the slightly declining force of Luis Suarez is of more concern. Barca’s back up forward players simply aren’t even close to that level and Valverde appears to have little faith in them. Munir is yet to get on the pitch in La Liga this term while the Barca boss was surprisingly public in his admission that Malcom wasn’t really his signing and with just 6 minutes of league action to his name, the £36 million man clearly has a lot of work to do to win over his new boss.

It’s not just up front though where Barcelona are vulnerable to injuries and seemingly hugely dependent on their regular starters staying fit. Valverde attempted to rotate his midfield at Real Sociedad a couple of weeks back but the plan quickly backfired with Sergi Roberto moved to right-back at the break and Rafinha withdrawn soon afterwards as the Basques bossed the midfield battle. While Arthur is held in pretty high regard, it could take a season or two for him to adjust to the European game while the Barcelona youth academy isn’t quite churning out the midfield talent like it used to with younger players such as Denis Suarez, Sergi Samper and Carles Aleña having done little to gain Valverde’s trust in the same way the likes of Marco Asensio and Dani Ceballos have done in Madrid.

Barcelona again ran into trouble when they rotated slightly at the weekend. Summer signing Clement Lenglet saw red on his first league start for the club, hardly the ideal way to settle into the pressures of playing for one of European football’s superpowers. By the hour mark, regulars Ivan Rakitic, Samuel Umtiti and Philippe Coutinho had all been introduced from the bench as Barca fought back for a 2-2 draw but so far at least they still look like a side with a very strong first eleven but with a big gulf in quality when it comes to their back-up options.

In time, some of Barcelona’s summer recruits may emerge as more fitting deputies to the star-studded first eleven but Ernesto Valverde may be somewhat envious of Real Madrid’s ability to call upon somebody like Nacho. The Spain international can play anywhere across the back four and has rarely let Los Blancos down over the years. His versatility may be as much a blessing as a curse from his point of view, as it has made it difficult for him to cement down a regular position in the team but he is a much better defender than he gets credit for and Real are blessed to have a back-up option of his quality. Álvaro Odriozola is another member of Spain’s World Cup squad who will predominantly be warming the Bernabeu bench this term but is more than capable of coming in and doing a job.

Real are clearly very well equipped in the goalkeeping department with Keylor Navas and Thibaut Courtois competing for the number one jersey and there is healthy competition across the rest of the side. Lucas Vazquez is again likely to employ a squad role and at 27 he is no longer a youngster but a player with plenty of experience behind him having been a part of all of Real’s recent European triumphs.

While neither Nacho nor Lucas Vazquez are likely to produce the moments of magic that will determine the destiny of the title race, all top sides need selfless team players of that ilk and Real do have several fringe players you’d class as reliable performers who are unlikely to rock the boat during the times when they aren’t seeing much action. Barcelona could probably do with one or two more players of that mould and while they do just about justify their status as title favourites, their inability to rotate quite so efficiently leaves them risking a case of burnout in the latter stages of the season again while an untimely injury crisis would be a bigger problem for them than it would be Real Madrid.