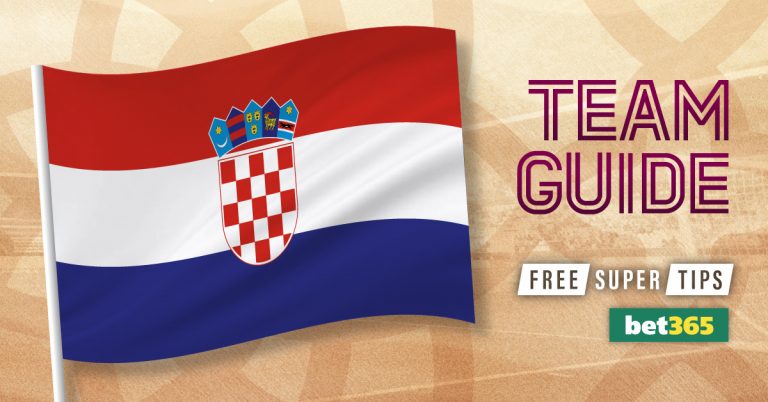 Croatia were one game away from a remarkable World Cup triumph in Russia four years ago, but will be less fancied to repeat the trick when arriving in Qatar with an ageing squad.

However, Zlatko Dalic’s men offered a reminder of their quality when topping a group containing France and Euro 2020 semi-finalists Denmark to qualify for the UEFA Nations League Finals in September.

Meanwhile, this World Cup is set to provide a last hurrah for several global stars and the man who won the Ballon d’Or off the back of the last tournament, the brilliant 37-year-old Luka Modric, will be desperate to make an impact once more.

Croatia: The story so far

However, they had few problems in reaching this tournament, with a shock defeat in Slovenia their only reverse as they beat Russia to top spot by a single point in their qualification group.

In the current edition of the Nations League, meanwhile, Croatia were back at their controlled best, bouncing back from an opening-game loss to Austria to finish ahead of Denmark and France in Group A1 despite only Modric scoring multiple goals.

Having been drawn into Group F, Croatia begin their World Cup campaign against Morocco on November 23 before facing Canada and Belgium.

Priced at 5/2 to top their group, Croatia are considered clear second favourites behind Belgium, though the Red Devils themselves possess an ageing squad and a few injury concerns.

Although Dalic’s team will be confident of progressing to the last 16, the presence of Spain and Germany in the neighbouring group means things get tricky from there; Croatia are 3/1 to reach the quarter-finals, 7/1 for a semi-final berth, and 16/1 to replicate 2018’s run to the final.

For a country of just under four million people, Croatia have consistently punched above their weight at World Cups since their first campaign as an independent nation in 1998, when they finished third in France.

In that tournament, Davor Suker’s six goals won him the Golden Boot and teed up Croatia’s semi-final loss to the hosts, and though the same opponents foiled them in 2018, they went one stage further by breaking English hearts in a dramatic final-four meeting.

As a defensive midfielder for the likes of Hajduk Split, Dalic never made a name for himself on an international level as a player, but he has certainly done so since taking charge of his country in 2017.

Dalic spent a prolonged spell in the Middle East with Al-Faisaly, Al-Hilal and Al-Ain after guiding Varteks – who he also represented as a player – to a Croatian cup final, but returned to Europe when Croatia dispensed with Ante Cacic’s services.

The 56-year-old’s achievements with Croatia have been nothing short of incredible, and their 2018 campaign marks him out as his country’s most esteemed international boss.

Meanwhile, the Kockasti have been easy on the eye during his tenure, adopting a progressive 4-3-3 system based around the metronomic abilities of Modric and the ball-carrying skills of Mateo Kovacic.

Dalic’s system has changed little from 2018, with the obvious absentees being Ivan Rakitic, who retired from international football in 2020, and Ante Rebic, who has been left out of their preliminary squad after slipping down the pecking order at Milan.

Dejan Lovren and Demagoj Vida formed a fearsome defensive partnership in Russia, though the emergence of RB Leipzig’s Josko Gvardiol – a pacey, versatile defender – gives Dalic’s team added depth at the back.

Croatia do still lack an obvious goalscorer, with Tottenham’s Ivan Perisic playing a far more advanced role at international level. The perfectly balanced midfield trio of Modric, Kovacic and Inter’s Marcelo Brozovic, however, should allow them to dictate games in the Qatari heat.

Croatia could certainly threaten any side in Qatar, but their lack of a goalscorer – as well as the likelihood of them meeting Spain or Germany in the last 16 – makes another deep run unlikely.

Dalic’s side look perfectly capable of seeing off the challenges of Morocco and Canada in their opening two games, and with several question marks existing over Belgium – not to mention the likelihood of rotation if both teams win their opening two matches, Croatia may be worth backing to remain unbeaten in Group F.