Dani Alves overtakes Pele as most successful Brazilian footballer ever 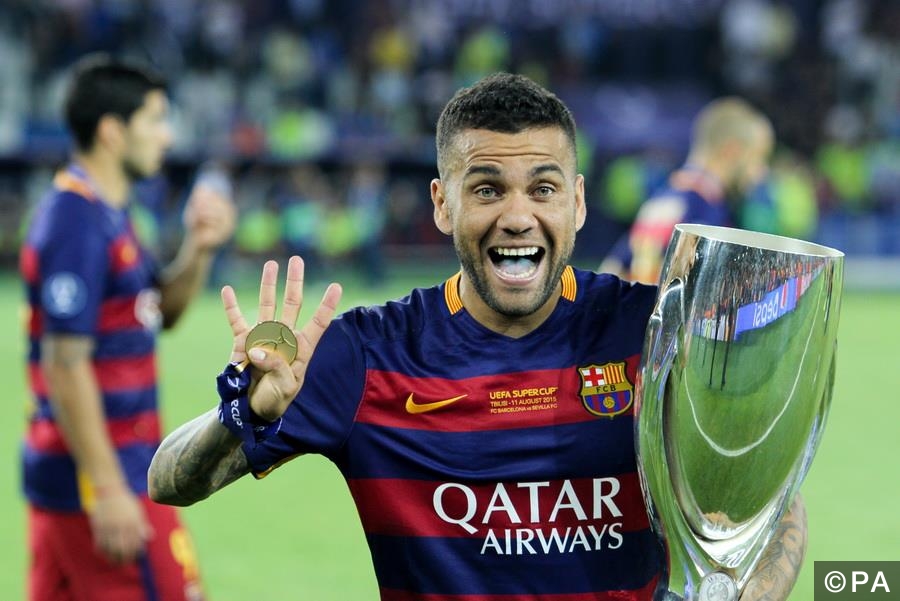 Dani Alves has overtaken Pele to become the most successful Brazilian footballer of all time.

The right-back won his sixth La Liga title on Saturday as Barcelona beat Granada 3-0 thanks to a Luis Suarez hattrick.

These guys have won more trophies than some clubs!

Here’s the breakdown of each players’ incredible trophy haul:

The Brazilian also hit another landmark on Saturday as he registered his 100th assist in La Liga by setting up Suarez to make it 2-0.

He is now third behind only Lionel Messi and Luis Figo for assists provided in La Liga. Not bad for a ‘defender’!

With three World Cups to his name, there is absolutely no doubting Pele’s pedigree. The legend is often regarded as one of the best players to ever play the game and you even hear people that are too young to have ever seen him play say just that.

Pele’s celebration, will always be one of the iconic moments in World Cup history… pic.twitter.com/mt4E6NK2p3

Dani Alves may have a little way to go to match Pele and his overall greatness but his trophy cabinet is certainly on par and at the age of 33, he’s still got at least a few more years to add to it.

The best of Dani Alves

In celebration of his amazing feat, we have decided to take a look back at some of Dani Alves’ best bits including ‘the banana incident’ and that nutmeg against Ronaldo:

In fact, he love to dance that much that it even pissed Puyol off!

Dani Alves is definitely a legend of the game and he could go down as one of the greatest right-backs to ever play it too.

How many more trophies will he win?