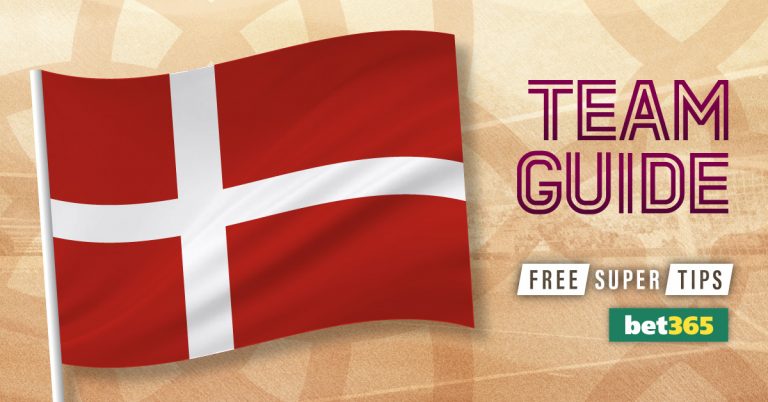 Euro 2022 semi-finalists Denmark don’t have quite the same pedigree as some of the behemoths of world football, but they will hope to go deeper than the group stage in this tournament as they have done in four of their previous five attempts.

Kasper Hjulmand’s men travel to Qatar in high spirits after finishing as comfortable winners in their qualifying group before recording a pair of wins against current World Cup holders France in the Nations League.

Denmark: The story so far

Since reaching the last 16 at Russia 2018, perennial dark horses Denmark have kicked on well with a stunning performance in last summer’s European Championship as they reached the semi-final stage despite the tragic collapse of talisman Christian Eriksen.

With Eriksen making a stunning comeback, Denmark head to Qatar with a renewed determination to equal or better their best-ever World Cup finish which was reaching the quarter-final back in 1998.

Qualification was a doddle for the great Danes, they won each of their opening eight games without conceding a goal until they finally tasted defeat on the final day against Scotland. With a pair of victories against a full-strength France – the current World Cup holders – to follow, Denmark have every reason to be confident of upsetting the odds again.

Danish boss Kasper Hjulmand has been touted to join a major European club side following the success he’s had with Denmark and although tough on paper, the Danes have proven in every competitive setting since last year’s Euros that they can mix it with the best sides in world football.

The Danes are a rather skinny 2/5 to progress to the knockout phase, but that should realistically be a minimum requirement for a nation that has progressed from four of their last five World Cup groups.

For better value, the 3/1 price on offer for Denmark to win Group D at the time of writing looks like value, especially when considering that they have handily beaten France so recently.

Denmark made their World Cup debut at Mexico 1996, where they sailed through the group stage with a perfect winning record against eventual winners West Germany, Uruguay and Scotland before being eliminated in the round of 16.

Since then, Denmark’s place at the tournament has not been guaranteed. The Danish Dynamite qualified for just three of the seven tournaments to follow, yet their best finish lies therein as they reached the 1998 quarter-final after finishing second to France in the group stage.

In a strange quirk of fate, this is Denmark’s fourth pairing with France at a World Cup group stage, they finished top of the group in the 2002 edition and they could do so yet again here with their dynamic, high-pressure style of play.

With a revitalised Christian Eriksen in midfield, the menacing full-back Joakim Maehle patrolling the flanks and the trustworthy hands of Kasper Schmeichel between the sticks, this could be a historic tournament for Denmark.

Danish coach Kasper Hjulmand is a relatively unknown figure in the UK as his only job in club football across Europe’s top-five leagues was a poor 24-game stint with Mainz, yet he has truly made a name for himself on the international stage.

Hjulmand wrote his name into Danish folklore by guiding Denmark to the European Championship semi-finals last season which is a testament to him and captain Simon Kjaer for galvanising the team after facing tragedy in the group stage.

It has been reported that a few European heavyweights have been keeping tabs on Hjulmand, so it’ll be no surprise to see him take the plunge back into club football if he can break yet more records with his native Denmark.

Hjulmand has typically gone for a 4-3-3 formation but is known for his tactical flexibility, with his side often seen switching to a back three during the game.

With such a plethora of talent in the backline and midfield areas, that kind of flexibility is needed to get the best from their often inconsistent frontline that lacks a real talisman.

Expect to see Joakim Maehle marauding down the wings whilst Hojbjerg will marshall the midfield with his gut-busting performances in the heart of the team.

Denmark to win the group at 3/1

Denmark should have enough quality throughout the side to pick up wins against lowly Tunisia and Australia, whilst so much as a draw against France could then see them top the group.

The Danes already have France’s card marked, with no defeats across the last three meetings (W2, D1) suggesting that they can indeed upset the World Cup holders.