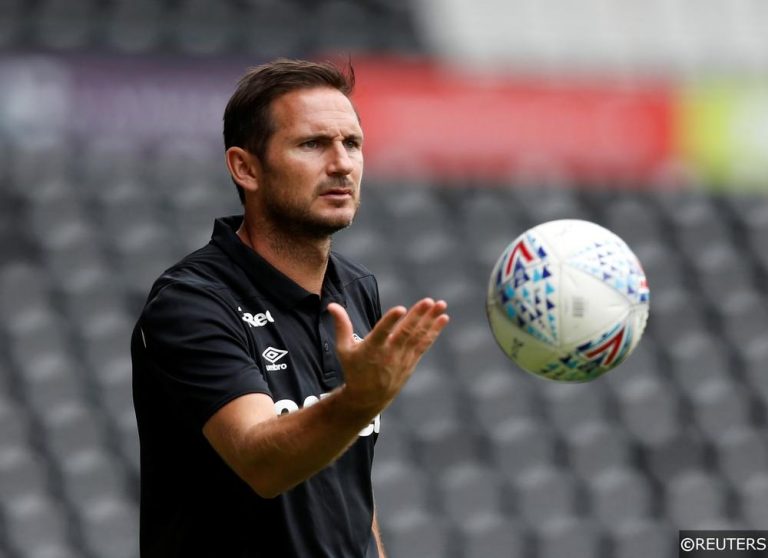 After a loss to Nottingham Forest on Monday night, Derby County have big questions around their promotion push. The Championship‘s perennial playoff contenders are desperate to finally make the step up to the top flight, but they’ve barely been in the automatic promotion race. While there have been positives to take from their season so far, it feels like they’ve reached a crossroads.

Given that it’s a crucial time in Derby’s campaign, we’re taking a closer look at what is ahead. We’re also running through the latest betting odds for the Rams and for their manager, which could suggest what is in store for the pair moving forward. Both are expected to go on to bigger and better things in the future, but will they be doing that together?

Odds Against Derby in Promotion Chase

Forest struck within two minutes to settle this East Midlands derby, as Yohan Benalouane scored the only goal of the game to edge this clash. That win made it four victories in five at home for new Forest boss Martin O’Neill. Losing to their local rivals is obviously a blow to Derby, but it has also dented their chances of getting into the top six. Having spent months in the playoff spots, they now face a huge battle.

The Rams remain two points shy of Bristol City, and that has left them as outsiders for sixth. There’s seemingly only one spot left in the playoffs. The top five look pretty solid, with fifth-placed Middlesbrough seen as the least likely to make it, and they’re priced at 1/7 with bet365 to finish in the top six. That leaves a scramble for the last place, which includes both Derby and Nottingham Forest.

Bristol City are 5/6 with Betfair to hold on to sixth place. Meanwhile, Derby are a 17/10 shot with Paddy Power to reclaim their position in the playoffs. After moving to within a point of the Rams on Monday night, Forest can now be found at 9/1 with Betfair to sneak into sixth late in the campaign. Of course, just making the playoffs isn’t enough for Lampard. Derby are desperate to get back in the top flight, but they have drifted out to 10/1 with William Hill to go up this term. That’s left Lampard up against it to deliver promotion in his first campaign. 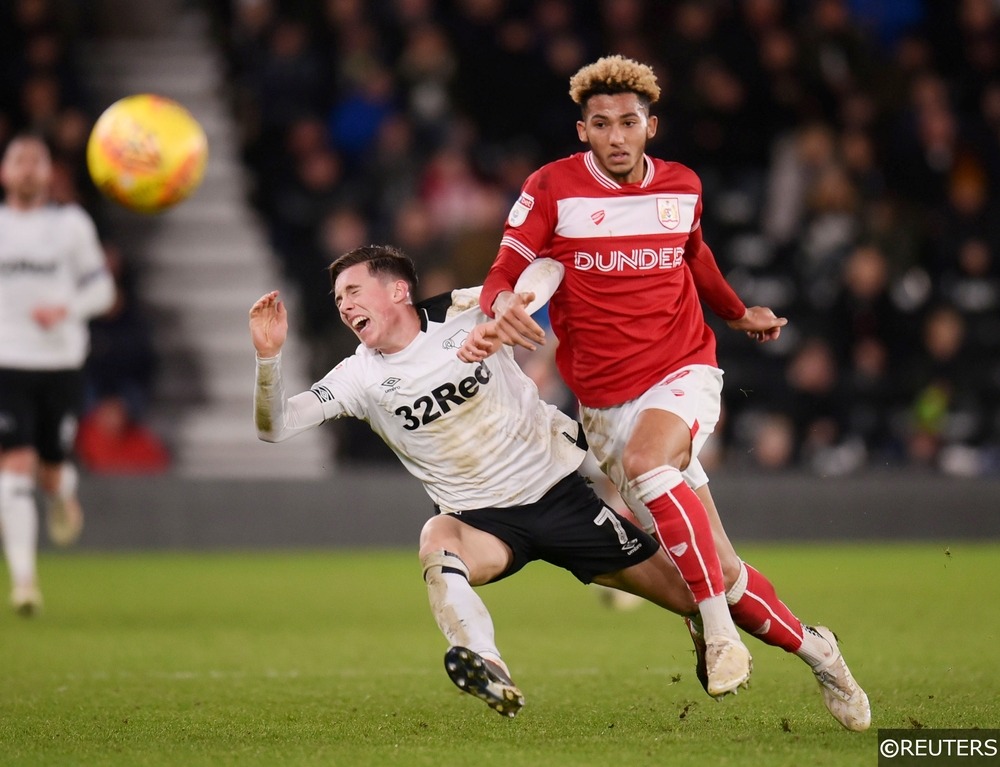 It seems a little simplistic to suggest that a seventh-placed finish would see Lampard depart. However, you do have to wonder how much patience there is at Pride Park. Their strides forward in both cup competitions show that Lampard is a manager who can defy expectations, but could those runs actually be working against Derby?

The Championship season is demanding, it’s something we think may work against Marcelo Bielsa at Leeds. Lampard wants energy from his side, but he played strong teams across eight cup ties this season, two of which went to penalties against Premier League opposition. They contended in all eight of those matches, which comes on top of the 33 Championship games they’ve played.

Mentally their fixture list could look daunting. The Rams are in the middle of 10 matches in five-and-a-half weeks. This is their first midweek off since January and their last before the international break. Their players must be feeling the effects of that, which has left the side priced at 8/11 with Betfair to miss out on the top six.

What Next for Lampard? 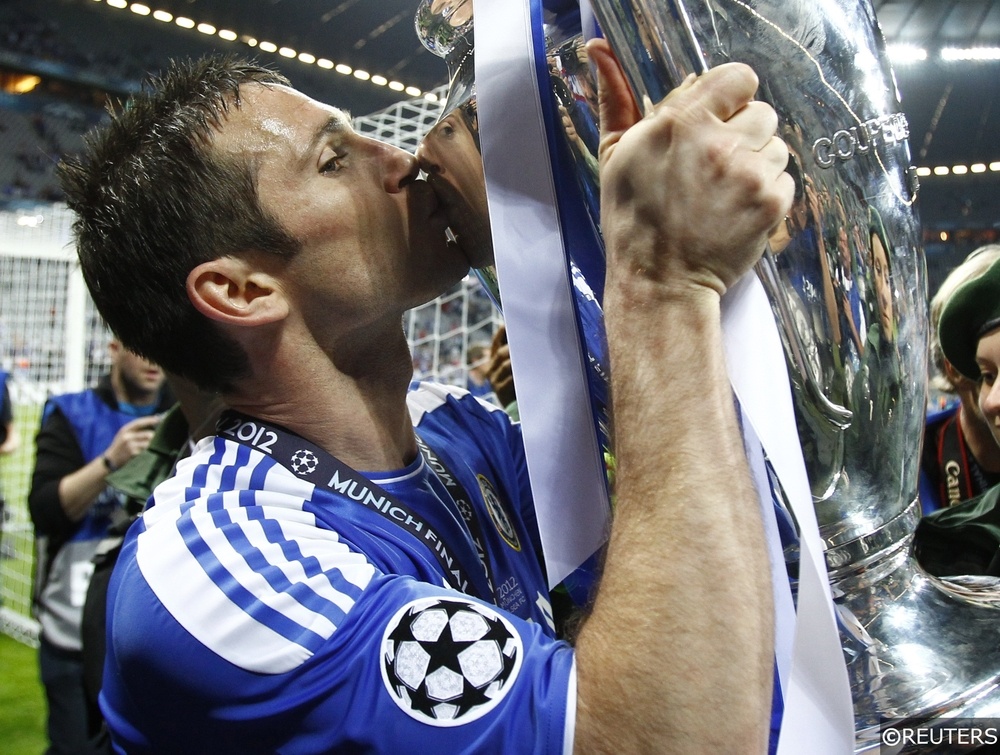 Lampard must be slightly worried about Derby’s revolving door of a hot seat. Since owner Mel Morris arrived at the club four-and-a-half years ago, he’s seen seven managers depart. The expectation on the bosses is to make the playoffs, with promotion their aim. There’s got to be pressure on the former Chelsea man to take Derby up.

It seems like Lampard’s reputation has been enhanced a little more than his results deserve. That he’s a former England international who plays good football on a limited budget has masked some other failings. He’s wide open to criticism if his side don’t make the top six, but he’s likely to come out of his debut season on the touchline in credit regardless.

His reputation is clear when you look at recent reports and the latest betting odds on his future. This month he was linked with the Chelsea job. Even now, he’s third favourite to take the job with BetVictor, where he’s priced at 5/1 to be the next boss at Stamford Bridge. That’s incredible given Roman Abramovich’s aversion to English bosses and Lampard’s brief career.

There is belief that Lampard can go all the way to the top. He’s fourth favourite to be the next England manager, Paddy Power price him at 13/1 for the job, just ahead of Steven Gerrard. For a manager who is set to take Derby to a worse finish than last season, that’s quite surprising. It remains to be seen if that’s all come on name alone, or if he can live up to his potential in the dugout. A lot is likely to depend on how his Derby side finish the season.