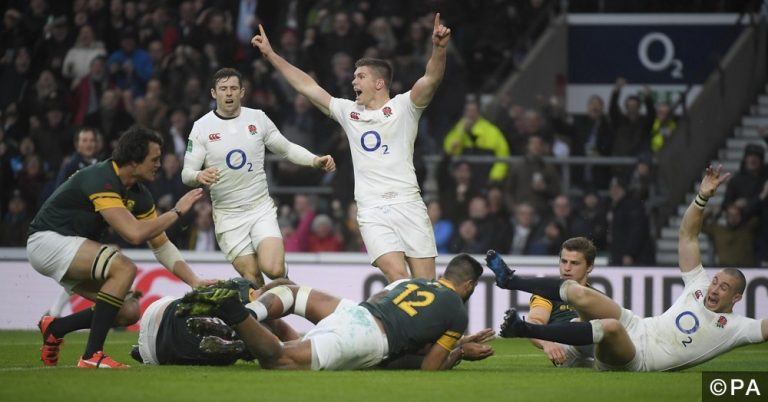 Half way through the Autumn Internationals and England are staking a solid claim to the acolyade of the second best rugby union team in the world. They are unbeaten in 11 games since Eddie Jones took over, helping to eliminate the bad memories of the 2015 World Cup.

England started the 2016 Autumn Internationals impressively, beating South Africa 37-21 – their first victory over the Boks in 12 attempts over 10 years. Ben Youngs and Owen Farrell both put in stand out performances, and it was only a last minute try by the South Africans that made the score quite so respectable. Following that victory, a win against Fiji was expected but England impressed – at least in an attacking sense. Nine tries from five different players saw them dominate the scoreboard, but with Fiji’s tries all coming in the space of just 12 minutes either side of half time, there will be worries against stronger teams. Jonny May and Mike Brown will start, as could George Kruis who has now recovered from ankle surgery and is a welcome replacement for the suspended Joe Launchbury.

Argentina have just three Autumn Internationals this year, and rated just 8th in the world it’s perhaps no surprise they are 0 from 2 so far. That is an unfair reflection on how they’ve played, giving Wales a tough time in their opening game. The home nation had to battle hard against a stubborn performance, and it was only a very late Leigh Halfpenny penalty that put any real breathing space between the two. That defeat was followed by an even closer defeat by Scotland, who required a 80th minute penalty to snatch victory 19-16. Argentina will therefore be hopeful they can make it third time lucky here, and they will prove a handful for England to deal with.

The head to head record speaks in England’s favour here – 14 wins from just 19 games – and that’s backed up by the current world rankings (2nd plays 8th). The bookmakers are certainly on the side of the Red and Whites, making them 1/16 to win and setting the handicap at around -19 points.

In their previous two Autumn Internationals, Argentina have started with a solid defence and then looked to build on that in the second half. Both their previous two games were 6-3 at half time, with far more points coming in the second half when Argentina started pushing forward for points. It’s likely they’ll try and employ the same tactics, although where they’ll be as effective against an England team who racked up 58 points against Fiji, 37 against South Africa and 44 against Australia in their last 3 matches is another question. With Argentina struggling to score tries against Scotland last game, it’s unlikely they’ll put up many points, and the Overs line looks too high. Under 54.5 points at 10/11 on the other hand looks good value for our betting tip for this game, with England up against a far better defence than they faced last time out against Fiji.