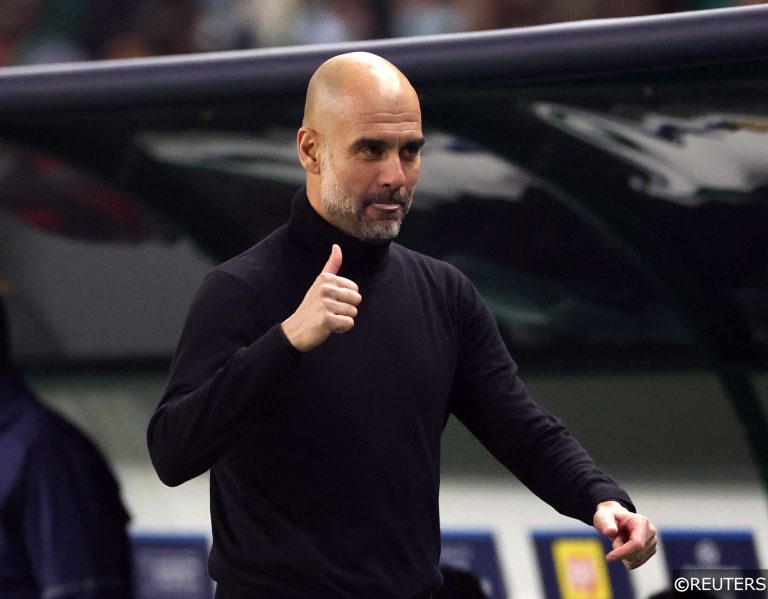 After two years of speculation surrounding his next career move, the immediate future of Erling Braut Haaland was finally confirmed this week as Manchester City captured the Norwegian starlet for what looks to be the bargain price of £51.2m.

Now, we are braced for a long few months of discussion of how the powerful striker will perform in the Premier League and the bookmakers have wasted no time in putting their money where their mouths are.

Haaland has been installed at 3/1 to win the Premier League Golden Boot next term and 14/1 to break Andy Cole’s and Alan Shearer’s record of 34 goals in a season.

But can he cut it in the Premier League or will he, against all odds, become the latest in a long line of Bundesliga flops?

It’s been just six years since Erling Haaland made his first-team debut at Bryne in Norway but an awful lot has happened since Alf Ingve Berntsen gave the then 15-year-old his big breakthrough.

This will be Haaland’s fourth transfer since then and he has never taken long to settle in to his new surroundings.

He has scored 134 goals in 165 games since moving to Molde in 2017 and broken a number of records along the way. It is these records, especially the Champions League ones, that will help dispel any fears of the 6ft 4in striker not being able to cut it in the Premier League.

His record since moving to Dortmund speaks for itself. He began his career at BvB by becoming the first player since Pierre-Emerick Aubameyang to score a debut hat-trick for the club, and he achieved off the bench, in just 23 minutes, with his first three shots on target.

Since then he has averaged almost a goal-per-game for the club and of players in Europe’s top five leagues, only Kylian Mbappe and Robert Lewandowski have scored more than him since his Dortmund debut.

Mohamed Salah and Harry Kane have dominated the short end of the Premier League top goalscorer market for years but Haaland’s arrival will add a new name to the favourites list.

Priced at 3/1, Haaland is almost certain to be the outright favourite for the Golden Boot next season and it is easy to see why.

He has averaged a goal every 1.08 games in the Bundesliga since joining Dortmund and while some may point to the Bundesliga being a weaker league, it is easy to overlook the other side of that particular coin.

He will be joining one of the most successful and dominant sides in Premier League history and has the likes of Kevin De Bruyne and Bernardo Silva to provide ammunition for his unquenchable thirst for goals.

Could injuries hold him back?

Really, the only thing holding him back is his injury record – Haaland has missed 143 days of action since his arrival in Germany and has been unavailable for 16 games this season alone, an absence rate of 35%.

It’s worth noting this is his worst season for injuries to date and he has still managed 21 league goals in 23 appearances but, extrapolated out, that would mean he is expected to play 25 Premier League games next season.

With a goals-per-game ratio of 0.89, we can forecast around 23 goals for Haaland in his maiden Premier League campaign, although if Pep Guardiola can keep the sharpshooter fit I expect to see that tally rise.

23 goals would have been enough to tie Haaland with Jamie Vardy and Harry Kane in 2019/20 and 2020/21 respectively, while he would have snatched the Golden Boot from the shared trio of Pierre-Emerick Aubameyang, Sadio Mane and Mohamed Salah in 2018/19.

With this in mind, I quite like him at 3/1 to win the Golden Boot and if he is kept fit backing him to break into the 31-34 goal bracket looks achievable, too.