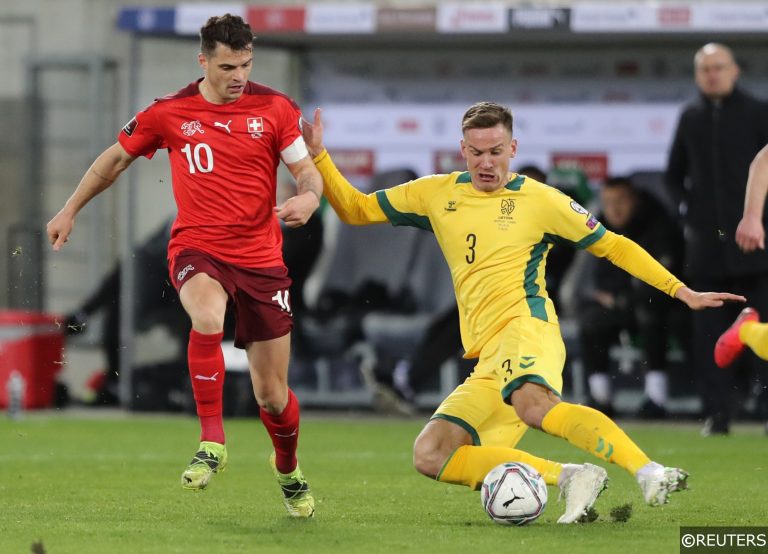 Switzerland’s only taste of European Championship football outside of the group stage came five years ago, when the competition was expanded with an extra knockout round. An exit to Poland on penalties followed for the Swiss, who have been knocked out at the last 16 stage at three of their last four World Cup campaigns too.

Lightweight Swiss have little to offer

Despite qualifying for the tournament top of their group, Switzerland head into this summer following a string of missed opportunities. Last 16 exits to Poland and Sweden at their last two major tournaments and a Nations League semi-final loss to Portugal in the last three years will all go down as disappointments.

Even in their qualifying campaign the Swiss made hard work of a group containing the Republic of Ireland, Georgia and Gibraltar. They had to win their final three games to make the tournament, after picking up only eight points from their opening five.

Ultimately, the Swiss have a familiar set-up to recent years. They’re impressive at the back where Fabian Schar, Manuel Akanji, Nico Elvedi and Ricardo Rodriguez battle for three places at centre-half. However, their eight selected forward players have scored only 50 international goals in a combined 233 appearances. Their lack of firepower leaves the Swiss facing another disappointing summer.

One to watch: Xherdan Shaqiri

Despite not yet being 30, Shaqiri is comfortably within veteran territory in this Swiss squad. Only captain Granit Xhaka has amassed more caps than the Liverpool man amongst their Euro 2020 squad, with the Liverpool player scoring 23 times in 89 international appearances.

Shaqiri is capable of brilliant moments of magic and he’s delivered on the big stage already. The winger has a World Cup hat-trick, a place in the inaugural Nations League team of the tournament and two vital goals at the last two international tournaments under his belt. While he’s a bit-part player at Anfield, he’s the main man up front for his national side. 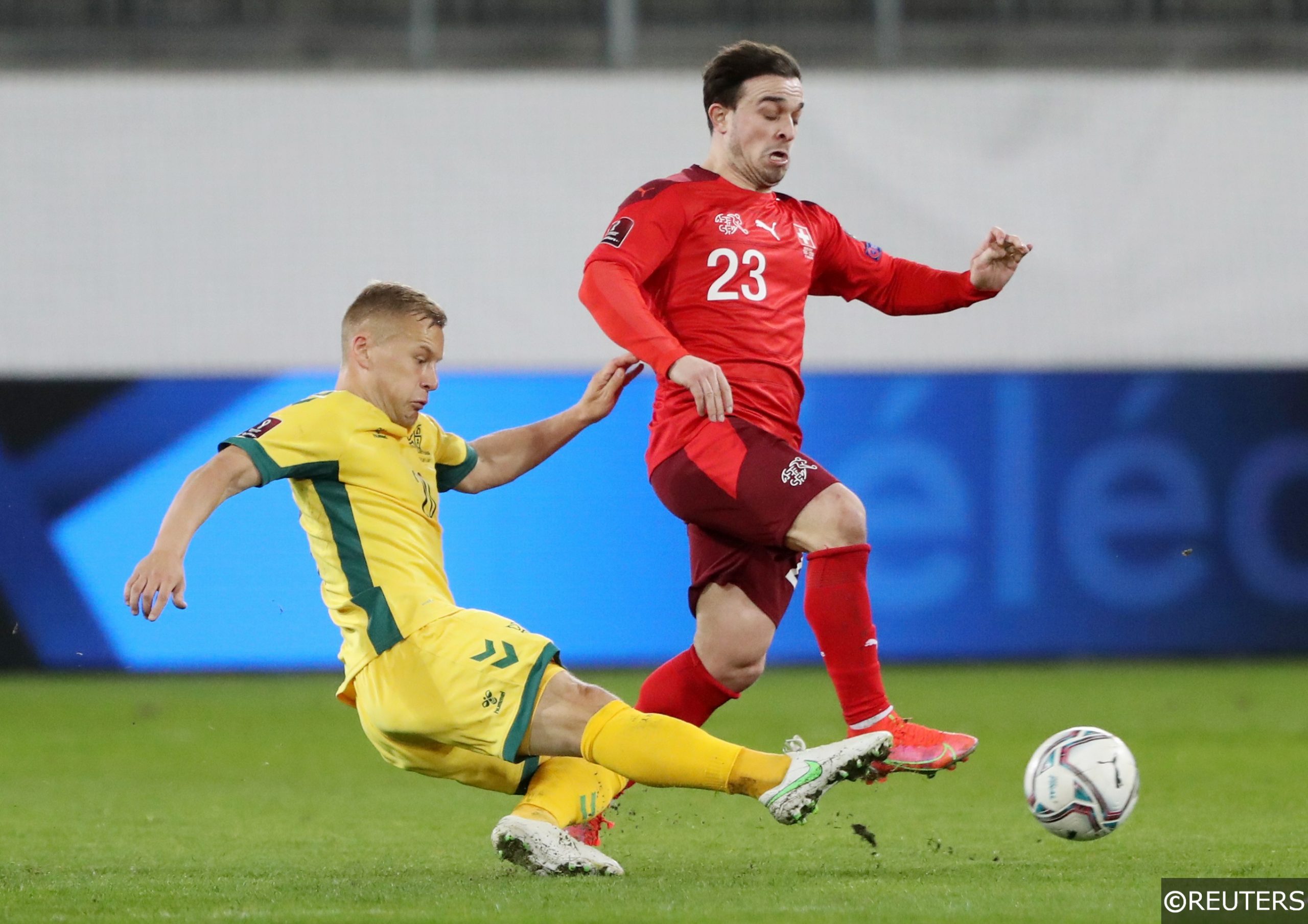 At the other end of the scale for Switzerland is Augsburg’s Ruben Vargas. He’s a winger very much in Shaqiri’s mould, which has earned some very obvious comparisons so far. The 22-year-old will look to make a splash at Euro 2020 having scored twice in 11 appearances for his national side.

Having scored 12 times across the last two Bundesliga campaigns, expect Vargas to provide some threat for a Swiss side who could use another creative force up front.

Switzerland conceded only six times in their eight Euro 2020 qualifiers, but all six came in the final 16 minutes of games. Four of those strikes were shipped to potential Last 16 opponents Denmark.

Switzerland have the kind of unspectacular set up which can handle a group containing Wales and Turkey, while they could even frustrate Italy. However, their best-case scenario for the first knockout round is a pairing with Denmark, which even then would probably be beyond the Swiss.

If they could only finish third behind Italy and Wales, then Switzerland would be likely face one of Belgium, Netherlands, Spain or France. While we don’t expect the Swiss to be embarrassed at any point at this tournament, they’re unlikely to go far.

Having bowed out in the round of 16 at three of their last five major tournaments, we’re backing the Swiss to suffer the same fate.