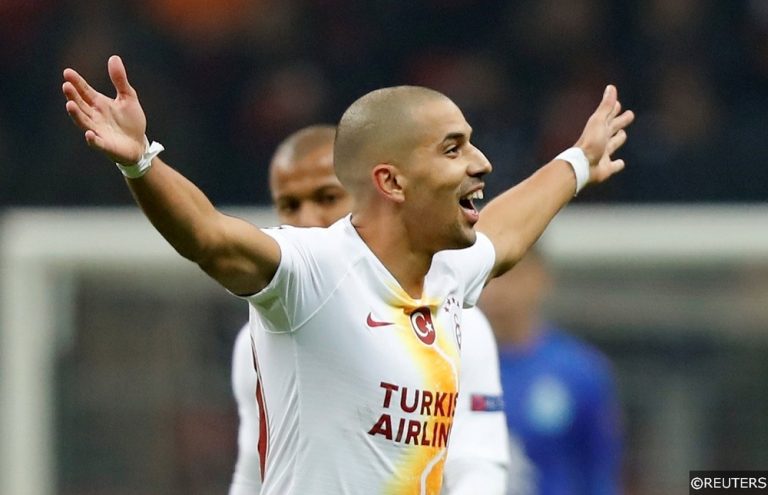 The final round of Europa League qualifiers take place on Thursday, with the winners securing spots in the group stages and the losers dropping down into the Europa Conference League.

Fenerbahce won the first leg 1-0, but HJK did manage to create a few opportunities despite failing to register a shot on target and with home advantage they should be able to get on the scoresheet in this return fixture.

As is the case with the Galatasaray game, we fancy Sturm Graz to win there home leg against SK Mura but the Slovenian visitors can get on the scoresheet.  Both teams scored in the first leg, a 3-1 win for Sturm Graz, and both teams have found the back of the net in six of the Austrian outfit’s seven games so far across all competitions.  Mura have played five away games so far this term and have managed to at least score in all of them.

Rangers managed a 1-0 win over Alashkert in the first leg of this fixture at Ibrox despite playing the entire second half with 10 men.  If they can keep their full compliment on the pitch on Thursday, they should have far too much quality for their Armenian hosts.

Rapid Vienna won the first leg of their tie with Ukrainian outfit 3-0 and we’re expecting more goals in the return fixture.  There have at least three goals in total in each of Rapid’s last six games and in four of Zorya’s last five.

Celtic may have made it six wins in a row against St Mirren at the weekend but it’s worth noting that five of these victories have come at Celtic Park and The Bhoys don’t have the best away record over the last few months.

Their only away victory this season – and in the last nine competitive away games, for that matter – came at Jablonec at the start of their winning run and while AZ have lost both games this season their performances at the AFAS Stadion were excellent last season.

The hosts have won seven competitive games on the spin on home soil, scoring 21 goals in the process. The 2-0 deficit might be too much to overcome back in the Netherlands, but they can end Celtic’s winning streak on Thursday.

It would take a monumental effort from Cluj to turn this tie around after a 4-0 mauling in Belgrade, but their home form does suggest they can get a result and the first leg wasn’t as one-sided as the scoreline suggests.

Cluj are unbeaten in the last five home games (W4, D1), and that run includes a draw with a strong Young Boys side in Champions League qualifying, while Crvena Zvezda, aka Red Star Belgrade, have lost both of their previous away fixtures in European qualifying this summer.

Olympiakos simply outclassed Slovan Bratislava in the first leg and they can pick up da victory in Slovakia to finish off this tie.  Slovan didn’t even register a shot on target in the first leg and given Olympiakos’ strong defensive record – they have three clean sheets in five games this season – they can win this one to nil.

Slavia were held to a 2-2 draw by Legia in the first leg of their Europa League qualifier but the Polish club  were perhaps lucky to come away from Prague with a draw. Legia scored two goals with just two attempts on target, and three in total.  Slavia managed 17 attempts in total and as they head into this game on the back of a four-game unbeaten run (W3, D1) we feel they can get the win they need to secure a Europa League berth here.