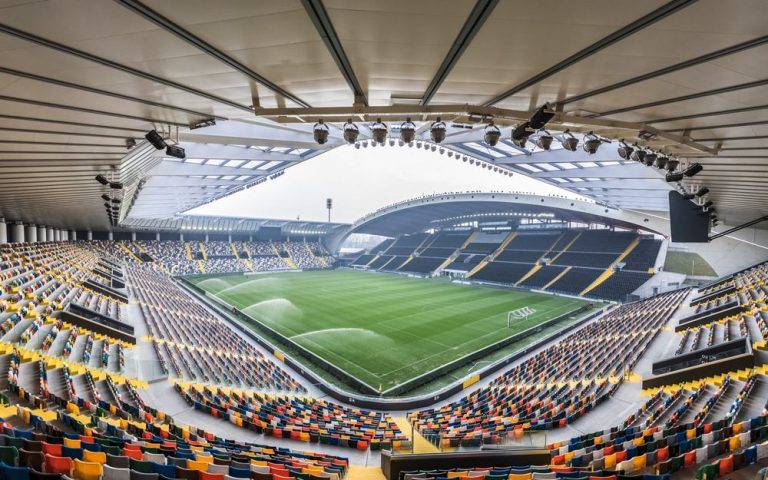 Germany will meet Spain in a heavyweight 2019 UEFA European Under-21 Championship Final this weekend after both teams came from behind to win their semi-finals against Romania and France on Thursday.

The Germans trailed Romania 2-1 at half time in their semi final in Bologna, before they launched a stunning second half comeback that included 2 incredibly dramatic injury time goals from Luca Waldschmidt and Nadiem Amiri.

In their semi final, Spain recovered quickly from an early setback against France to run out resounding 4-1 winners in Reggio Emilia.

The Final, scheduled to take place at the Dacia Arena in Udine on Sunday, will be a repeat of the 2017 Euro U21 Championship decider, which Germany won 1-0 thanks to a first half goal from fullback and unlikely hero Mitchell Weiser.

Let’s take a closer look at some of the most important individual duels that could play a key role in deciding the outcome of Sunday’s Final.

Make sure to read our detailed match preview of Sunday’s game for more Spain vs Germany predictions and betting tips.

Highly-rated Bayer Leverkusen and Germany U21 centre half Jonathan Tah will need to draw on his considerable defensive acumen if he is to limit the influence of Spain star Mikel Oyarzabal.

The Real Sociedad youngster has been consistently outstanding for La Roja throughout their impressive U21 European Championship campaign, scoring twice in 4 appearances to fuel his teams drive for glory.

Oyarzabal’s quick feet and intelligent movement make him a handful for any defender, though Tah is equipped with the right skill-set to make him a worthy antagonist for the Spaniard.

Tah has completed more clearances (3.3) and made more interceptions (1.8) per game on average than any other German player involved in the U21 European Championships in Italy, and the 23-year old will need to maintain those numbers to keep Oyazarbal on the periphery of the action.

23-year old Freiburg striker Luca Waldschmidt has undoubtedly been Germany’s star man in the U21 Championships so far, netting an incredible 7 goals in 4 games during an insanely prolific tournament.

Waldschmidt’s haul is a record equalling total for the Championships, and the former Hamburg youngster needs just to hit just one more goal to make history.

On Sunday, Spain’s Jesus Vallejo will be tasked with keeping the on-fire Waldschmit under wraps in Udine, though he will need plenty of help from the players around him to keep the German striker quiet.

The Real Madrid defender started 3 of Spain’s 4 matches at the Championships, making 2 tackles and completing 3.3 clearances on average per 90 minutes of action in Italy.

Versatile, pacey wide attacker Marco Richter has been thoroughly enjoying himself for Germany at the U21 Championships in Italy.

The 21-year old Augsburg prospect has scored 3 and created 2 goals for the Germans since they kickout off their tournament in style against Denmark with a 3-1 win on June 17th – a fixture that Richter registered twice in.

Martín Aguirregabiria, one of the most experienced members of Spain’s squad, will come up in direct opposition to Richter on Sunday, and the Alaves fullback will hope to put his extensive La Liga knowhow to good use against his less battle-hardened foe.

The 23-year-old has made 2.3 tackles per appearance at the Championships – a total only bettered by his defensive teammate on the opposite flank Aarón Martín (3).

In a head-to-head duel between two of the most-high profile players involved on Sunday, Borussia Dortmund schemer Mahmoud Dahoud will be attempting to out-manoeuvre Napoli technician Fabian Ruiz.

23-year old Dahoud only has 1 goal and 1 assist to his name in the U21 Championships so far, though his key (2.5) and average passes (62.8) played per game stats help to shine a light on how influential he has been for Germany.

Fabian Ruiz has been pulling the strings for Spain with similar effect, hitting 2.3 key passes on average per 90 minutes and hitting 63.3 passes per contest on average overall.

If either player can pass their way to midfield ascendancy in Udine on Sunday, they could go a long way to controlling and ultimately deciding the game for their team.

All-action midfielder Maximilian Eggestein has generally occupied the central position in a German midfield 3 in the European U21 Championship so far, and the 22-year old Werder Bremen man is 1 of 8 compatriots to have started all 4 matches for the Germans to date.

On Sunday, Eggestein will be patrolling the same area of the pitch that Spain’s main creative outlet Dani Ceballos tends to frequent.

Along with scoring 2 goals for Spain in the Group Stage, Ceballos has notched 2 assists so far, and the Real Madrid man has played more key passes on average per game (3) than any of his teammates at the Championships.