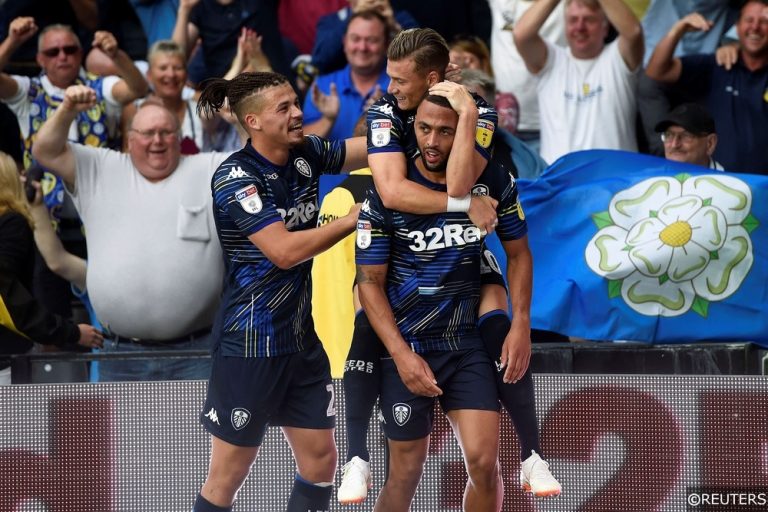 Last week we introduced our week one round up of expected goals in the Sky Bet Championship. This week we had a couple of midweek games and a full schedule of weekend action to get stuck into.

Before we go any further, let’s recap on the definition of expected goals.

Norwich – An absolute thriller at Carrow Road on Saturday ended in a quite remarkable loss for Norwich despite dominating on expected goals. West Brom had been on the unfortunate end for the first couple of games, losing to Bolton in a 1.36 vs 1.32 xG in the opening game of the season. Then drawing 1-1 with Nottingham Forest despite creating 2 vs 1.02 on xG during the week. That won’t ease the pain for Norwich fans and their fortunes should change soon.

Reading – The Royals are another club who have got off to a rough start on the xG front.  They fell to a last minute loss against Derby on the opening day of the season when ahead on xG and they lost against Nottingham Forest on the weekend in a fairly even game 1.35 vs 1.08. They aren’t creating a huge amount of chances but should see Saturday’s fixture against Bolton the ideal time to pick up their first points of the season.

Ipswich – Michael Smith’s 90th minute winner for newly promoted Rotherham must have made the three hour trip back home painful for Ipswich fans. They were lucky on the opening day to pick up a point against Blackburn and face a tough trip to in form Aston Villa on Saturday

Leeds – The 4-1 victory away at Derby was their second successive xG flattering. They’ve scored a total of seven goals from an expected 2.89. Rotherham are up next for Bielsa’s men then it’s a tricky trip away at Swansea.

Nottingham Forest – Expectations and excitement were sky high around the City Ground before the start of the season and results have been steady during the first three games. However they were lucky to get a point against West Brom with a 1.02 xG vs 2 and were fortunate to beat Reading with a 1.36 xG vs 1. They face Wigan away next game who have been in two high scoring games so far this season.

Don’t forget to check out this weekend’s Championship predictions which will be live from Thursday.