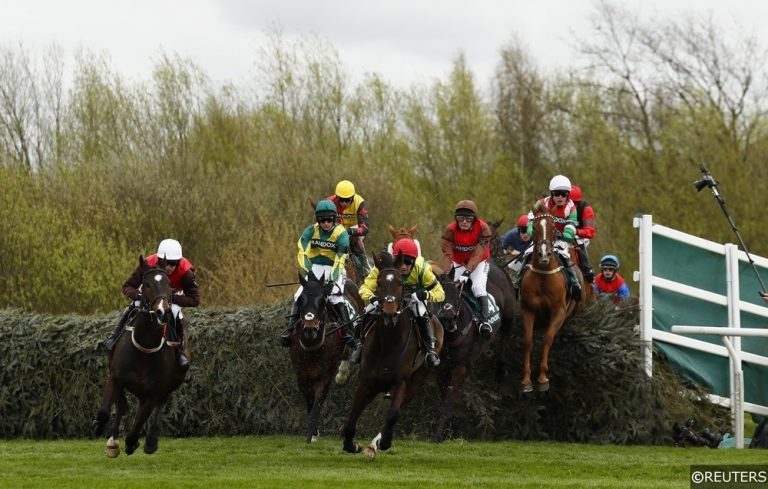 The Grand National is the highlight of the racing calendar, but it’s just the pick of the races tomorrow at Aintree. Given that, we’ve called on Warren Ashurst to put together his picks not just for the National, but for the day’s racing.

He’s put together a 1137/1 acca which you can see below, alongside three best bets for the Grand National.

Sam Twiston-Davies has enjoyed six wins in the last 14 days and could be celebrating again on Saturday, courtesy of Good Risk At All.

The six-year-old goes into this race off the back of an impressive nine-length victory at Ascot in February, with Sam Thomas on board once again.

After winning the Arkle Chase at Cheltenham, Edwardstone is the favourite to win this but the Irish challenge is the big threat to Alan King’s charge.

Gentleman de Mee has won two of his four chase starts, including a 16-length success at Navan last time out under Mark Walsh. The Willie Mullins-runner is officially within 3lb of Edwardstone on the ratings.

Flooring Porter was outstanding in victory in the Paddy Power Stayer’s Hurdle at the Cheltenham Festival and a repeat of that performance should clinch victory again here.

The seven-year-old, ridden against by Danny Mullins, has won five of his last seven starts over hurdles and looks the one to beat in this Grade 1 contest.

The JP McManus-owned Any Second Now finished third in the National last year, having been hampered at the 12th fence – eventually finishing eight lengths behind the winner.

The 10-year-old comes to Aintree off the back of a win at Fairyhouse in February and is looking to give trainer Ted Walsh his second Grand National success, following Papillon’s victory in 2000.

On top of our accumulator tip, we’ve also highlighted some of the best options for the National with 40 horses in the running.

With 30 fences to clear and a trip of four miles and three furlongs, it’s a stern assessment of both a horse’s jumping ability and its stamina. Given that, here are a few picks who are worth a look this weekend.

The recent form line of Eclair Surf makes interesting reading and many feel the eight-year-old has got every chance of claiming Grand National success on Saturday.

The Emma Lavelle-trained charge won by 13 lengths at Warwick in January and followed that up with a second at Newcastle, behind Win My Wings – who won the Scottish Grand National.

This will be his first run at Aintree by he heads to Liverpool in confident mood and looks to have valid claims of a dangerous mark.

Colin Tizzard has won most of the big prizes in jumps racing and the trainer hopes to end his illustrious career with a Grand National winner.

His Dorset-based stable has two runners in Saturday’s big race – Lostintranslation and Fiddlerontheroof – with the latter looking like Tizzard’s best hope.

Fiddlerontheroof was second in a Ladbrokes Trophy at Newbury this season and was unfortunate when beaten by Fortescue at Ascot in his last run.

The eight-year-old has been described by Tizzard’s son, Joe, as a “proper National horse” and seems certain to last the trip at Aintree.

The bigger price option, Two For Gold is a progressive sort and looks an interesting prospect after an impressive jumps season to date.

Trained by Kim Bailey, the nine-year-old has won two of his last three races and finished second in the other – 1 ¾ lengths behind Fakir D’oudairies at Ascot in February.

Two For Gold definitely stays three miles, having won at that distance at Doncaster in December. This trip is new territory, but he has got experience of Aintree having run in last year’s Topham Chase.

Back the best horse for your Premier League club