Here at Free Super Tips we see Boxing Day as a second Christmas with all the football we’re gifted on that magical day. And what better way to follow every Premier League game than through fantasy football with your mates?

Wednesday is a monster Premier League day too. Fulham and Wolves get us started in the early kick-off before the 3pms see the top three in action. Brighton host Arsenal and Watford host Chelsea on Saturday evening before Southampton and West Ham finish off proceedings on Thursday.

As always, we’ve also got extensive analysis on every Premier League game, something that will only help you make decisions on your fantasy football team. Here are some of the best long-term and differential options available for Gameweek 19. Find them below. 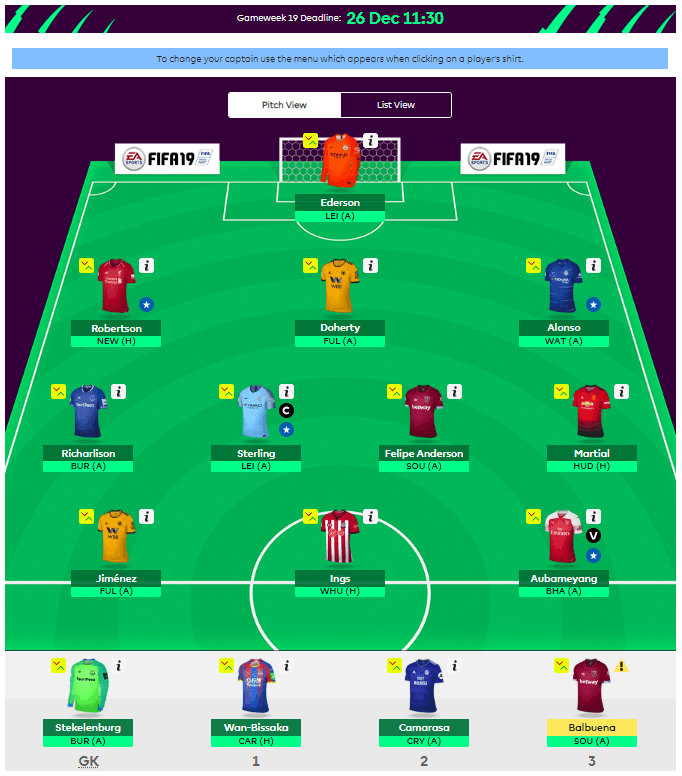 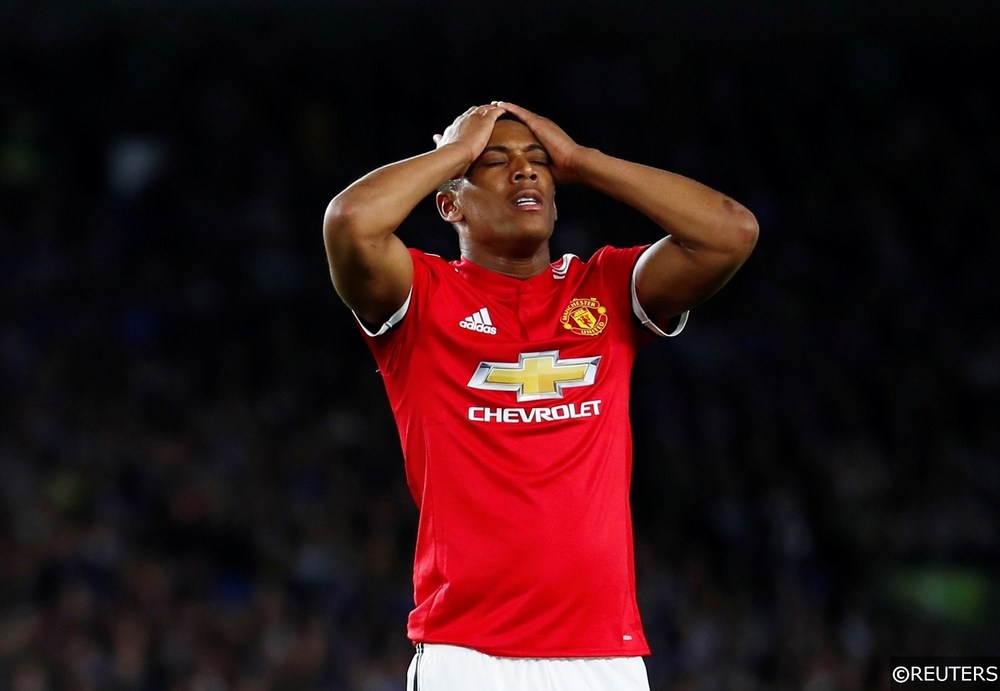 Manchester United appointed former player Ole Gunnar Solskjaer as caretaker manager last week and he was quick to restore United’s attacking values, albeit in a 5-1 win against Cardiff City. Martial was one of four United players to get on the scoresheet against the Bluebirds and a positive run of form could be imminent after looking at some of their upcoming fixtures.

Solskjaer’s side host Huddersfield on Wednesday and Martial’s underlying numbers show why he’s the one to keep an eye on. Despite seeing limited minutes under Mourinho, he is United’s top scorer and best creative outlet in terms of key passes – i.e. creating chances. It’s reasonable to expect those numbers to rise against a Huddersfield side that has kept just one clean sheet away from home.

Richarlison’s up and down 17/18 campaign at Watford was correlated to one major variable – the presence and eventual absence of manager Marco Silva. So when the Brazilian was reunited with the Portuguese coach at Goodison Park, it came as no surprise that the forward got off to a flyer. Now, at the half-way mark of the season, he’s scored eight and assisted two over just 16 appearances for Everton.

He assisted one in The Toffees’ 6-2 defeat to Spurs last weekend and his recent promising displays make him a desirable target ahead of a match away to Burnley. Sean Dyche’s side have kept a clean sheet in just 22% of their Premier League matches in 18/19 and they’ve also conceded two goals or more in five of their eight league outings at Turf Moor.

Robertson has been one of the standout fantasy football players this season. He’s made the 3rd most key passes (23) among defenders and only Mohamed Salah (39) has a better number within the Liverpool team. The Reds’ concrete defensive form has also seen him tally 11 clean sheets and he’s now the top-ranking defender based on total FPL points.

Liverpool’s home match against Newcastle is yet another favourable fixture to further the Scotsman’s potential. Liverpool have conceded just two goals at Anfield this season and Newcastle have failed to score in 38% of their Premier League away days too. Robertson’s combined attacking and defensive proficiency make him the one to watch.

Danny Ings’ is back from injury after a month out and already looks the most viable budget forward in the game. Over ten starts for the Saints, he has scored seven goals and assisted one. Only ten Premier League players have scored more goals than him this season too. Of those, only Anthony Martial has featured for fewer than Ings’ 962 minutes.

Southampton’s match at home to West Ham on Thursday offers a reasonable chance for the Saints to keep up their scoring form under manager Ralph Hasenhuttl. West Ham have kept a clean sheet in just 25% of their league away days and only three sides (Man City, Chelsea and Liverpool) have taken more shots on goal than Southampton.

Everton’s Lucas Digne has been one of the most impressive creators in the Premier League this season! His 34 key passes – helped by his set-piece duty – rank him 9th overall in that regard, but notably, rank him top among defenders – Watford’s Jose Holebas is next closest (25). No question then that he’s been unlucky to have earned just two assists so far.

Digne’s desirability as a Fantasy Premier League asset should be boosted in coming weeks thanks to Everton’s fixtures. The Toffees were in reasonable defensive form before recent matches against Liverpool, Man City and Tottenham and they face just one of the ‘big six’ over their next ten fixtures.  Marco Silva’s men start that run off with a trip to Burnley on Tuesday.