Christmas keeps on coming as one last footballing weekend sees out 2018 in style… and what better way to follow every Premier League game this weekend than with a bit of fantasy football?

Saturday kicks off with five 3pm matches before Liverpool host Arsenal at Anfield at 5:30pm for the main event. Super Sunday doesn’t look too bad either. Chelsea, Man City and Man United are all in action over as many as four games that day.

As always, we’ve also got extensive analysis on every Premier League game, and we’ve used that to find some of the best long-term and differential options available for Gameweek 20. 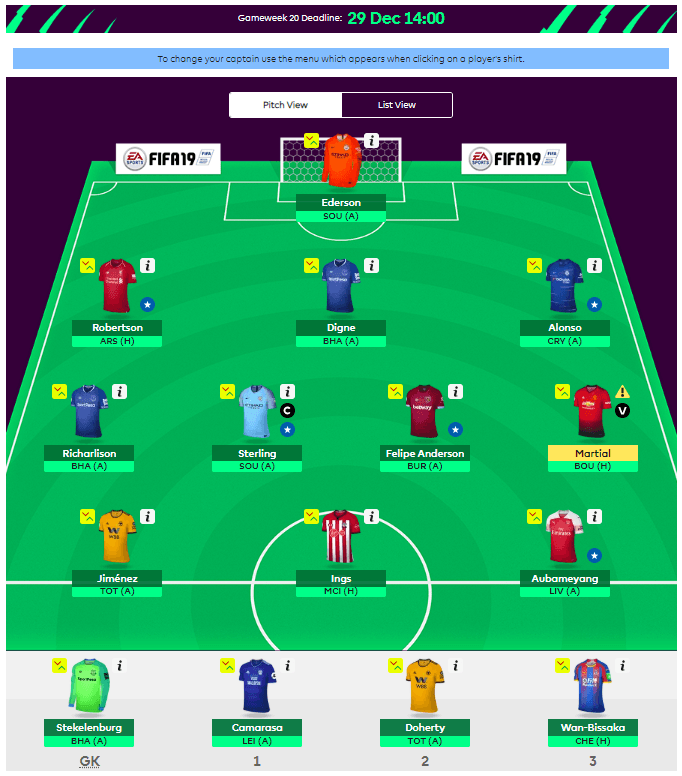 Jamie Vardy hasn’t been a standout performer this season, but following some promising Leicester performances, he does look a good option for the coming weeks. Vardy recorded a goal and an assist in two wins over Chelsea and Man City respectively and when going back even further he’s returned more than the minimum two points in four of his last five Premier League outings.

Vardy, who has been an FPL favourite for years but is owned by just 4% of managers this season, looks set to continue his form this weekend. Leicester’s favourable run of fixtures begins with a match at home to Cardiff City. Neil Warnock’s men have conceded two goals or more in five of their eight Premier League away days this season – good news for the Englishman.

Caretaker manager Ole Gunnar Solskjaer has been quick to restore Manchester United’s attacking values, albeit in 5-1 and 3-1 wins against Cardiff City and Huddersfield, since being appointed to the position almost two weeks back. His most notable change? The reintroduction of Paul Pogba into a pivotal role in midfield. The Frenchman has scored two and assisted three since.

Solskjaer’s side host Bournemouth on Sunday and Pogba’s underlying numbers show why he’s the one to keep an eye on. Despite seeing limited minutes under Mourinho, he is United’s third top scorer and best creative outlet in terms of key passes – i.e. creating chances. You’d expect these numbers to rise against a Bournemouth side that has conceded 12 goals over their last four away days.

Richarlison’s up and down 17/18 campaign at Watford was correlated to one major variable – the presence and eventual absence of manager Marco Silva. So when the Brazilian was reunited with the Portuguese coach at Goodison Park, it came as no surprise that the forward got off to a flyer. Now, at the half-way mark in the season, he’s scored nine and assisted two over just 17 appearances.

He scored one off the bench in The Toffees’ 5-1 win away to Burnley last weekend and his recent promising displays make him a desirable target ahead of a match away to Brighton. Chris Hughton’s side have kept a clean sheet in just 16% of their Premier League matches in 18/19 and they’ve also conceded more than one goal in two of their last three outings. 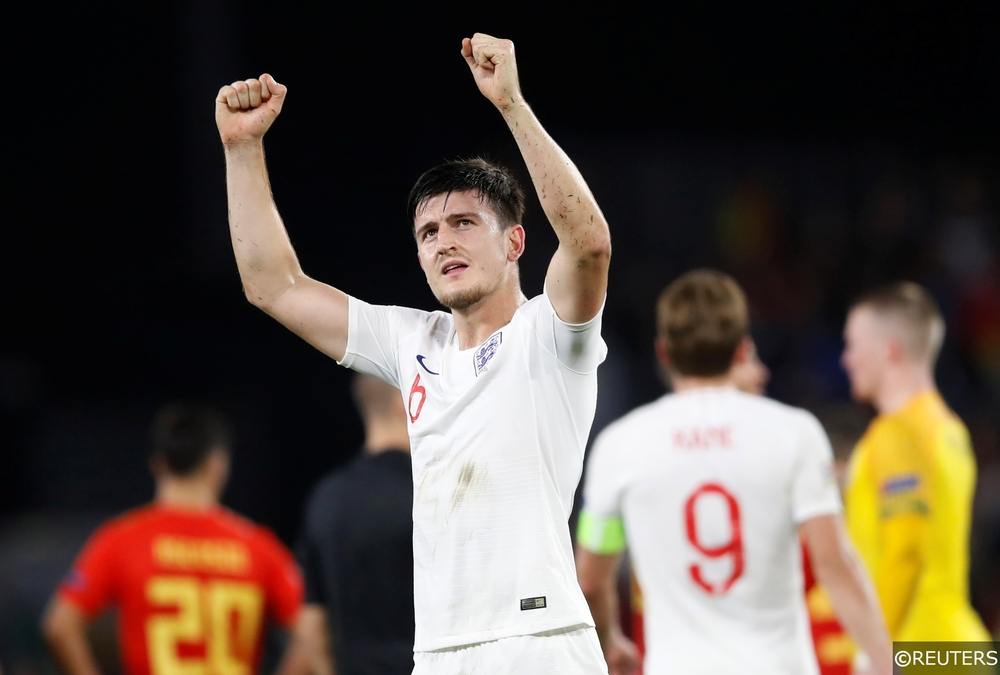 If you had told us two weeks back that Leicester would only have conceded one goal over two fixtures against Chelsea and Man City we wouldn’t have believed you. Leicester defence was rock solid over the Christmas period and it should continue to be so in the coming weeks – only five teams have kept more clean sheets than The Foxes.

Leicester host Cardiff on Saturday and it’s England centre-back Harry Maguire who looks to benefit. Not only have Cardiff scored the fewest goals in Premier League away matches this season (5), but Maguire’s threat from set-plays and the delivery provided by James Maddison (£6.8m) should be a key. Only Newcastle (90) have allowed more chances from set-pieces than Cardiff (86).

Everton’s Lucas Digne has been one of the most impressive creators in the Premier League this season. His 35 key passes – helped by his set-piece duty – rank him 11th overall in the league in that regard and, notably, rank him top among defenders – Watford’s Jose Holebas is next closest (27). No question then that he’s been unlucky to have earned just two assists so far.

Digne’s desirability as a Fantasy Premier League asset should be boosted in the coming weeks thanks to Everton’s fixtures. The Toffees were in reasonable defensive form before recent matches against Man City and Tottenham and they face just one of the ‘big six’ over their next nine. Marco Silva’s men start that run off with a trip to Brighton on Saturday.